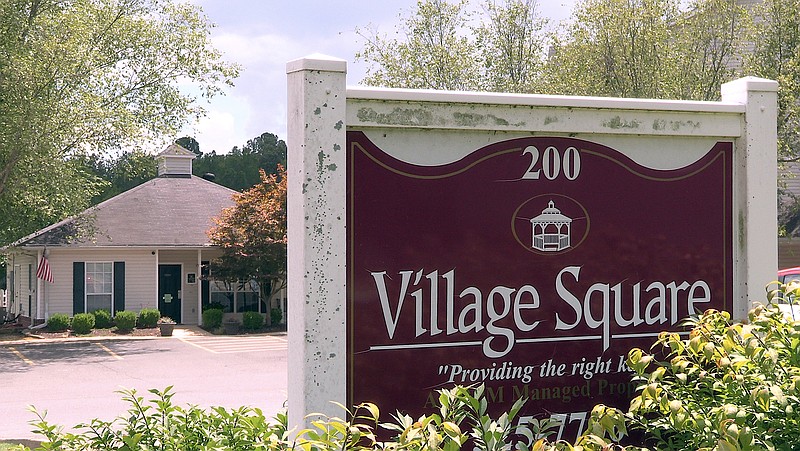 "Arkansas is a good market to own rental properties," he said. "There's jobs and stability, and some nice communities to choose from. It's a strong market across the board."

A subsidiary of Rector Phillips Morse Inc. built Village Square and owned it prior to last week's sale. According to property records, Haley Communities assumed the 2020 mortgage secured by the complex.

"We don't plan on making any real changes right off the bat," Arnold said. "We plan on operating the way it has been until this point."

Village Square is part of the 621 acres the city of Hot Springs annexed in 2018 near the Hot Springs Creek Basin of Lake Hamilton under the enclave provision of state law. Enclaves are unincorporated areas surrounded by corporate limits that a city's governing body can annex by a two-thirds vote of its members.

The Hot Springs Board of Directors adopted an ordinance annexing the area in January 2016. In 2015, the Legislature broadened the definition of enclave to include land bound by municipal territory on three sides and a lake or a river on a fourth.

The July 2014 fire that forced the evacuation of a Village Square building came up during oral arguments in the lawsuit challenging the city's annexation. The Arkansas Municipal League attorney who represented the city cited the fire in support of his argument that annexation would result in improved fire protection for the area.

According to the negligence claim the insurer of a displaced tenant filed in 2016 against two other tenants and the complex owner, the fire was caused by unextinguished smoking materials left unattended. The Lake Hamilton Fire Department told The Sentinel-Record the day of the fire that the building didn't have sprinklers.

The negligence claim was settled out of court, according to court records.