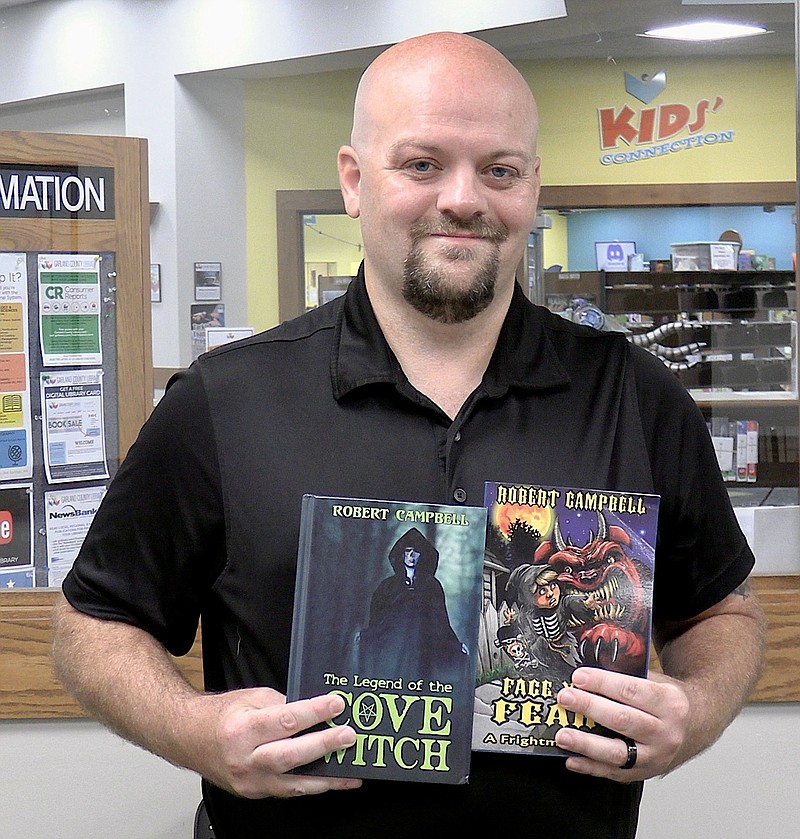 Hot Springs-based author Robert Dustin Campbell recently holds up two of his published books inside the Garland County Library. He is currently working on two others he hopes to have out soon. - Photo by Donald Cross of The Sentinel-Record

Local author Robert Dustin Campbell says the effects that come from reading a good book, such as the educational value and escape, are just as prevalent for someone writing a book.

That, and his passion for helping kids read, is what drives him to spend a significant portion of his free time writing children's books.

"I'm a kids' author; I want kids to read. That's the whole reason for doing this. And it's OK to have an imagination," he said recently during an interview at the Garland County Library.

His first book, "Face Your Fears," in 2020 was followed by "The Legend of the Cove Witch" in October of last year. While his books are available on Amazon, he said the majority of his sales come from the various conventions and events attends.

"If I had to tell you that I was making money off of Amazon, I'd be lying to you," he said. "I'm not; I've made more money here lately going to the cons and stuff that I've been attending."

He and his illustrator, Chris Meeks, plan to have a booth at this year's Spa-Con -- a multi-genre entertainment and comic convention, hosted by the Hot Springs Convention Center and Visit Hot Springs. Scheduled for Sept. 23-25, he said he plans to bring 150-200 books to sell.

Meeks, who is a Hot Springs-based illustrator, recently performed the interior illustrations for the legendary "Goosbumps" author, R.L. Stine's, revamp of the Garbage Pail Kids series from the 1980s.

While a fan of all horror, he said telling scary, mysterious and adventuresome stories for kids is where his passion lies. His books are generally aimed at the 8-12 age range.

"Kids are more fun, I think," he said. "It's a very entertaining audience. With kids' books, I don't have to talk about adult situations. To me, it's more of an adventure. I tell people, with my books, I want it to be like (the 1984 motion picture) 'The Goonies.' That's what I want my books to look like, like a 'Goonies' adventure."

With a belief that imagination should be at the forefront in children's books, he does not talk about politics, religion, or other issues like troubled youth. He thinks back to his childhood growing up and the fascinating wonder of being able to enter a different world by opening up a book.

"It's just kids in situations that no way could possibly happen. It's an escape from the real world because that's what books were for me when I was growing up. They were an escape from homework, or teachers, or the pressures of being a teenager. Such as having to stay late for football practice, and then when I get home, I got like five assignments I need to do. And then, if I don't do my laundry, my mom's going to get mad at me. So books were always an escape for me."

In "Face Your Fears," a 13-year-old boy has to do just that when, on Halloween night, he comes into contact with the spirit of Halloween, Samhain. It is the first of an anthology series he is calling "Frightmares."

Though taking a temporary detour from the kids' genre, "The Legend of the Cove Witch" is a 372-page piece of horror fiction that features dark overtones. The book, which he noted took five years and three rough drafts, revolves around a senior student at Magnet Cove High School who starts having nightmares that she is being chased by a witch in an old village. She later learns that, supposedly, a real witch had once put a curse on her family years ago. The ghost of her late aunt visits her, warning that the nefarious witch is coming to take her.

Campbell currently has two books that he is finishing up. "The Boogeyman Exists" is going to be one of the longer stories in the "Frightmare" anthology, he noted, and is a psychological tale about a boy who is haunted after he moves to a new town with his parents.

"The Hunt for Dink The Clown," he said, drew its inspiration from Magic Springs Theme and Water Park. It tells the story of a 12-year-old girl fixated on hunting ghosts.

"When she grows up, she's dead set on it," he said. "She has worked some summer jobs and saved up some money and bought this ghost hunting gear. She and her best friend, Benjamin, break into this old carnival, and she's trying to capture the ghost of this boy named Dink."

His brother was a nighttime security officer at Magic Springs several years back, he noted, and he would tag along with him many nights.

"It just had this creepy vibe to it," he said. "I was sitting there thinking, 'What would be another fun adventure?' And I thought of Magic Springs and how they do the 'Magic Screams' every October. 'What if a kid broke into an abandoned carnival or something and was looking for a clown?'"

He said he believes it is going to be a lot more fun than the first one and really adventurous. 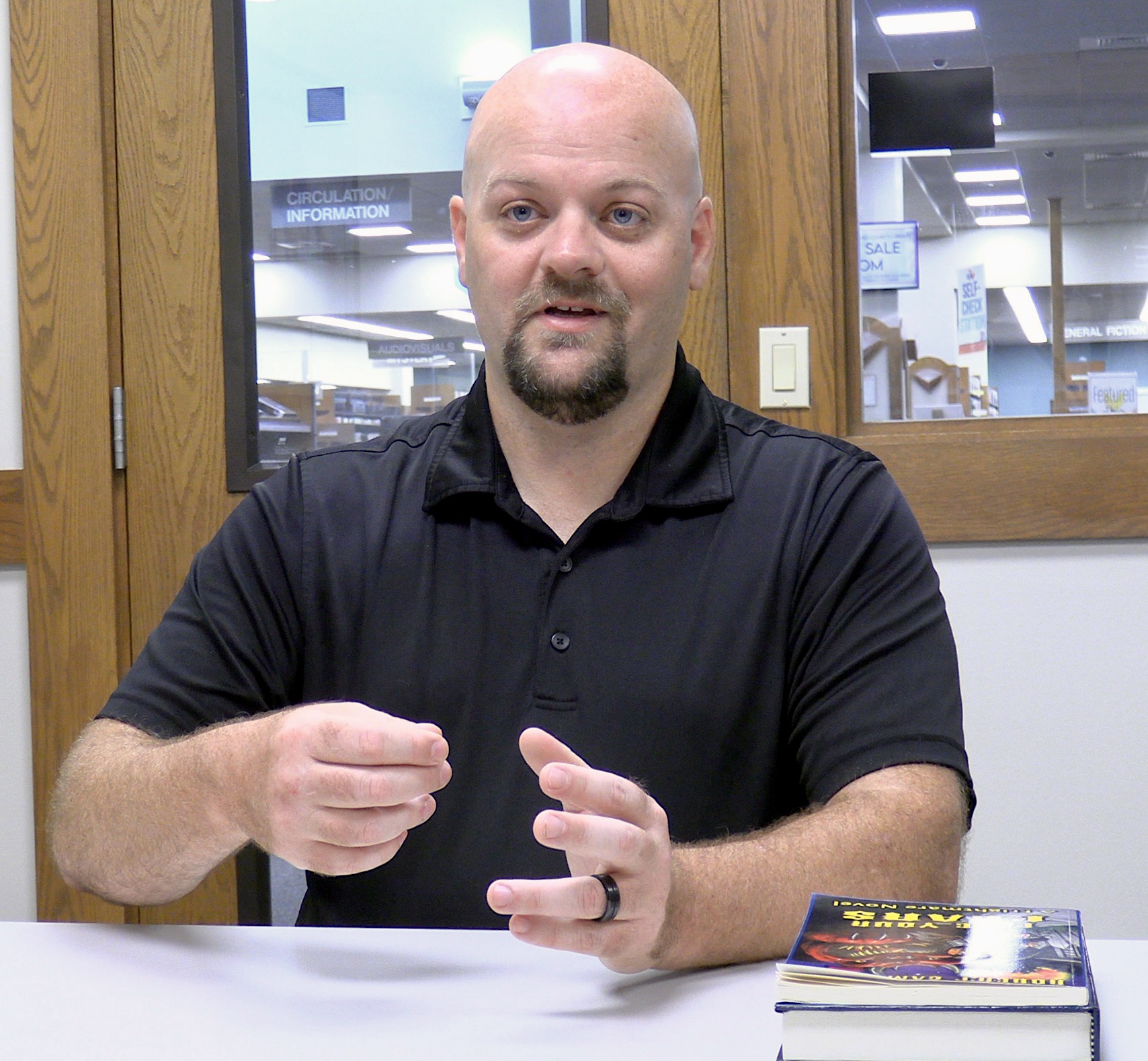