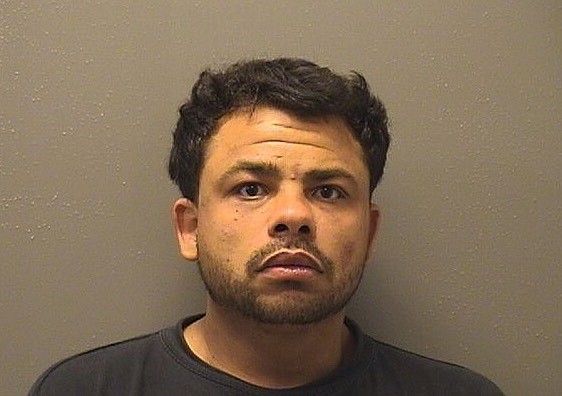 A parole absconder was arrested early Friday on multiple charges after allegedly fleeing on foot from Hot Springs police, damaging a hotel door in the process and having drugs on him.

Travis Jay Keenom, 29, who lists a Glen Meadow Street address, was taken into custody shortly before 4:30 a.m. and charged with a felony count of possession of a controlled substance, meth, punishable by up to six years in prison, and misdemeanor counts of first-degree criminal mischief and fleeing on foot, each punishable by up to one year in jail.

According to the probable cause affidavit, shortly after 4 a.m. Friday, Officer Bryan Rosburg saw a white 2014 Nissan Maxima pull into the parking lot of the Sands Inn, 1525 Central Ave., and recognized the vehicle as one owned and operated by Keenom, whom he knew to have a felony parole absconder warrant.

He made contact with Keenom and ordered him to exit the vehicle. Keenom allegedly got out of the car and fled on foot down a staircase located in the southeast corner of the hotel.

Keenom allegedly "used his body weight" to force open an exterior door, causing the security latch to break, and then continued running toward Hobson Avenue. The affidavit notes the estimated damage to the door was $100.

He was apprehended and taken into custody near the intersection of Hobson and Darby Alley. During a search of his person, officers reportedly found a plastic baggie in his pants pocket which contained 1.6 grams of what later tested positive for meth.