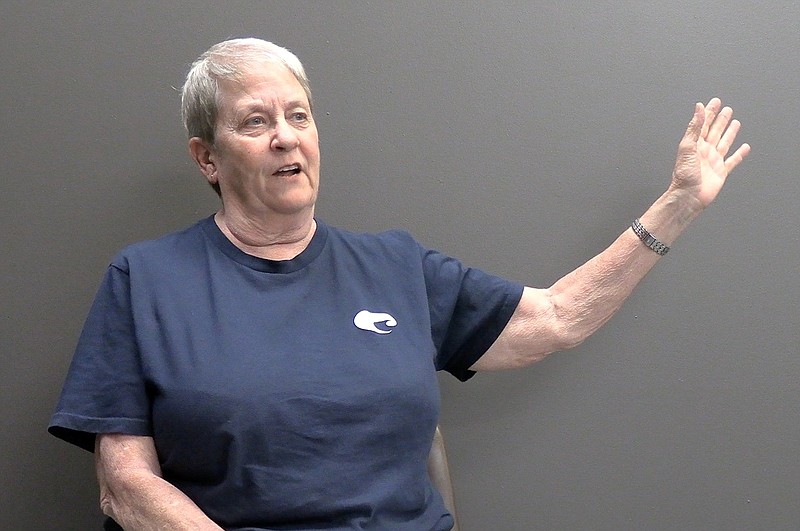 As summer officially arrives and temperatures in Arkansas continue to rise late into the week, heat-related illnesses will be a serious concern, especially for the homeless and seniors, raising the possibility that a community cooling shelter will be needed.

St. Luke's has long provided warming and cooling shelters for the homeless population of Hot Springs.

"We're very concerned because we've put out a notice and actually a request for help for churches and organizations -- anyone that has the space that we can have a cooling shelter," she said.

In recent years, homelessness has been on the rise in Hot Springs.

"You've got to understand that our homeless population has a lot of different kinds of health problems," Carder said. "They've got asthma, they've got all kinds of heart problems, all kinds of things that play into their health. People will say, 'You know, they're out there all the time, they're used to it.' Nobody is used to living 24 hours a day outside when the heat index is that high. Yes, there are people that work out there ... those people go home to air conditioning."

Carder said they also have a number of lower-income families and individuals, including older people, that live in homes that don't have air conditioning or don't have electricity.

"Those people are very much at risk," she said. "I'm disappointed that we put out a call for churches and different organizations, different places, to let us know if they would allow us to have a cooling shelter there (and) we have no one at all that respond(ed) to an email that we've put out."

Carder said she does not know of any other organizations running or planning cooling shelters in Hot Springs.

"Right now, our church doesn't have air conditioning. We have people that are in there working on that every day, or certainly we'd step up and do something," she said.

Cooperative Christian Ministries and Clinic will be the lead agency for cooling shelters and warming shelters in the future, Carder said.

"They're going to take the lead on our shelters. They're the ones who put out an email and a request for help," she said.

"When we get an excessive heat warning, a dangerous heat warning, then that's when those shelters would kick into place. We're talking about opening at noon and going until 6 p.m. No meals served, but certainly water and Gatorade ... just a place for people to come and sit and cool off during the hottest part of the day," she said.

"We're asking churches, businesses, organizations, anybody that is in an area where there are people who need the help, to put out coolers of water, Gatorade, and keep that ice in there so people can come by ... and get one of those to stay hydrated. That's the least we can do," she said.

"This week is going to be hot, but there are going to be some major, major days coming up where the heat is just too much for people," Carder said. "So we're asking, if you have an idea of where we can go. If your facility is -- and it doesn't have to be really large ... but a place that has air conditioning. We can certainly help with the electric bill ... we're just looking for a place for the folks that really need the help."