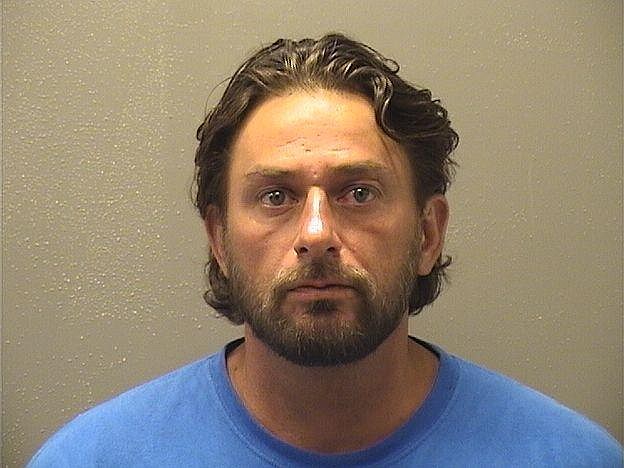 A Little Rock man was arrested on felony warrants Friday stemming from allegations he embezzled over $2,400 from a Hot Springs bank last year using a forged check from a sheet metal company.

Patterson remained in custody Tuesday in lieu of a $10,000 bond and is set to appear today in Garland County District Court. According to court records, he was previously convicted in 2012 in Benton County of possession of a controlled substance, theft by receiving and theft of property and sentenced to six years in prison, all suspended.

According to the probable cause affidavit, on Sept. 15, 2021, Southern Bancorp employees reported a forgery that had occurred on Sept. 14 shortly before 4 p.m. at the bank's 2212 Malvern Ave. branch.

A man had attempted to cash a check made out to him for $2,751.17 from Blytheville Sheet Metal Inc. The man provided a driver's license identifying himself as Joshua Patterson and the check was written to Patterson.

The employees were suspicious and contacted the company and a representative stated they did not issue the check and did not know Patterson. The bank employees told Patterson to leave and seized the check.

Hot Springs police Detective Matthew Cheatham contacted Blytheville Sheet Metal Co. and confirmed they had not issued either of the checks purportedly made out to Patterson and noted the two check numbers used were still in their possession.

They provided a voided copy of one of their checks and Cheatham discovered there were "noticeable differences" between the ones used by the suspect and the real checks from the business.

Upon reviewing security footage from the bank, Cheatham was reportedly able to positively identify the suspect as Patterson and issued a warrant for his arrest on Oct. 12.