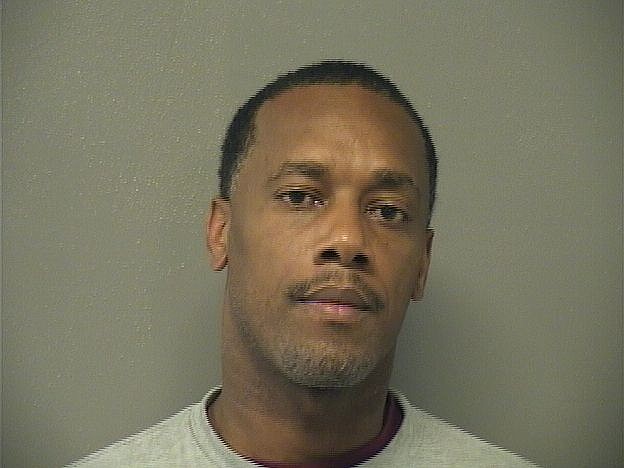 A Little Rock man who repeatedly attacked and harassed his ex-girlfriend in Hot Springs despite active no-contact orders was sentenced to six years in prison Monday after pleading guilty to charges in Garland County Circuit Court.

Carlos Fontrell Thompson, 41, a felon who has remained in custody since his last arrest on Oct. 27, 2021, pleaded guilty to two felony counts of third-degree domestic battery and was sentenced to the maximum of six years on each count, to run concurrently, and to two misdemeanor counts of violation of a no-contact order and was sentenced to one year in jail on each count, to run concurrently.

Additional felony charges of intimidating a witness, first-degree terroristic threatening and a third count of violation of a no-contact order stemming from his Oct. 27 arrest were withdrawn as part of the plea deal. According to court records, Thompson was convicted in Chicot County in 1999 of terroristic act and aggravated assault and in 2010 in U.S. District Court in Hot Springs of possession of a firearm by certain persons.

According to one probable cause affidavit, on Oct. 2, 2020, shortly after 7:30 p.m., Hot Springs police responded to an apartment in the 700 block of Cypress Street and spoke to a female victim who stated she was in the parking lot near her vehicle when she saw Thompson, her ex-boyfriend, sitting in a car about 30 yards away watching her.

The victim had a no-contact order issued against Thompson on July 27, 2020, which was valid for one year.

She said Thompson exited his vehicle, approached her and asked her to have sex with him. When she refused, he grabbed her by the hair and punched her repeatedly in the face before fleeing the scene.

Officers noted the victim had a bloody lip and a swollen eye "consistent with being struck in the face several times."

The affidavit noted the no-contact order required Thompson to "immediately leave and stay away from (the victim's) residence and is not to contact her through any means and is to stay at least 100 yards away from her."

According to a second affidavit, on Nov. 29, 2020, police came in contact with the same victim in the 100 block of Vearl Street and she stated between 9:30 and 11 a.m. that same day, Thompson came to her residence on Cypress and refused to leave despite the court order.

She said that when she asked Thompson to leave, he again punched her in the face multiple times. Officers noted she had dried blood and swelling to her mouth and a scratch on the left side of her face.

The victim noted she was holding her 2-year-old niece when Thompson began hitting her. The victim's sister told officers she witnessed the attack and corroborated her statement.

The affidavit notes Thompson pleaded no contest to a misdemeanor charge of third-degree domestic battery involving the victim on March 25, 2020, in district court and was sentenced to one year in jail with all but 90 days suspended and one year of probation. A second offense of third-degree battery involving the same victim is classified as a felony.

Thompson was arrested on Feb. 2, 2021, on the two counts of domestic battery and two counts of violating a no-contact order and pleaded not guilty to the charges in circuit court on April 19, 2021. On April 22, he was released on a $75,000 bond and was set to stand trial on Nov. 8.

On Oct. 27, Thompson was arrested again after threatening to kill the victim if she testified against him and he had remained in custody since then after his bond from the original charges was revoked. His trial date was initially reset for Feb. 8 and then set for June 27, but Thompson opted to plead guilty at a pretrial hearing on Monday.