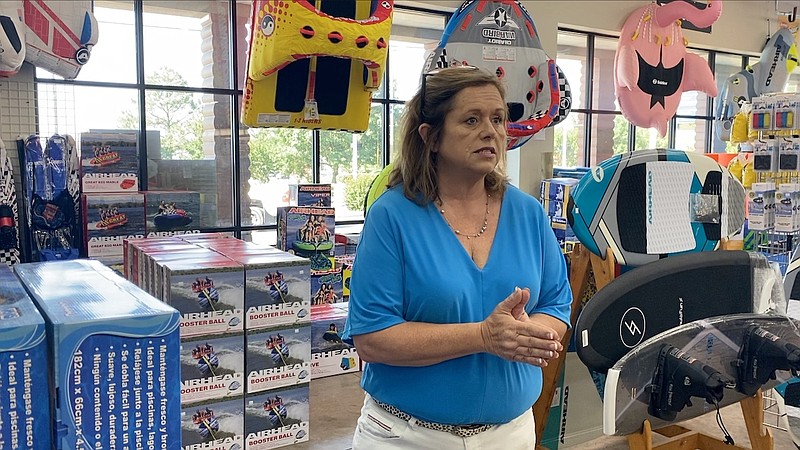 Trader Bill's Outdoor Sports has been part of Hot Springs for nearly 40 years, and the business recently opened a second location in Little Rock near Bass Pro Shops.

Opened by Bill Elliott in 1983, Trader Bill's has become a go-to for many looking to spend time in the outdoors hunting, fishing and more. The new location on I-30 Frontage Road in Little Rock is primarily for watersports.

"At that location, we have, of course, the boats, water toys, all your marine supplies, like we have here," owner and CEO Mandy Short said. "We do not have the fishing and hunting stuff. Now we do have another store in Little Rock, Southern Reel Outfitters, it's called. And it's on Cantrell (Road). It has all the fishing and a lot of the hunting stuff. The only thing he doesn't really carry is the guns on the hunting. But it varies, you know, a vast amount of fishing stuff."

Short, who is Elliott's daughter, said that the company had been looking to make the move to Little Rock for about three years due to the lack of locations in Little Rock to purchase boats.

"It was just a good fit with us," Short said. "There's really not that many marine places in Little Rock, you know, and so we just felt like that was a good fit for for us."

The business held its grand opening on June 10 and 11 with a VIP event on June 9.

"That was wonderful. ... Now Friday, it rained most of the day, so it was a little slow," Short said. "But, you know, besides that, it was a great grand opening. We had lots of people out, and we really enjoyed it."

Short said that the staff at Trader Bill's is made up of people who are outdoorsmen and know their products.

"Scott Rook is our manager (at Southern Reel)," she said. "He is a retired professional fisherman. Philip (Kastner), our manager here, has fished all his life. He's also been here since the beginning. Caleb (Short), who's our parts manager, he knows those Garmins and the Lowrances and all that up and down, which get pretty complicated. ... So really, it's just service.

When many people hear the name of the business, they think of the Trader Bill's Team Trail fishing tournaments, which expanded a year ago when they aquired Mr. Bass of Arkansas. Mr. Bass is different from the Team Trail in that there is just a single person competing in a boat.

"We bought Mr. Bass last year. Mr. Bass is an individual tournament; there's only one person in a boat," Short said. "Those are really Arkansas' top fishermen. It's almost kind of a semi-pro almost. Those are definitely your top fishermen in Arkansas. We go all over the state, you know. The Trader Bill's Team Trail, of course, we keep kind of centrally located."

Trader Bill's started their fishing tournaments about 20 years ago, and it has expanded several times over the years.

"When we first started, we were doing Thursday night tournaments at Lake Hamilton," Short said." Then we expanded into the Team Trail. And like I said, last year, we bought Mr. Bass. I think we've been doing high school for five years."

Short said that she enjoys hosting the high school tournaments, which became affiliated with BASS, the Bass Anglers Sportsman Society, this year.

"Those are my favorite tournaments," she said. "I love watching those kids come up to the scales. Some of them ... it takes two of them to carry that sack, and that is one of my favorite things."

The Team Trail tournaments also boast a $15,000 payout for first place for each tournament.

"We have the largest payout in Arkansas with Trader Bill's Team Trail," Short said. "It's a $15,000 payout for first place for each tournament. The last tournament we gave a Vexus boat away, plus money places down there. We pay right around 15 places, depending on how many people are in it, but it was 15 and over all year. ... We use those tournaments just to meet our customers and to, you know, talk to them and be around them, you know, and invite them in the store." 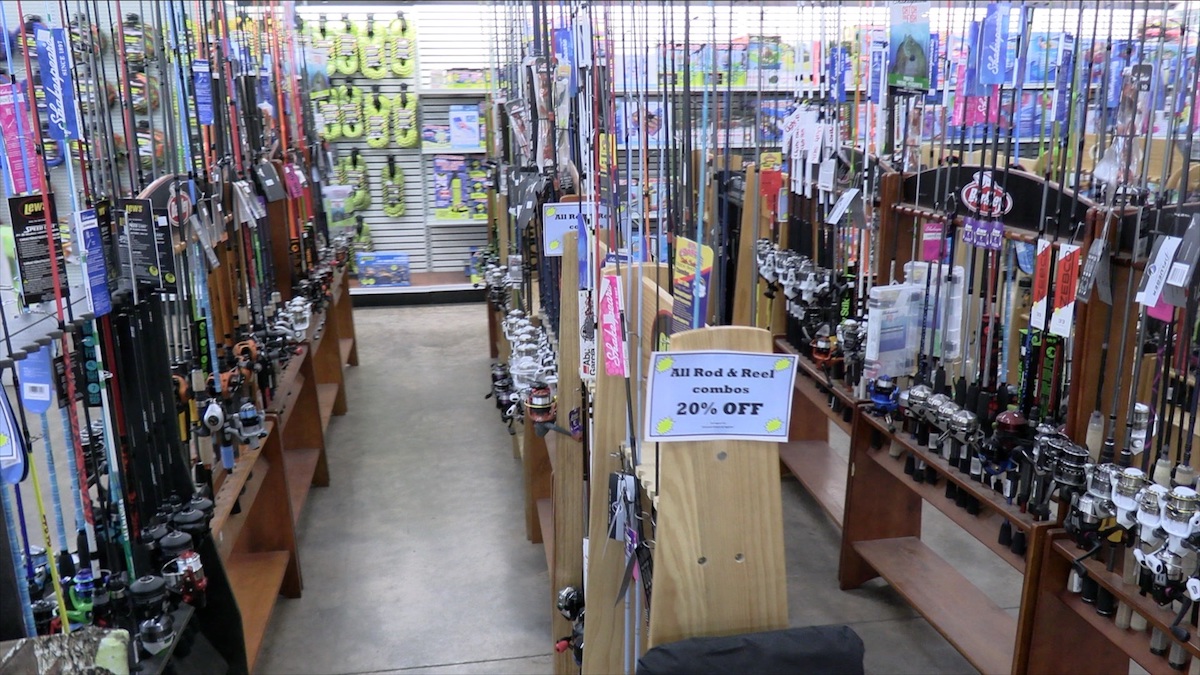 A selection of rods and reels at Trader Bill's. - Photo by Lance Porter of The Sentinel-Record 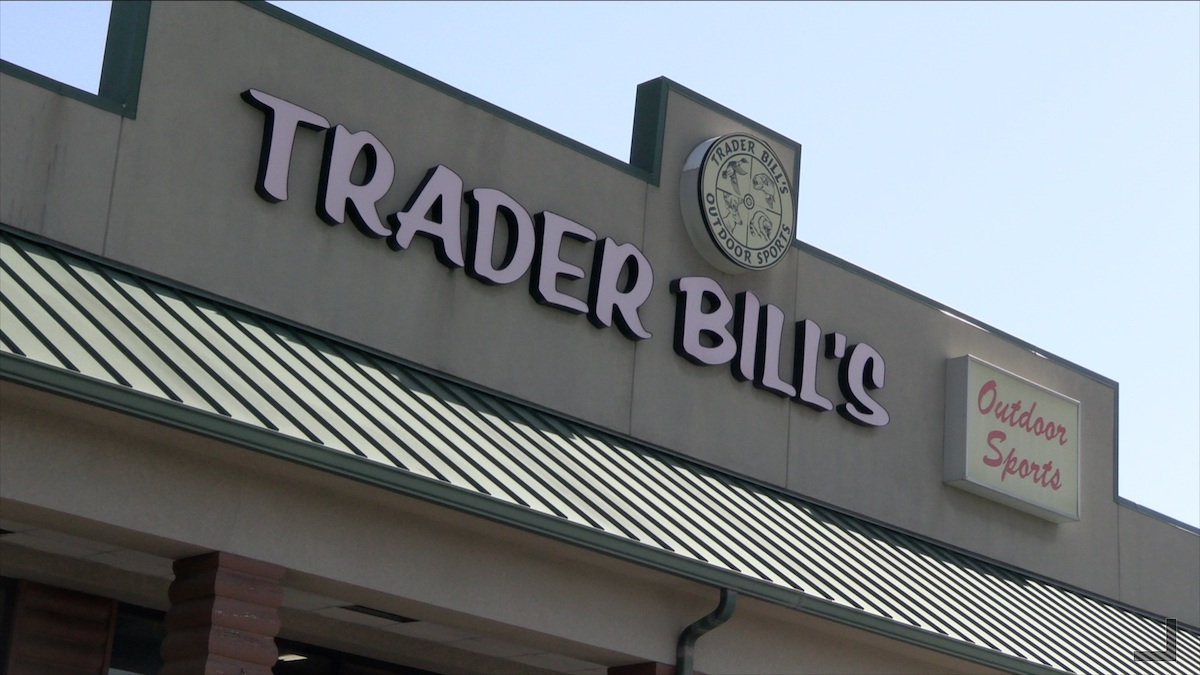 The exterior of Trader Bill's primary location on Albert Pike Road. - Photo by Lance Porter of The Sentinel-Record 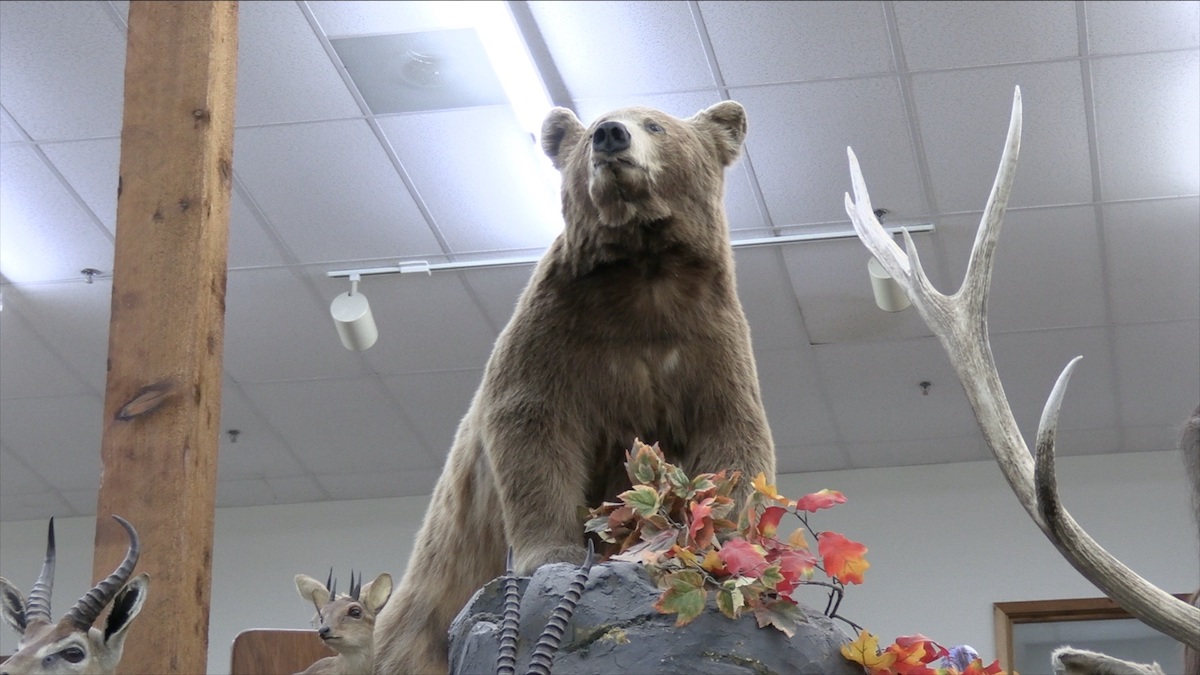 A stuffed bear at Trader Bill's. - Photo by Lance Porter of The Sentinel-Record