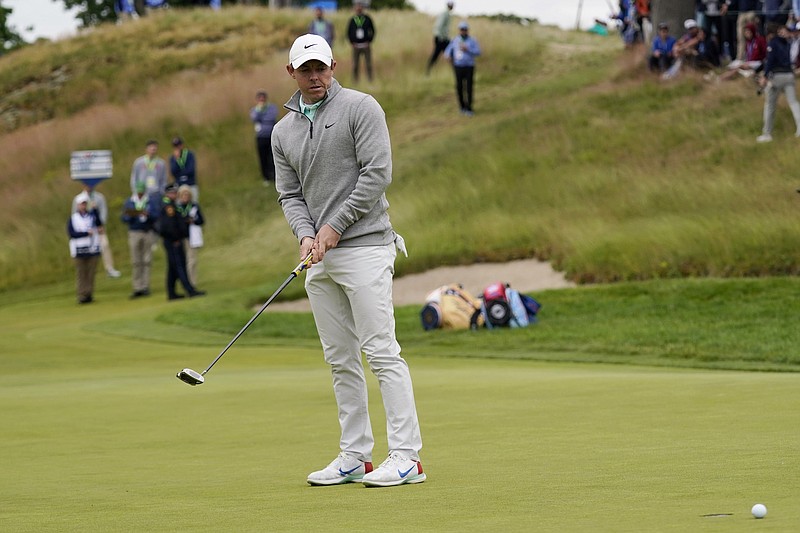 Rory McIlroy, of Northern Ireland, reacts after missing a putt on the third hole during the final round of the U.S. Open at The Country Club Sunday in Brookline, Mass. - Photo by Robert F. Bukaty of The Associated Press

CROMWELL, Conn. -- Players willing to leave the PGA Tour for riches only Saudi Arabia's sovereign wealth fund can provide is a movement Rory McIlroy refers to as the "easy way out."

Maybe that's too easy of an explanation.

Even so, it's hard to dispute the choice might be easier for some players if they consider a trend that has been going on for the last decade, and was illuminated even more when Matt Fitzpatrick won the U.S. Open.

The last five Grand Slam events now have been won by five different players in their 20s, the first time golf has seen a stretch like that in the 162-year history of the majors.

Fitzpatrick (27) won his first major a month after Justin Thomas (29) won the PGA Championship for the second time. That was preceded by Scottie Scheffler (29) winning the Masters. Last year's majors ended with Jon Rahm (26) winning the U.S. Open and Collin Morikawa (24) winning the British Open for his second major.

There have been two other cases in the last decade of five majors in a row going to players in their 20s, but that involved multiple winners. Brooks Koepka won the U.S. Open in 2017 and 2018 with Jordan Spieth, Justin Thomas and Patrick Reed winning in between. Martin Kaymer won the 2014 U.S. Open, and McIlroy and Jordan Spieth combined to win the next four.

Still unknown about LIV Golf is how the guaranteed riches and 54-hole events will affect the level of play in the long run, how motivated players will be to grind and to practice.

Koepka joining the Saudi-backed group, along with Bryson DeChambeau and his fanatical search for revolutionary ways to play the game, cast the lineup of LIV lads in a new light. Both are still in their prime years, even if their world rankings have plunged amid injuries. Ditto for Reed and Abraham Ancer, who has only one PGA Tour win.

All of four of them are between 28 and 32. This is no longer the "pre-Champions Tour" that McIlroy called it back in February.

McIlroy says he can understand some of the older players going, from Mickelson at 51 and Louis Oosthuizen, who at 39 is coming off a debilitating year of consecutive runner-up finishes in majors. Oosthuizen has the career Grand Slam of silver medals to go with his silver claret jug from St. Andrews in 2010.

"A lot of these guys are in their late 40s -- in Phil's case, early 50s," he said. "They would say to you themselves that their best days are behind them. That's why I don't understand for the guys that are a similar age to me going. Because I would like to believe that my best days are still ahead of me, and I think theirs are, too.

"So that's where it feels like you're taking the easy way out."

Spieth, who went three years through a nasty slump and is slowly coming out the other side with wins in each of the last two years, would seem to agree.

"I think saying it's the easy way out is probably not how they're thinking of it," Spieth said Tuesday. "But it's kind of how it looks to me."

The lure of money is powerful, especially if some of the absurd amounts of money being mentioned in various reports are true. The Daily Telegraph has put Johnson's signing fee at $150 million, which even over four years likely could be matched only with a dominant year on the PGA Tour, on and off the course.

"They're not going over there for a change in format," Spieth said.

Everyone has a price, and everyone has a reason. Oosthuizen might be this generation's version of Byron Nelson, who played golf to make enough money to retire to his ranch. Oosthuizen has moved to an 86-acre ranch in Florida's horse country near Ocala.

DeChambeau is never easy to figure except he's all about being different. Name another player who can prepare for the Ryder Cup and a World Long Drive competition (and do well in both).

"Hmmm, that notion hadn't entered my head," Patrick Cantlay said Tuesday in a manner suggesting he didn't see it that way. "I think the reasons for different guys going or not going could vary widely. So to kind of blanket them all into the same decision-making process I think would be a mistake.

"I don't necessarily think that all the guys going over there are saying they have conceded trying to be the best player in the world or the best they possibly can be."

Golf has never been more difficult than it is now. A big part of that is Tiger Woods and the generation of players he inspired to train and to work. Technology -- not just equipment -- has allowed young players to develop great swings at an early age.

The competition is relentless, and so is the work ethic.

McIlroy is the oldest. He's 33. He thinks his best years are still ahead of him. 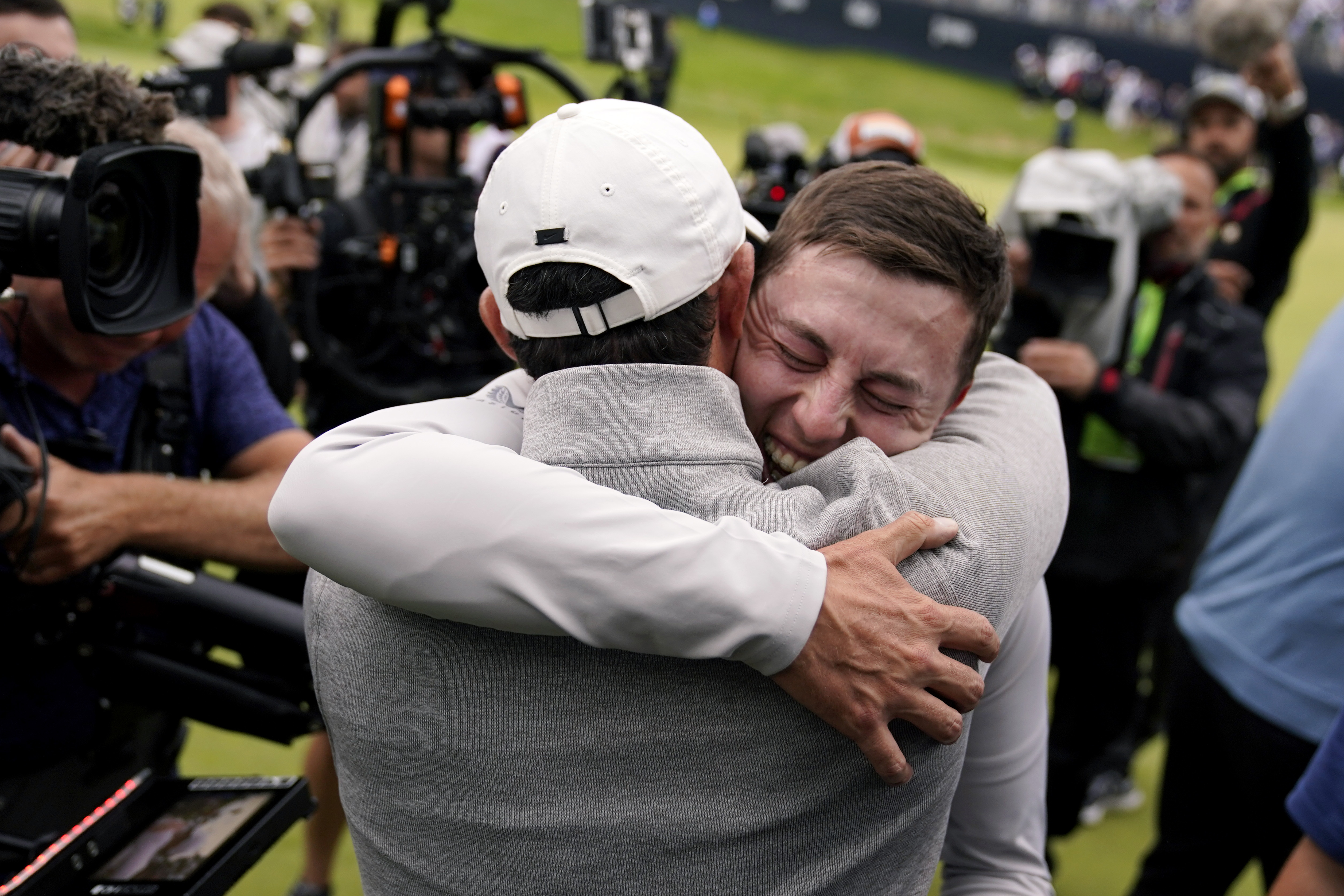 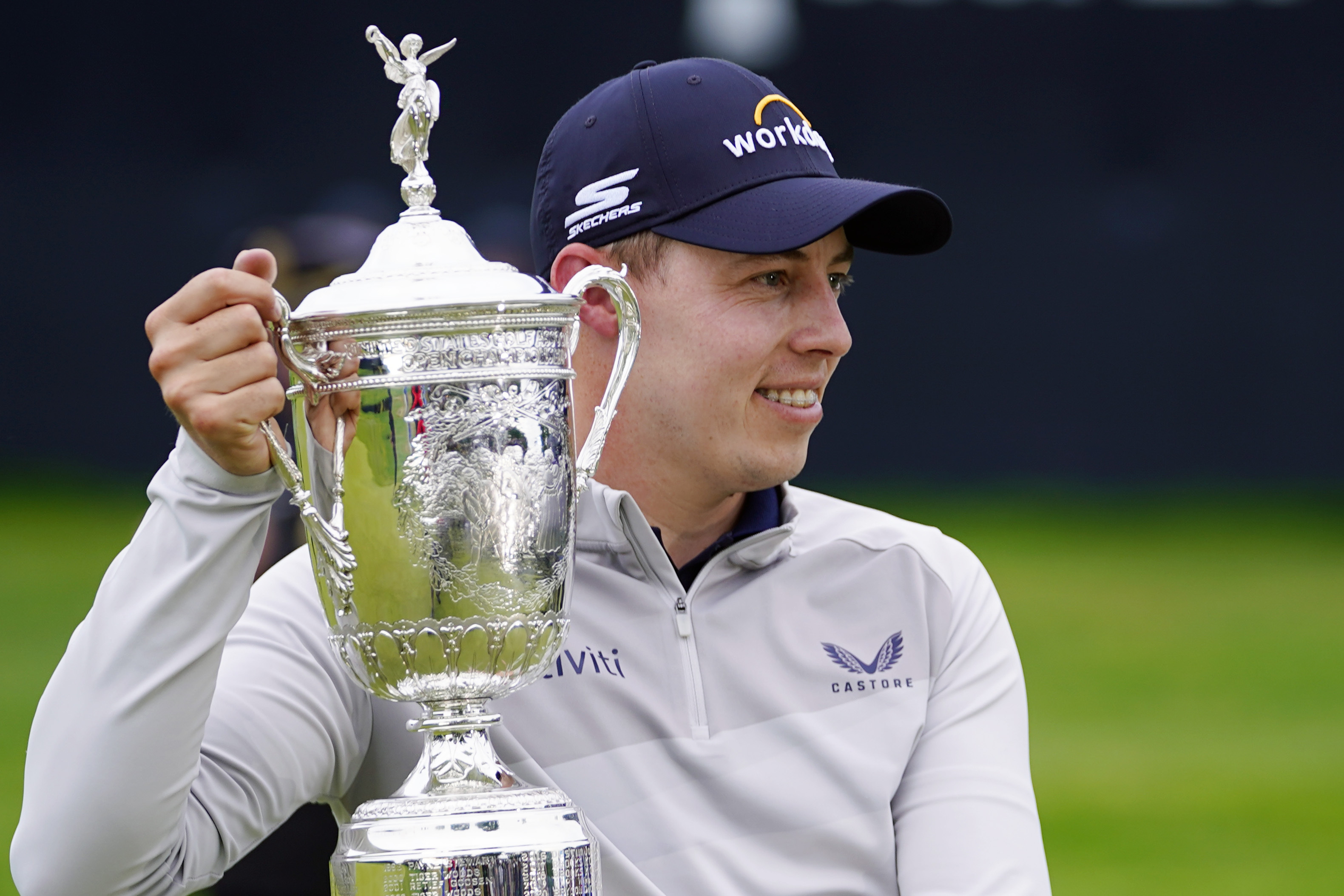 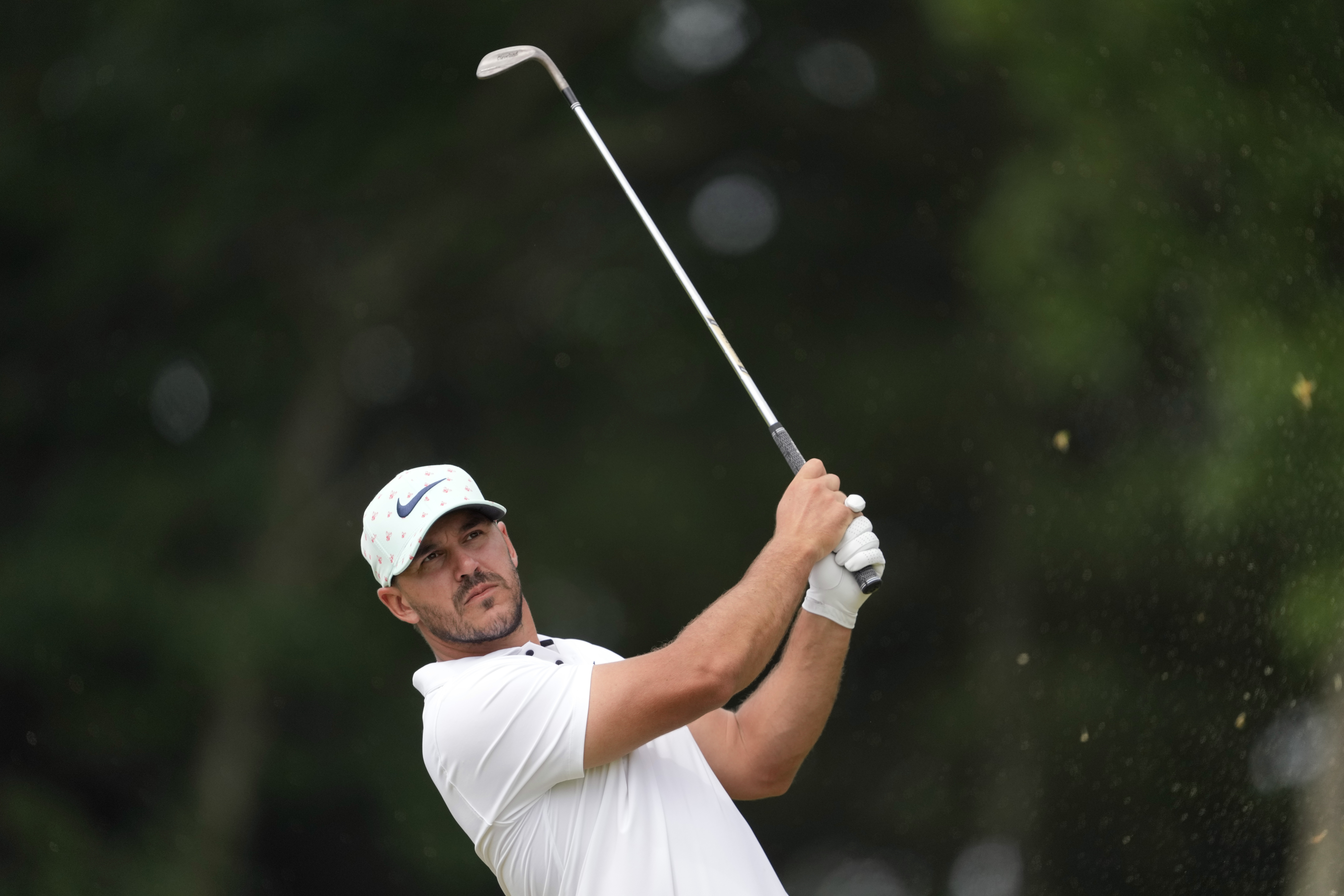 Brooks Koepka watches his shot on the 11th hole during the second round of the U.S. Open golf tournament at The Country Club, Friday, June 17, 2022, in Brookline, Mass. (AP Photo/Robert F. Bukaty) 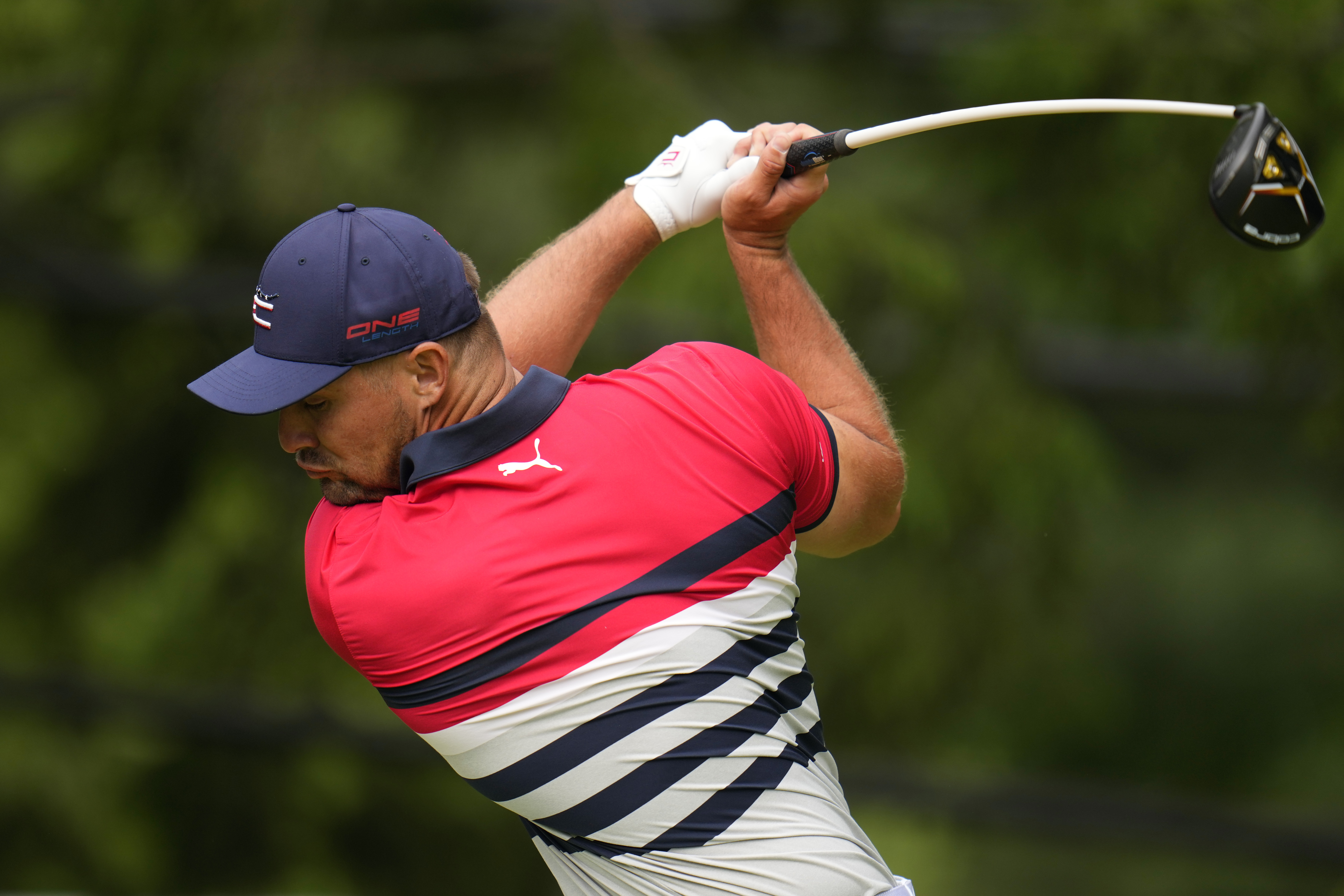 Bryson DeChambeau hits on the 17th hole during the first round of the U.S. Open golf tournament at The Country Club, Thursday, June 16, 2022, in Brookline, Mass. (AP Photo/Julio Cortez) 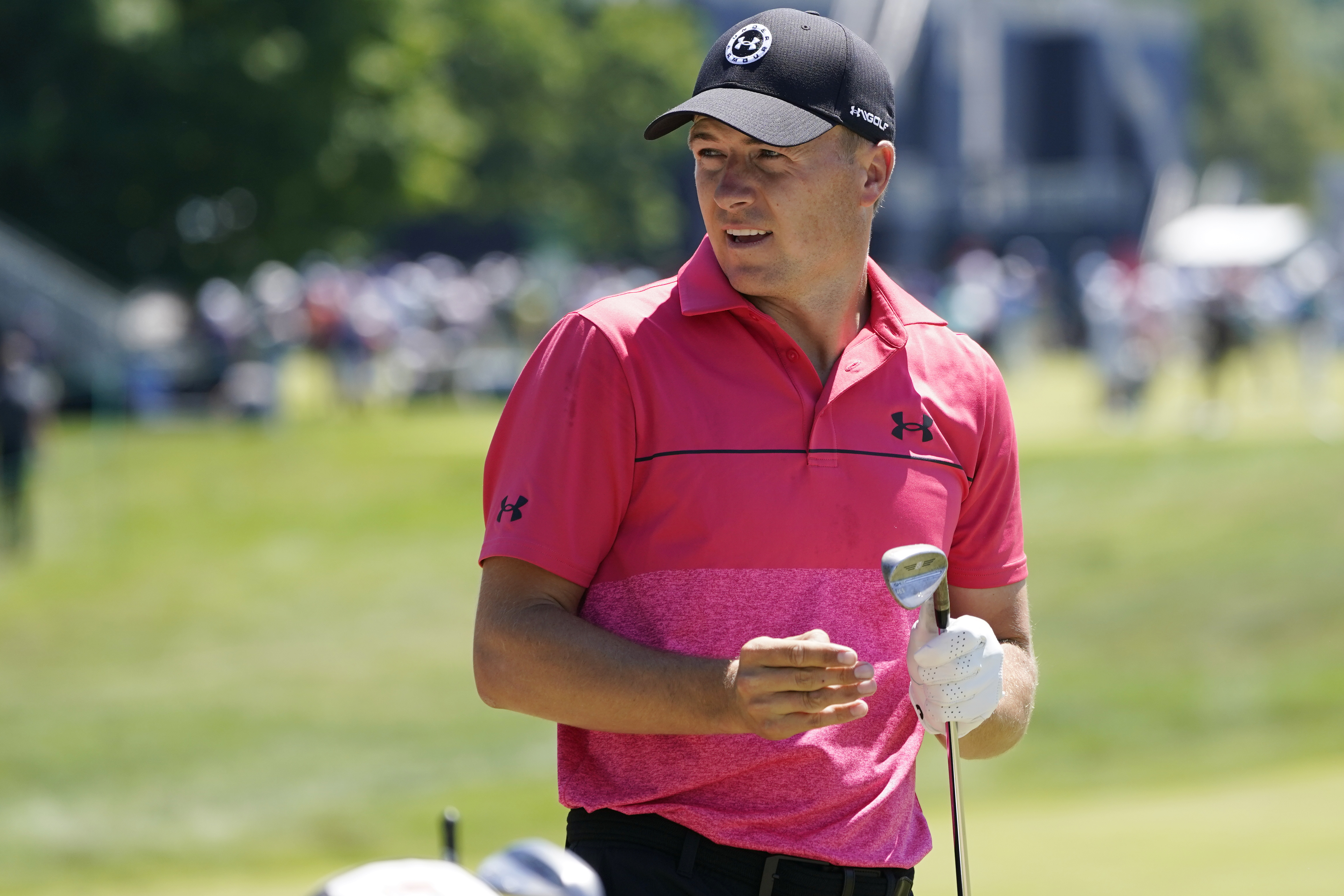 Jordan Spieth prepares to hit on the driving range during a practice round ahead of the U.S. Open golf tournament, Tuesday, June 14, 2022, at The Country Club in Brookline, Mass. (AP Photo/Charles Krupa)