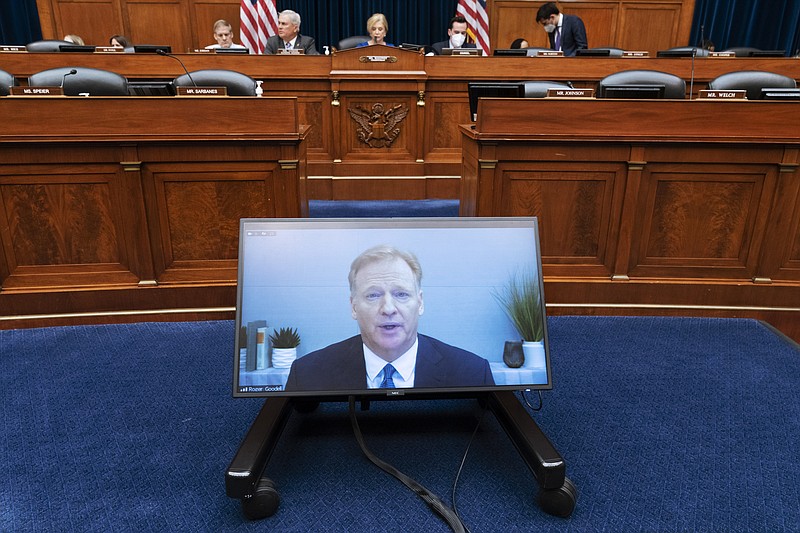 Washington Commanders owner Dan Snyder conducted a "shadow investigation" that sought to discredit former employees making accusations of workplace sexual harassment, hired private investigators to intimidate witnesses, and used an overseas lawsuit as a pretext to obtain phone records and emails, according to a document released by a House committee on Wednesday.

The Committee on Oversight and Reform is investigating the Commanders' workplace culture following accusations of pervasive sexual harassment by team executives of women employees. It released the memo ahead of a hearing Wednesday in Washington that featured testimony from NFL Commissioner Roger Goodell, appearing remotely from New York.

Snyder was invited to testify but declined, citing overseas business commitments and concerns about due process. The committee chairwoman, Rep. Carolyn Maloney, D-N.Y., announced during the hearing that she plans to issue a subpoena to compel a deposition from Snyder next week.

The 29-page memo alleges Snyder tried to discredit the people accusing him and other team executives of misconduct and also tried to influence an investigation of the team conducted for the NFL by attorney Beth Wilkinson's firm.

Snyder's attorneys presented the NFL with a 100-slide PowerPoint presentation including "private text messages, emails, phone logs and call transcripts, and social media posts from nearly 50 individuals who Mr. Snyder apparently believed were involved in a conspiracy to disparage him," the committee said.

In a statement, a spokesman for Snyder characterized the report and the hearing as "a politically charged show trial" and said Congress should not be investigating "an issue a football team addressed years ago."

Goodell told the committee that the team's culture has transformed as a result of the Wilkinson probe and that "Dan Snyder has been held accountable." Asked by Rep. Rashida Tlaib, D-Mich., whether he would remove Snyder as owner, Goodell said, "I don't have the authority to remove him."

An NFL owner can only be removed by a three-quarters majority vote of fellow owners.

The NFL fined the team $10 million last year and Snyder stepped away from its day-to-day operations after Wilkinson presented her findings to Goodell. However, the league did not release a written report of Wilkinson's findings, a decision Goodell said was intended to protect the privacy of former employees who spoke to investigators.

Attorneys Lisa Banks and Debra Katz, who represent more than 40 former team employees, again called on Goodell to release a report from the Wilkinson probe, calling it "stunning and disheartening" to hear him say Snyder has been held accountable.

"Today, the committee released a damning report demonstrating that Snyder and his lawyers also surveilled and investigated complainants, their lawyers, witnesses and journalists, which Goodell knew about and did nothing to address," Banks and Katz said in a statement.

Former employee Tiffani Johnston told the committee that Snyder groped her at a team dinner and tried to force her into his limousine, which Snyder denies. And The Washington Post reported Tuesday that a woman accused Snyder of sexually assaulting her on a team plane in 2009, resulting in a $1.6 million settlement.

Goodell acknowledged Wednesday that he was aware of the 2009 allegation and that Snyder did not inform the league at the time, which is a violation of the NFL's personal conduct policy.

Johnston's allegation prompted the NFL to hire former Securities and Exchange Commission chairwoman Mary Jo White to conduct a new investigation of Snyder and the team, and the league plans to release her findings to the public.

Maloney has introduced legislation to curb the use of workplace nondisclosure agreements and to offer protections for employees whose professional images are used inappropriately. Among the accusations against the Commanders are that team employees produced a video of lewd outtakes from a photo shoot involving the cheerleading squad.

According to the memo, Snyder used a defamation lawsuit against an obscure online media company based in India as a pretext to subpoena emails, phone records and text messages from former employees who spoke to The Washington Post about workplace harassment. The subpoenas were unusually broad, and many of the people targeted "had no plausible connection" to the Indian media company, the committee said.

The committee also alleged that Snyder sought to blame former team president Bruce Allen for the problems with Washington's workplace culture and that Snyder's lawyers provided Wilkinson and the NFL with 400,000 emails from Allen's account, highlighting specific ones they deemed "inappropriate." Some email exchanges with Allen included homophobic and misogynistic comments by Jon Gruden, which were leaked to reporters last fall and prompted Gruden's resignation as coach of the Las Vegas Raiders.

Another new allegation came from David Pauken, the team's former chief operating officer, who told the committee in a deposition released Wednesday that Snyder directly ordered the firings of a female front-office employee for having a sexual relationship with a coach and two cheerleaders for having sex with a player. He also said the men involved were not disciplined.

Republicans on the committee accused Democrats of going after an NFL team to distract from more pressing issues and exceeding the scope of the committee's mission.

"A core responsibility of this committee is to conduct oversight of the executive branch, but this entire Congress, Democrats have turned a blind eye to the Biden administration," said Kentucky GOP Rep. James Comer, the committee's ranking member. "Instead, the Oversight committee is investigating a single private organization for workplace misconduct that occurred years ago." 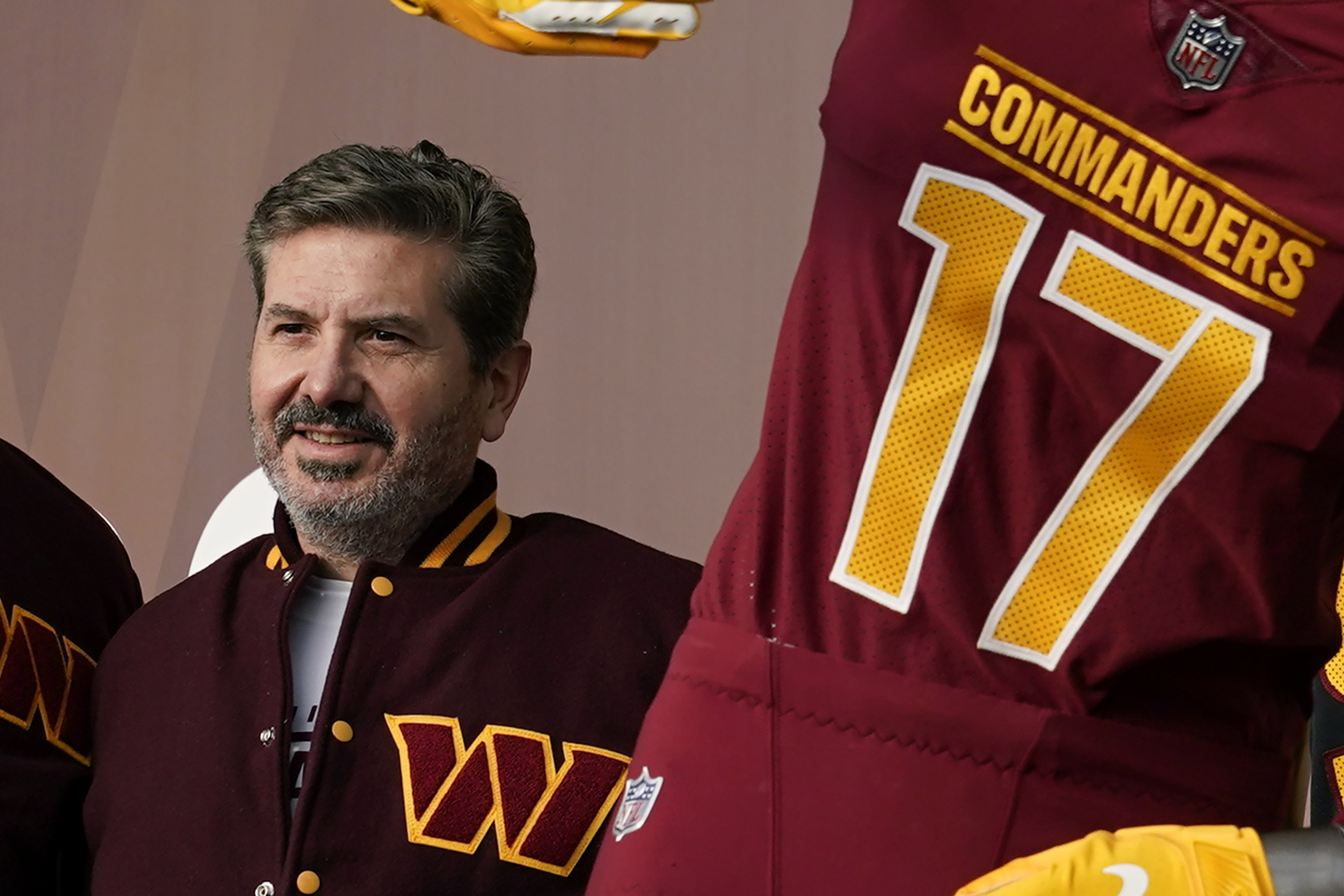 FILE - Dan Snyder, co-owner and co-CEO of the Washington Commanders, poses for photos during an event to unveil the NFL football team's new identity, Wednesday, Feb. 2, 2022, in Landover, Md. A woman accused Washington Commanders owner Dan Snyder of sexually harassing and assaulting her on a team plane in 2009, and the woman was later paid $1.6 million by the team to settle her claims, according to a document obtained by the Washington Post, Tuesday, June 21, 2022. (AP Photo/Patrick Semansky, File) 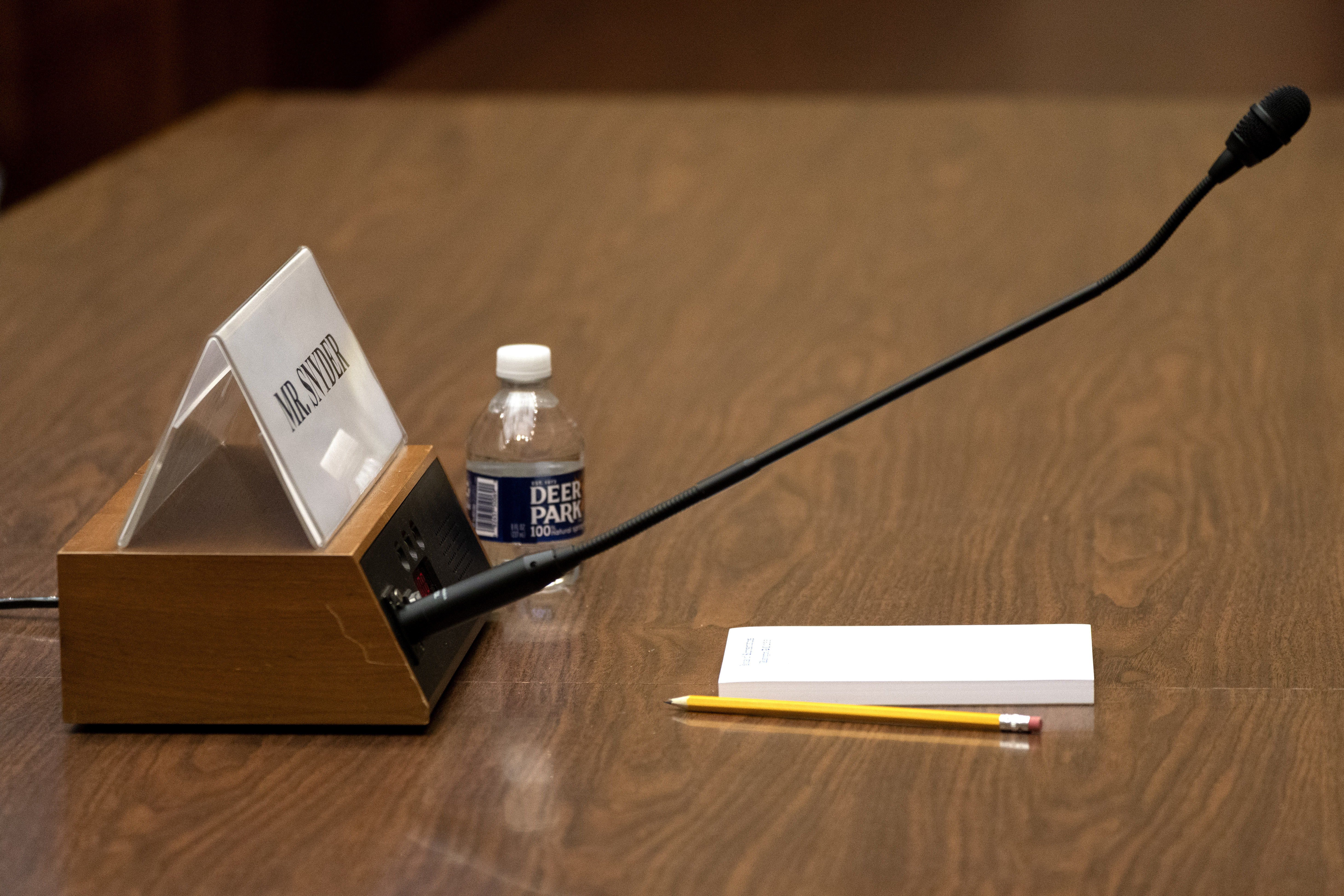 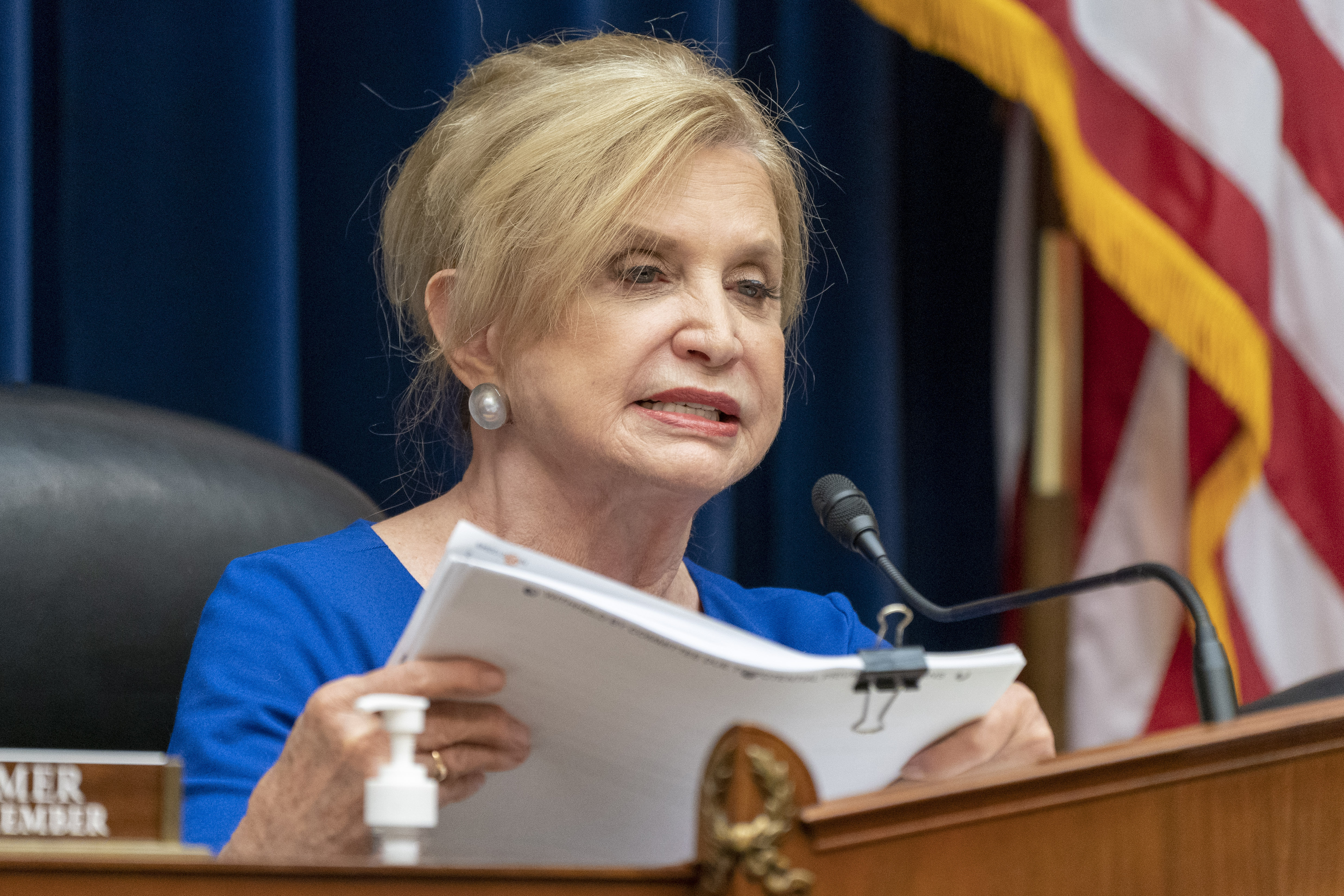 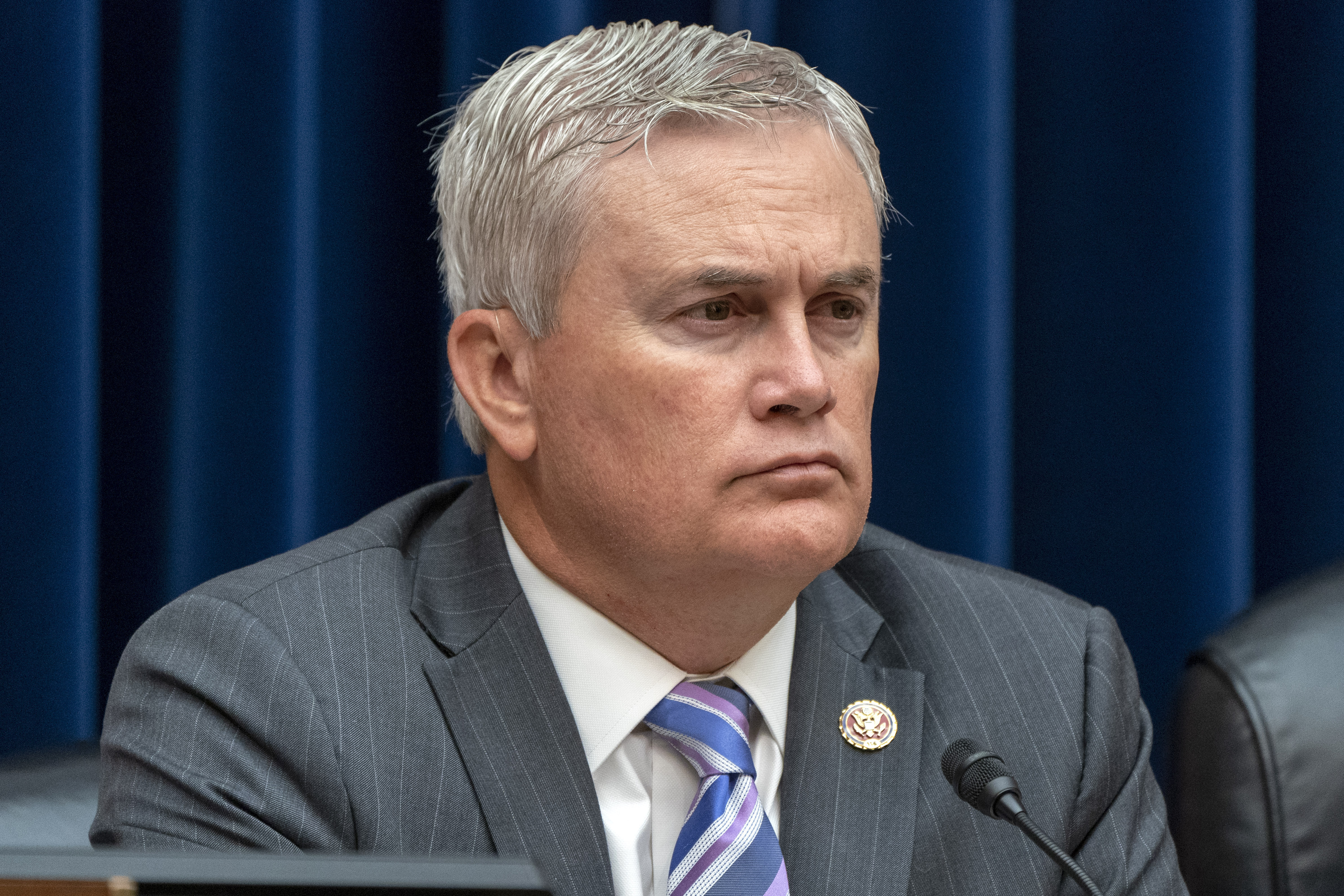 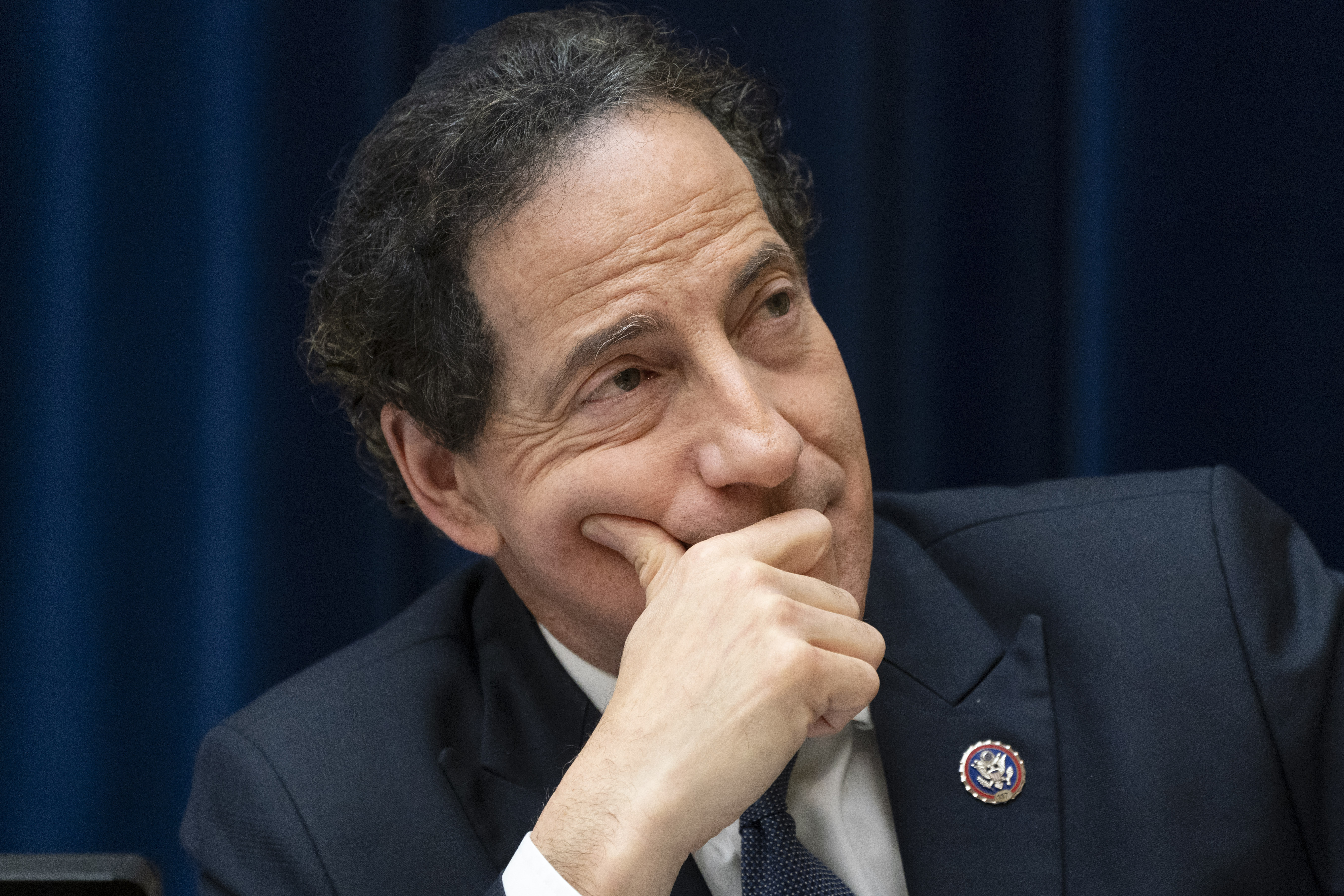 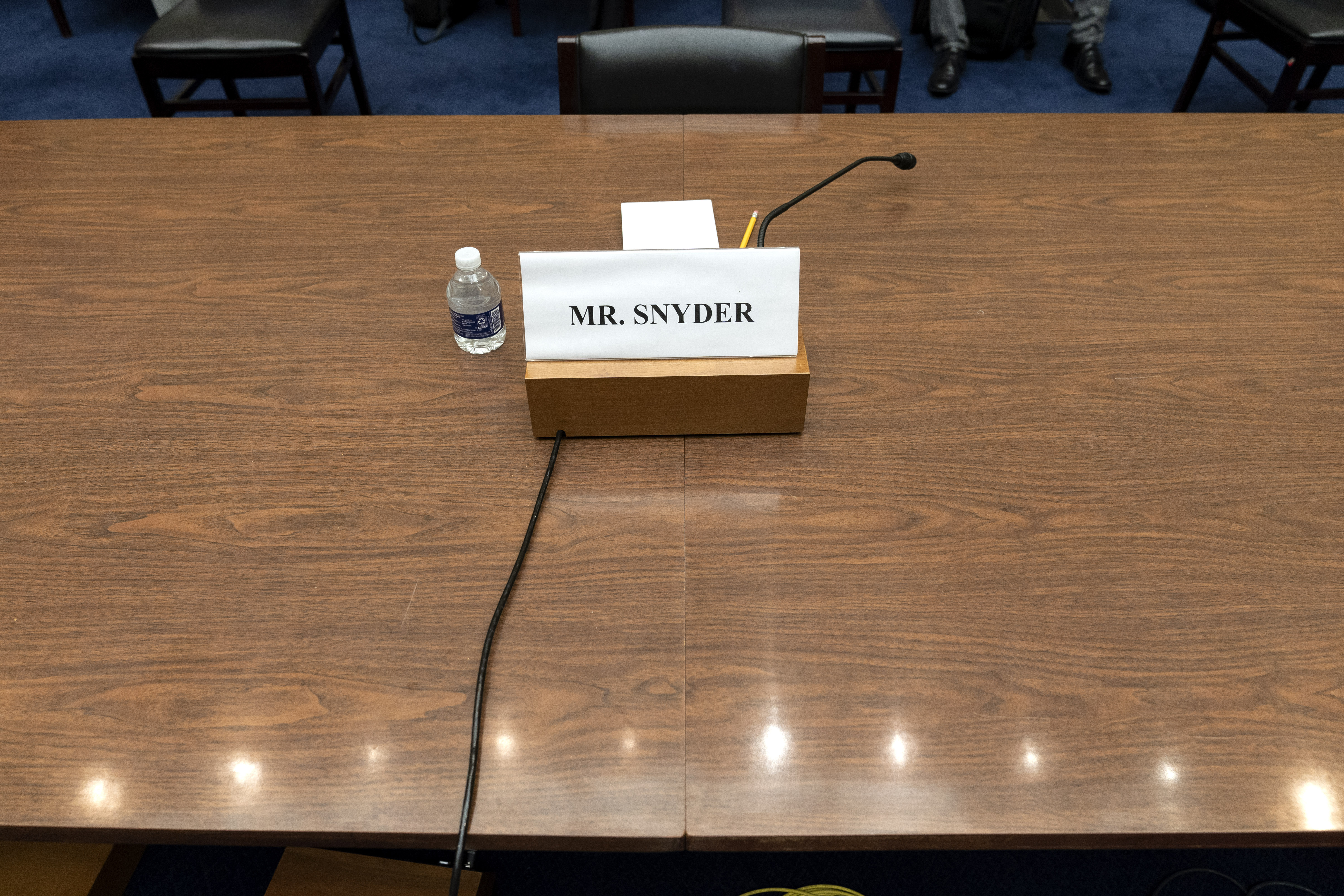 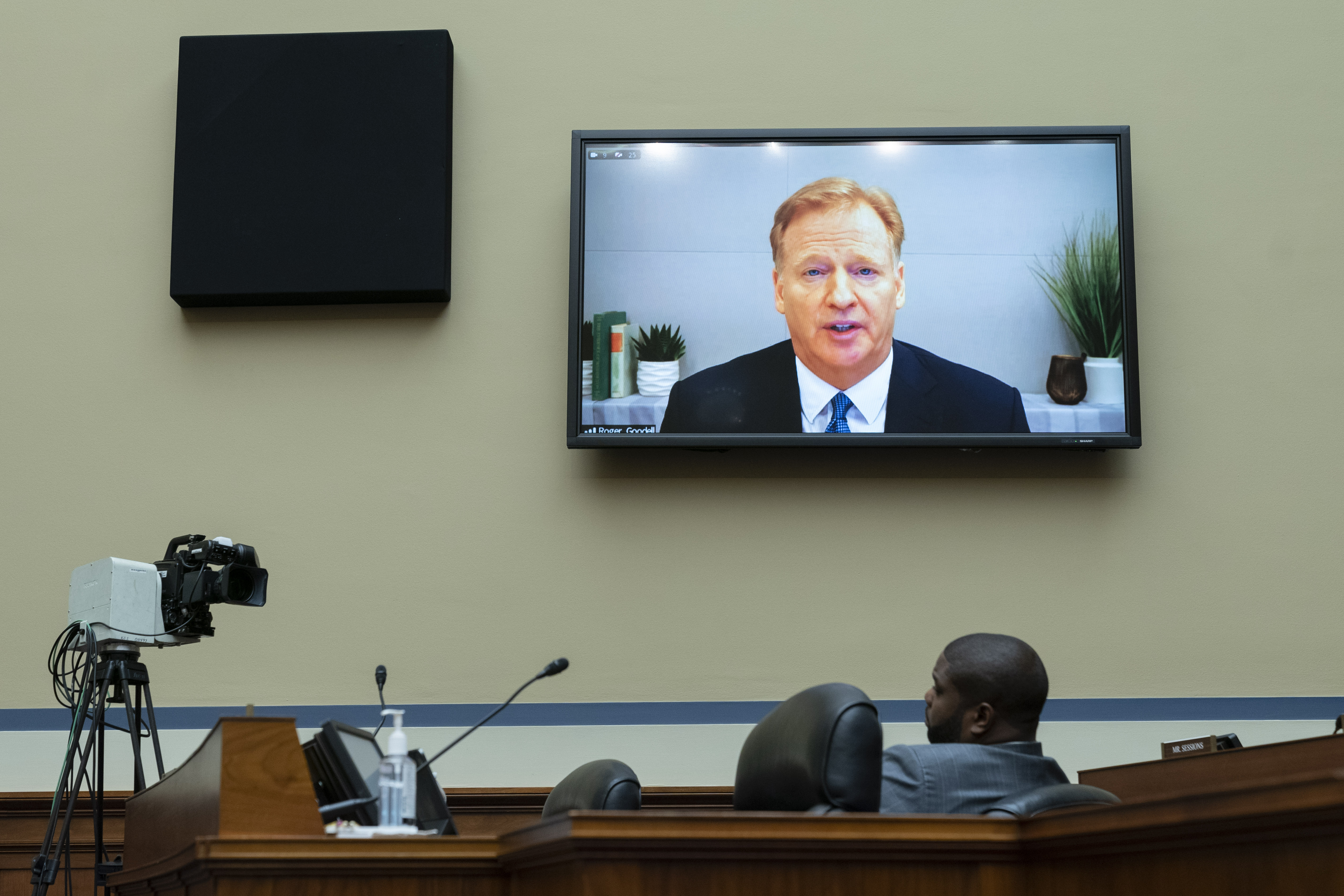