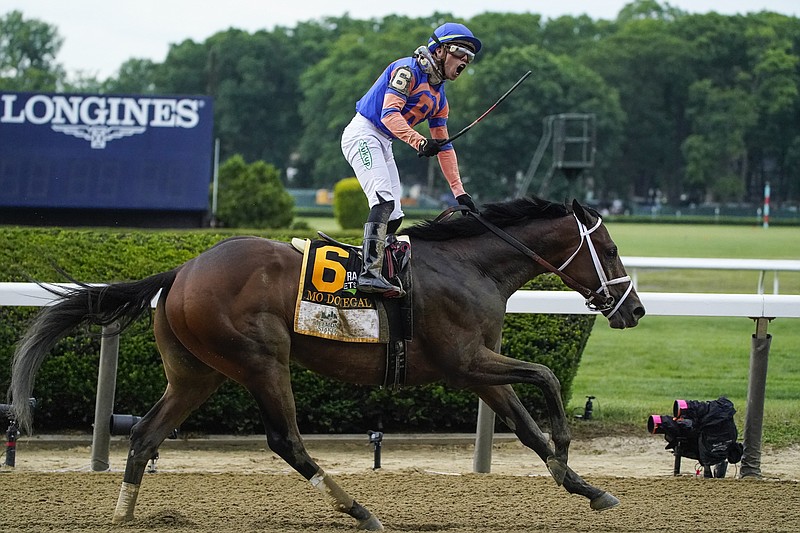 The honeymoon period between horse racing and governmental regulations, if one ever existed, appears ruptured in advance of changes in the sport scheduled to begin July 1.

Something called the Horseracing Integrity and Safety Authority came under attack during a meeting Monday with an estimated 400 Kentucky horsemen and others watching via YouTube or Zoom.

HISA CEO Liza Lazarus inflamed rather than eased the concerns of horsemen with comments like, "All I can really say is this is what the federal government has imposed upon us."

And, "The federal government could also close down horse racing."

Lazarus is a career lawyer and sports administrator put in charge of carrying out the medication and safety rules -- and others -- that are part of HISA.

The nearly three-hour meeting of the Kentucky Horsemen's Benevolent and Protective Association concluded with trainer Karl Broberg saying "that might qualify as the worst sales pitch ever."

Using backstretch vernacular, trainer Ron Moquett, of Hot Springs, said on Twitter, "It is my opinion that HISA does not pass pre-race soundness and should be placed on the vets' list."

Of particular concern to horsemen is medical treatment of injured horses who may be laid up outside HISA jurisdiction. Should that responsibility fall to horse owners, to unregistered farmers or to doctors who may not be racetrack vets?

"At that non-covered farm, it's the veterinarian who is tending to the horse who is supposed to upload the records," Lazarus said. "If they're not licensed by a state racing commission, we have a separate designation for that group of veterinarians where they register as 'non-covered persons' so that they can ultimately upload the records. It's the trainer or owner's responsibility to ask them to do so."

Eric Hamelback, CEO of the national HBPA, cautioned horsemen, "If you're a trainer, and you ship a horse to Rood & Riddle (a prominent veterinary clinic in central Kentucky), that vet is going to be responsible for uploading the information. I would get your name off the 'responsible person' category as quickly as possible. At the end of the day, the veterinarians at Rood & Riddle are not licensed by the state. You've got surgery. Do you know what occurs to the horse? No."

Trainer Michelle Lovell added, "I have elderly owners. I do not have time to do anything but what I already do. (HISA is) putting a lot of pressure on trainers. We have our hands full. We are already responsible for the horses that are in our care."

"You're holding a gun to our head and saying choose your livelihood or sign away a lot of constitutional rights," Lovell continued. "As a U.S. citizen, I should not be forced to make that decision within one month. We did not know all these were coming about."

Lazarus responded, "The racetrack safety rules have been up and available on our website for a very long period of time. I'm sorry that you're only learning about them in the past month."

The local track, he said, is working with HISA officials, the state HBPA and the Arkansas Racing Commission.

"There are things included that we're already doing and things that we frankly can't do," he said.

Cella sees the new regulations as "the start of something negative toward our industry rather than positive. At the end of the day it is law."

Oaklawn kicks off its 2022-23 season Dec. 9 with an eight-day December campaign and a weekly schedule (mainly Friday through Sunday) following Jan. 1. The Grade 1 Arkansas Derby, worth a record $1.25 million this year, is April 1; closing day May 6 coincides with the 149th Kentucky Derby at Churchill Downs.