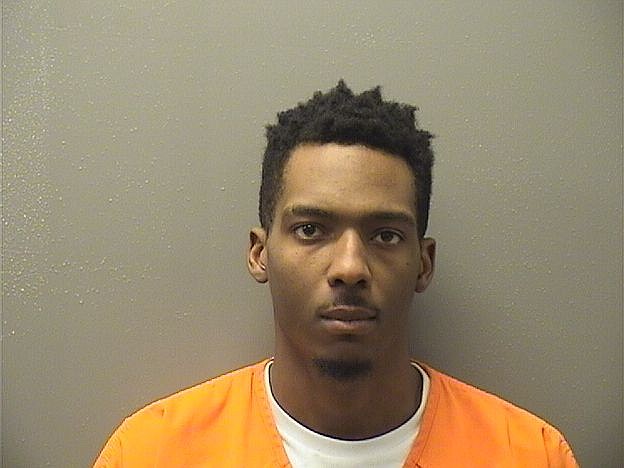 A local man placed on three years' supervised probation in 2018 after pleading guilty to felony and misdemeanor charges had his probation revoked and was sentenced to six years in prison Tuesday after multiple new arrests in 2018, 2019 and 2020 and other violations.

Treshaun Lamarkus Muldrew, 22, who listed a Plateau Street address at the time of his last arrest, was placed on probation on July 23, 2018, after pleading guilty in Garland County Circuit Court to a felony count of theft by receiving of a firearm, punishable by up to six years in prison, and a misdemeanor count of third-degree domestic battery.

The charges stemmed from Muldrew's arrest on April 11, 2018, outside Walmart, 1601 Albert Pike Road, where he was assaulting his girlfriend in the parking lot.

According to the probable cause affidavit, around 12:30 p.m., Hot Springs police Officer Robert Plyler responded to Walmart after callers advised a Black male was hitting a Black female who was sitting in a Honda Civic near the store's tire and lube center.

Plyler located the vehicle and saw Muldrew standing at the open passenger door where the female, 24, was sitting. He noted Muldrew appeared "very agitated" at the time and ordered him to put his hands on the hood of the vehicle, but he refused and began to move away.

In searching Muldrew, Plyler found a 9-mm handgun in his front pocket that was later determined to be stolen out of Murfreesboro in Pike County.

The female told officers she and Muldrew had been fighting most of the morning, at home and then in the parking lot. She had several scratches on her arms, chest and neck and her shirt was torn so she was forced to hold it closed to keep from exposing herself.

Witnesses stated they observed Muldrew physically hitting the female in the face with his hands and trying to drag her out of the vehicle causing her shirt to rip.

Muldrew was arrested on the theft and battery charges and pleaded not guilty on June 4, 2018, but then pleaded guilty on July 23 and was placed on probation, fined $1,000 and ordered to pay $420 in court costs.

According to the petition to show cause seeking revocation of the probation filed on May 6, 2020, Muldrew violated his probation because he was arrested on Aug. 11, 2018, for theft by receiving; on Nov. 17, 2019, for third-degree battery and criminal mischief; and on April 30, 2020, for residential burglary, theft of property and criminal mischief.

Muldrew is set to stand trial on all those charges on Monday in circuit court.

The petition also noted Muldrew had tested positive for marijuana nine times since Aug. 28, 2018, and was in arrears on his fines and costs and probation supervision fees in the amount of $1,590.

After the revocation hearing Tuesday where Muldrew was represented by Garland County Public Defender Tim Beckham and Deputy Prosecutor Mallory Floyd represented the state, Muldrew was sentenced to six years in prison, fined an additional $1,000 and ordered to pay $190 in costs.