Matlin, Reitman added to Oscars board 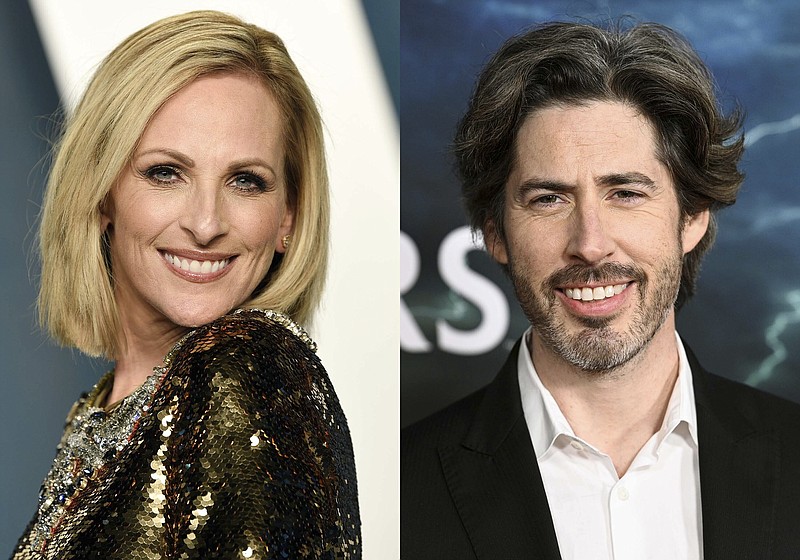 Marlee Matlin appears at the Vanity Fair Oscar Party in Beverly Hills, Calif., on March 27, 2022, left, and director Jason Reitman appears at the premiere of "Ghostbusters: Afterlife" in New York on Nov. 15, 2021. Matlin, Reitman and producer Jason Blum are joining the Board of Governors of the Academy of Motion Picture Arts and Sciences. (AP Photo)

Actor Marlee Matlin, director Jason Reitman and producer Jason Blum are joining the Board of Governors of the Academy of Motion Picture Arts and Sciences.

The organization that puts on the Oscars said Wednesday that they are among the 12 Hollywood professionals who have been elected to the board for the first time. Others joining include cinematographer Dion Beebe, casting director Richard Hicks and marketing and public relations executive Megan Colligan.

Each of the academy's 17 branches are represented by three governors who help set and guide the strategy for the academy and manage its financial health.

Other governors currently serving include Whoopi Goldberg, Ava DuVernay and Rita Wilson. With this election, a majority of the board is female and 28 percent of members belong to an underrepresented racial or ethnic group.