Motorcyclist arrested after allegedly fighting police in a traffic stop 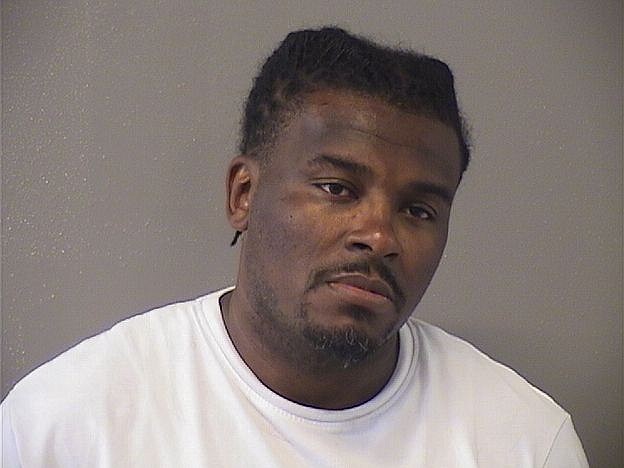 A local man with a felony drug charge pending from last year was arrested on felony and misdemeanor charges Monday following a traffic stop on his motorcycle after he allegedly fought with Hot Springs police and had cocaine in his possession.

Joshua Emanuel Moorehead, 43, who lists a Pinewood Street address, was taken into custody around 12:45 p.m. and charged with a felony count of possession of a controlled substance, cocaine, with purpose to deliver, punishable by up to 20 years in prison, and a misdemeanor count of resisting arrest, punishable by up to one year in jail.

Moorehead, who was previously arrested for possession of a controlled substance, cocaine, with purpose to deliver on Nov. 24, 2021, and is set for a disposition hearing on Aug. 9, was released on $6,000 bail shortly after 5 p.m. Monday and is set to appear July 7 in Garland County District Court.

According to the probable cause affidavit, shortly after 12:30 p.m. Monday, Sgt. Eric Wilhite got behind a maroon motorcycle and noticed the license plate was bent in such a way it wasn't clearly visible. In running what he could see of the plate it reportedly returned to a white Suzuki so he stopped the motorcycle in the 3900 block of Central Avenue.

He made contact with the operator, identified as Moorehead, who gave him an Arkansas ID card. A computer check reportedly showed Moorehead's driver's license was suspended and he didn't have a motorcycle endorsement so Wilhite started writing him a citation.

Wilhite states he noted Moorehead "seemed nervous" and was pacing back and forth in the parking lot and "seemed even more nervous" when Officer Billy Perkins arrived at the scene to assist Wilhite.

The officers asked Moorehead if he had anything illegal on him and he said no, and reportedly consented to being searched. While patting him down, Wilhite states he felt a "hard rock substance" in Moorehead's coin pocket and when asked what it was, Moorehead allegedly admitted it was "crack."

At that point, the officers told Moorehead they were going to handcuff him and he allegedly pulled away and began reaching for his pocket. Wilhite and Perkins both grabbed Moorehead to stop him and he reportedly began "swinging his arms" and elbowed Wilhite in the side of the head.

The two officers took Moorehead to the ground where he allegedly continued to resist, but they finally got him in custody. The affidavit notes both Wilhite and Perkins sustained abrasions during the altercation.

A plastic bag removed from Moorehead's pocket allegedly contained eight individual baggies with a total of 2.3 grams of what later tested positive for "crack" cocaine which was later seized by agents with the 18th Judicial District East Drug Task Force along with $350 in cash Moorehead reportedly had in his possession.

In addition to the felony and misdemeanor charges, Moorehead was cited for driving on a suspended driver's license, having no insurance, no motorcycle license and improper display of tags.