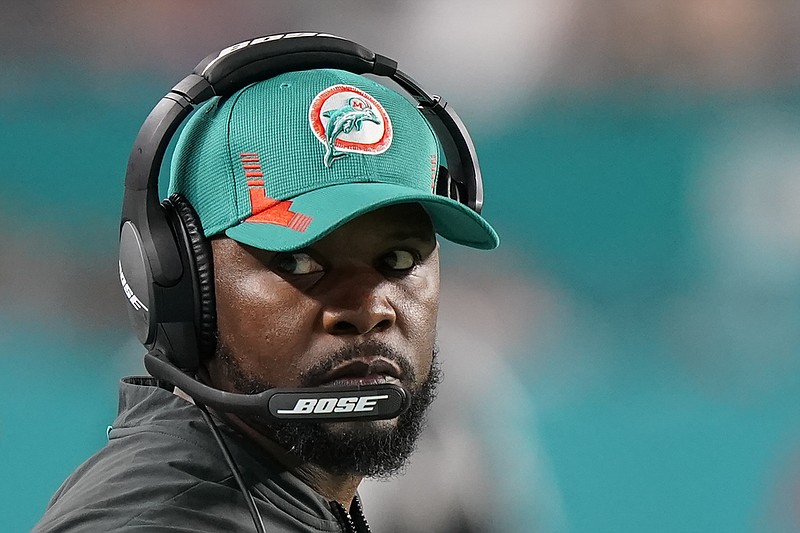 The NFL and six of its teams have formally moved in a New York court to force a lawsuit alleging that they engaged in racial discrimination into arbitration where NFL Commissioner Roger Goodell would be the arbitrator. The league and the teams filed papers Tuesday with a judge presiding over a lawsuit filed by Flores after he was fired in January as head coach of the Miami Dolphins. - Photo by Wilfredo Lee of The Associated Press

NEW YORK -- The NFL and six of its teams have filed for arbitration in the lawsuit that alleges they engaged in racial discrimination. If the league's request is successful, NFL Commissioner Roger Goodell would be the arbitrator.

The league and the teams filed papers late Tuesday with a judge presiding over a lawsuit that was filed by Brian Flores after he was fired in January as head coach of the Miami Dolphins. The NFL said employment agreements with teams signed by Flores and other coaches contain provisions that require the arbitration of all disputes.

Flores now works as an assistant coach for the Pittsburgh Steelers. Two other Black coaches in the league -- Steve Wilks and Ray Horton -- joined Flores' lawsuit, in which he alleges that the league engages in racist hiring practices despite its claims to the contrary.

The NFL has insisted the lawsuit is "without merit," although Goodell said before the Super Bowl that "all of the allegations, whether they were based on racism or discrimination or the integrity of our game, all of those to me were very disturbing."

A Manhattan federal judge is unlikely to rule on the arbitration issue until late summer at the earliest.

David Gottlieb, a lawyer for the coaches, said Wednesday that moving the case to the secrecy of arbitration was, in effect, "stripping our clients of their rights."

"Arbitration is privatizing the judicial branch," Gottlieb said. "All we're asking for is an open and fair process."

He said lawyers for Flores and the other two coaches will argue that the lawsuit belongs in federal court because any agreements calling for arbitration were signed with the teams rather than the league.

In March, Flores' attorney Douglas Wigdor wrote a letter to Goodell, saying "arbitration is not transparent" and urging him to let the lawsuit stay before a judge.

In its papers, the NFL argued that the discrimination lawsuit's claims were not properly before the Manhattan court because multiple arbitration agreements signed by the coaches require arbitration.

The league also defended its record on fighting discrimination, saying "diversity, equity and inclusion are core NFL values." It cited its implementation nearly two decades ago of the "Rooney Rule," which now requires teams to interview at least two minority candidates for any head coaching opening and at least one candidate in person.

In his February lawsuit, Flores said the league remained "rife with racism" and continues to deny Black coaches positions for racial reasons, making it difficult for them to become general managers, head coaches, offensive and defensive coordinators and quarterbacks coaches in particular.

His lawsuit sought class-action status and unspecified damages. In their papers, the league -- along with the New York Giants, Miami Dolphins, Denver Broncos, Houston Texans, Arizona Cardinals and the Tennessee Titans -- insisted that arbitration agreements will require the coaches to assert their claims individually.

The filing came hours before a House committee released a document alleging Washington Commanders owner Dan Snyder conducted a "shadow investigation" to discredit former employees who claimed workplace sexual harassment. The document said private investigators were hired to intimidate witnesses and an overseas lawsuit was used as a pretext to obtain phone records and emails. 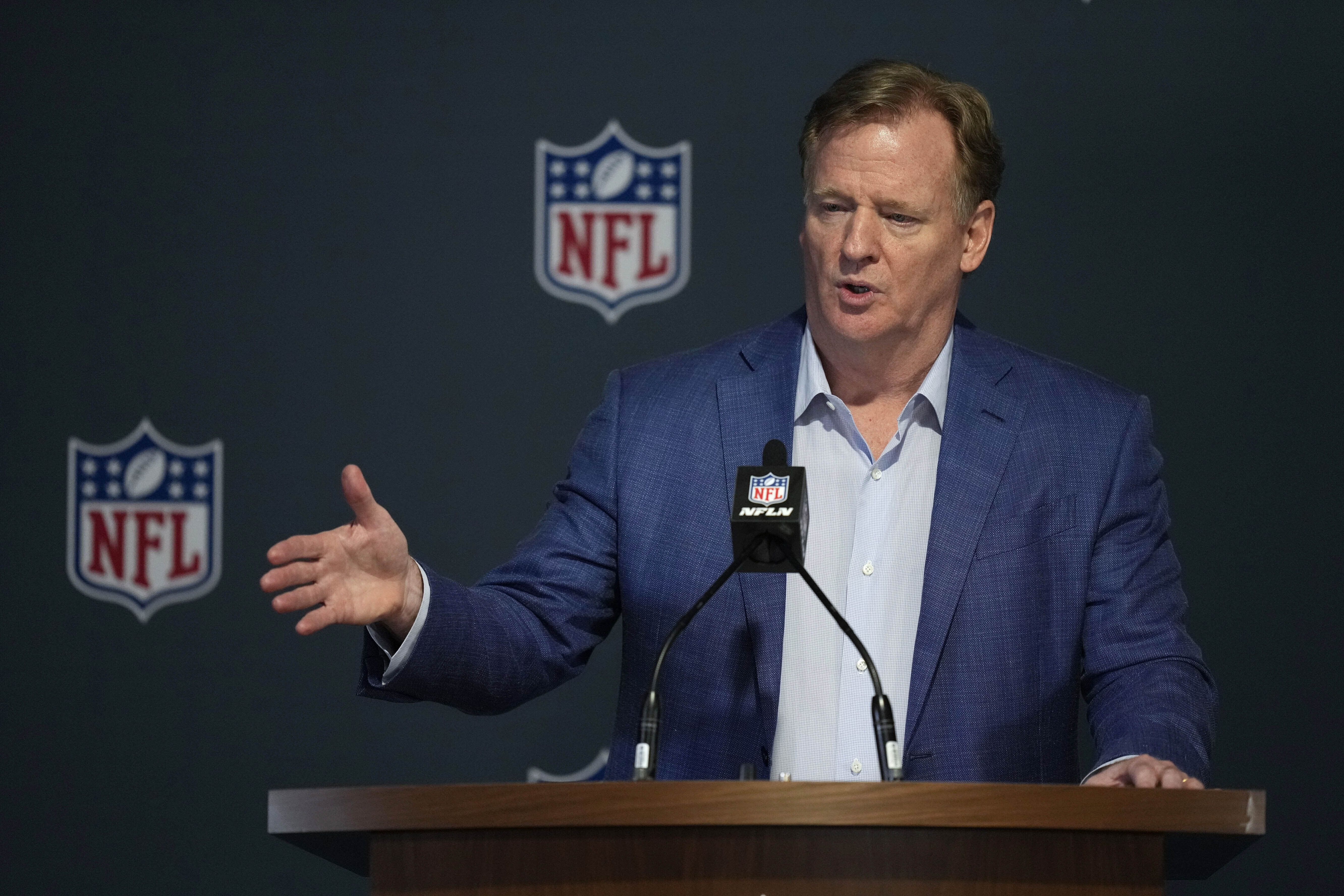 FILE - NFL Commissioner Roger Goodell answers questions from reporters at a press conference following the close of the NFL owner's meeting on March 29, 2022, at The Breakers resort in Palm Beach, Fla. The NFL and six of its teams have formally moved in a New York court to force a lawsuit alleging that they engaged in racial discrimination into arbitration where Goodell would be the arbitrator. The league and the teams filed papers Tuesday, June 21, 2022, with a judge presiding over a lawsuit filed by Brian Flores after he was fired in January as head coach of the Miami Dolphins. (AP Photo/Rebecca Blackwell, File)