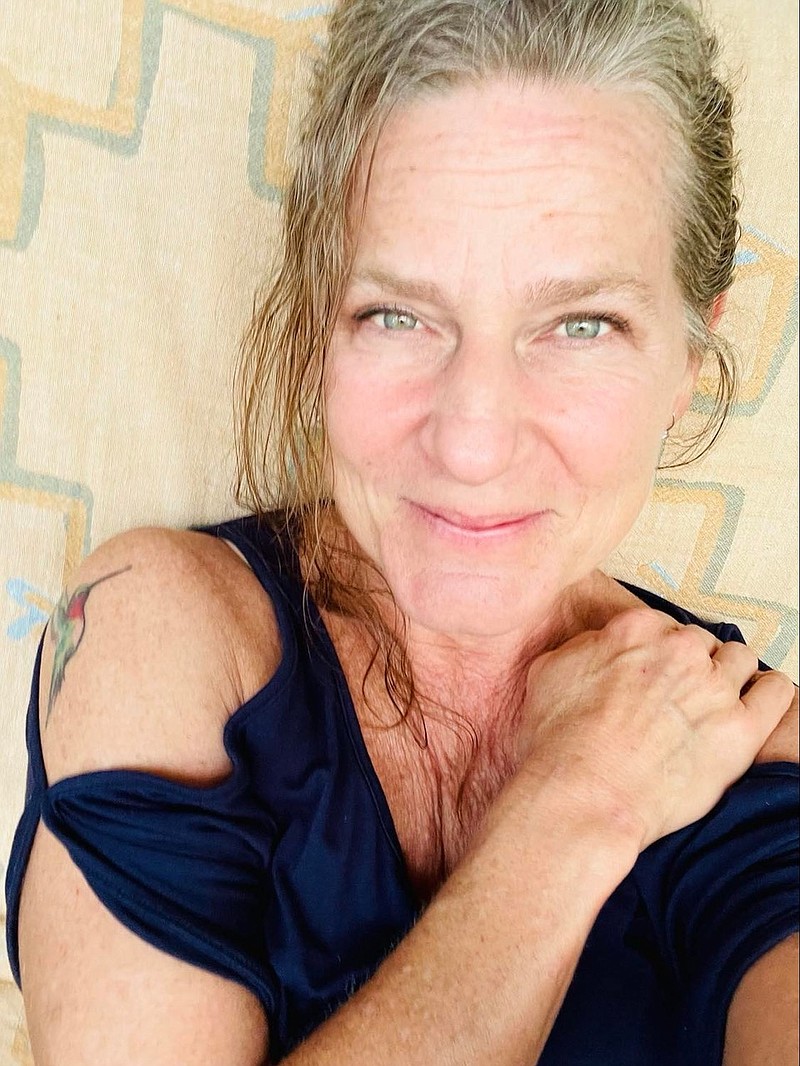 The regular open mic session for all poets, musicians, and storytellers will begin at 6:30 p.m. today. Martin will begin her feature set at 7:15 p.m., followed by another round of open mic. Admission is free and open to all ages. All are welcome.

Born in Pine Bluff in 1967, Martin moved to Little Rock when she was 12 years old and graduated from Parkview High School in 1986. "After living in 15 places in 10 years, including the U.S. Virgin Islands, both coasts of Florida, Colorado, and New Orleans, I came back home to Arkansas and have been here ever since," she said in a news release.

Martin holds an MFA in Creative Writing from the University of New Orleans, and is the mother of two grown daughters and a teenage son. "I currently teach English for Southern New Hampshire University (online), teach creative writing classes at my kitchen table, am a Reiki practitioner/healer, and manage an Airbnb. My hobbies are barefoot trail running, reading, and, of course, writing," she said.

After receiving her MFA, Martin went on to create and produce the internationally-syndicated "Tales from the South" radio show, which garnered multiple local and national awards. A recipient of the Arkansas Arts Council Governor's Arts Award, and the 2017 Inductee into the Arkansas Writers' Hall of Fame, Martin also calls herself a healer.

"I have been helping people tap into their own divine essence for over 25 years. Along with teaching creative writing, spiritual expression, and arts classes, my background includes extensive mentorships in shamanism and new-paradigm healing, attunement in Usui Reiki Level III, and years of studying multiple spiritual pathways and meditation. I am also a Shodan (first-degree black belt) in Cuong Nhu, a martial art which draws techniques and principles from several Japanese, Chinese, Vietnamese and other arts, in which students strive to improve themselves and their abilities in the martial arts in order to serve the people," she said.

When asked about her poetry, Martin said, "Poetry is my first love. I have been writing poetry since I can remember, probably around age 5. It's my go-to and what I write daily. I am inspired by nature, spirituality, and connections. I am intrigued with the subtle -- what isn't said, the space between the lines. My poetry is generally short and lyrical. I write both free verse and structured poems. I am very prolific -- I write at least one poem a day, every day. I have won local, national, and international awards for my poetry and fiction. My work has appeared in literary journals, magazines, and anthologies. I have two published novels, five published books of poetry, and one upcoming art book collaboration (poetry and artwork). I have also edited seven anthologies, worked as an editor for several literary journals, and judged dozens of writing contests."

This is the second time Martin has been featured at Wednesday Night Poetry.

"I had the honor of being the feature in August of 2019, and at that time that was the first time I had ever been featured as a poet. I had done many, many readings as a fiction writer, teacher, radio show host, and more, but never a poet. Poetry has always been my first love and what I write the most, but it was something personal for me that I generally didn't share with others publicly. I had won lots of awards for my poetry and had been published in literary journals and anthologies, but I had not read in front of an audience. So it was really a coming out for me to be featured as a poet," she said.

"With that in mind, this time on WNP I am going with that same spirit and am going to share what I have been quietly working on the past year or so: songwriting. There's a whole story that I'll share at the show, but in a nutshell, I suddenly started writing song lyrics last year, and I ended up with over 60 songs. I've been working on them, and when Kai invited me to be the feature, I knew it was time to take the next step. I'll be joined by guitarist Gene Reid, and I'll sing two of them live as part of my set (for the first time in my life). So WNP for me is yet another chance to step into the next stage of my life: singer/songwriter," Martin said.

"Paula is an Arkansas treasure who has worked for decades to amplify and share the beauty and honest reflections of the south (in her past role on radio), and now moving to the universal reflections in her personal poetry and songwriting with this new chapter of her long beautiful book of life. I am thrilled to welcome her back for poetry, and to hear her spread her songwriter wings with us, too," WNP Host Kai Coggin said in the release.

"Personally, and speaking for many women, nonbinary, and trans folks who can get pregnant, this is a difficult week to be a woman in the South. I want everyone to know that Wednesday Night Poetry is a safe space to come and grieve, to speak truth to power, to gather in creativity, music, poetry, and art in order to process and find community," Coggin said.