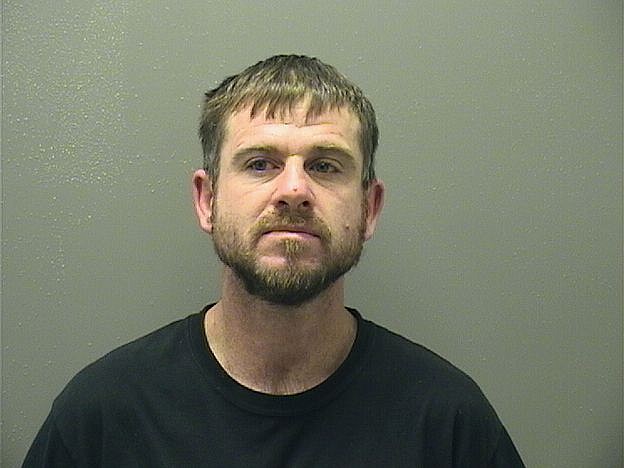 A Hot Springs man with felony charges pending from last year was arrested early Tuesday after allegedly stealing the SUV of a woman who was reportedly sleeping.

Brian Doyle Harvey, 39, who lists a Chancellor Street address, was taken into custody around 12:15 a.m. and charged with a felony count of theft of property over $5,000, punishable by up to 10 years in prison, and misdemeanor counts of driving on a suspended driver's license and not having insurance.

Harvey was being held on a $6,250 bond and was set to appear Wednesday in Garland County District Court. Harvey was previously arrested on Dec. 21, 2021, on felony charges of possession of a controlled substance, meth, and fleeing in a vehicle and released on Feb. 2 on a $9,500 bond. He is set for a disposition hearing in Garland County Circuit Court on July 5.

According to the probable cause affidavit, around 10:45 p.m. Monday, Arkansas State Police Trooper Justin Parker was patrolling in the area of Central Avenue near Amity Road when he saw a pewter-colored Chevrolet Tahoe traveling south on Central and followed it as it turned into an "unlit roadside lot."

A computer check of the tags showed the vehicle had been reported stolen out of the Hot Springs Police Department.

Parker stopped the vehicle and detained the driver, identified as Harvey, and after reading him his rights asked about the SUV. Harvey reportedly claimed he met the female owner of the vehicle two days earlier and that around 10 a.m. that day he told her he was taking her vehicle.

He reportedly described the owner as being "asleep or half out-of-it" when he told her he was taking it.

He claimed he was on his way to return the vehicle when Parker stopped him, but Parker determined the owner lived near Magic Springs Theme and Water Park on East Grand Avenue and Harvey was headed south on Central Avenue.

He noted Harvey was "traveling in the opposite direction from the owner's residence and on the opposite end of the county." Harvey was arrested and the vehicle, which has an estimated value of $6,500, was returned to its owner.