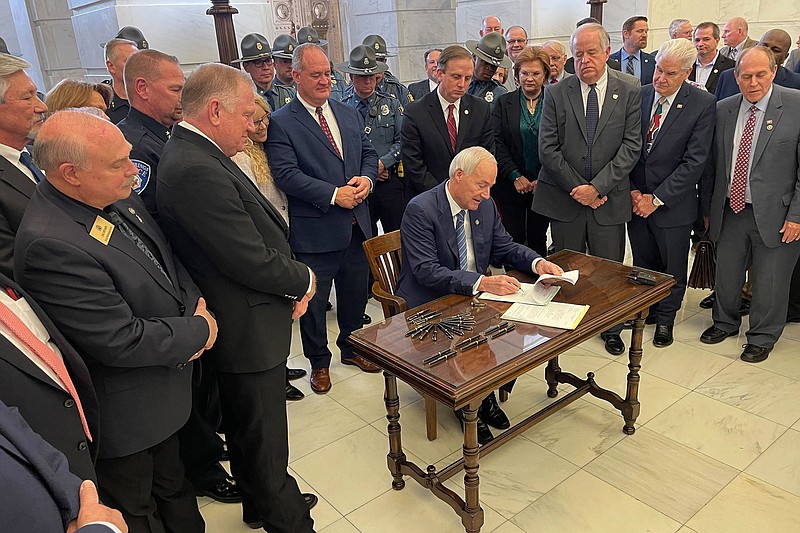 The other bill the Republican governor signed raises pay for state troopers. Under the measure, starting salaries for troopers will increase from $42,357 to $54,000. That bill also funds a $10 million grant program for law enforcement agencies to seek money for body cameras, bulletproof vests and other equipment.

Hutchinson signed the bills shortly after lawmakers gave final approval to the state's $6 billion budget for the coming year and recessed this year's session. Lawmakers plan to reconvene next week to formally adjourn the session.

"It was a public safety session in which we showed our appreciation and our value that we place on our law enforcement officers," Hutchinson said before signing the legislation. "And this will encourage them, improve recruitment, and increase professionalism."

The fiscal session, which began Feb. 14, was intended to focus on the state's budget but included an unsuccessful effort by some Republicans to enact an abortion modeled after Texas' restrictive law.

Hutchinson and legislative leaders opposed the effort, saying lawmakers should focus on the budget and await a key abortion ruling expected this summer from the U.S. Supreme Court. That ruling, on Mississippi's 15-week ban, could weaken or overturn Roe v. Wade.

Hutchinson declined to say whether he'd call lawmakers back into session if the court weakens but doesn't strike down Roe. Arkansas has a "trigger law" that automatically bans abortion if Roe is overturned.

"Let's wait and see what the Supreme Court does on the Mississippi case and we'll make decisions from there," Hutchinson said.

Lawmakers on Tuesday also gave final approval to the budget for the state Department of Corrections, which sets aside up to $75 million for nearly 500 new beds at a north Arkansas prison.

The measure passed the Senate on a 30-3, with several Democrats objecting to the prison expansion and saying the state needs a more comprehensive approach.

Republican Sen. Jonathan Dismang, who co-chairs the Joint Budget Committee, noted that the prison expansion proposal still must go before a legislative panel before it can begin.

The Senate on Tuesday also elected Republican Sen. Bart Hester as its next president pro tempore. Hester's election was assured Monday after he defeated current Senate President Jimmy Hickey in a vote among Republicans, who hold 27 of the Senate's 35 seats.

Hester has served in the state Senate since 2013. The House will vote on its next speaker next week after adjourning the session. 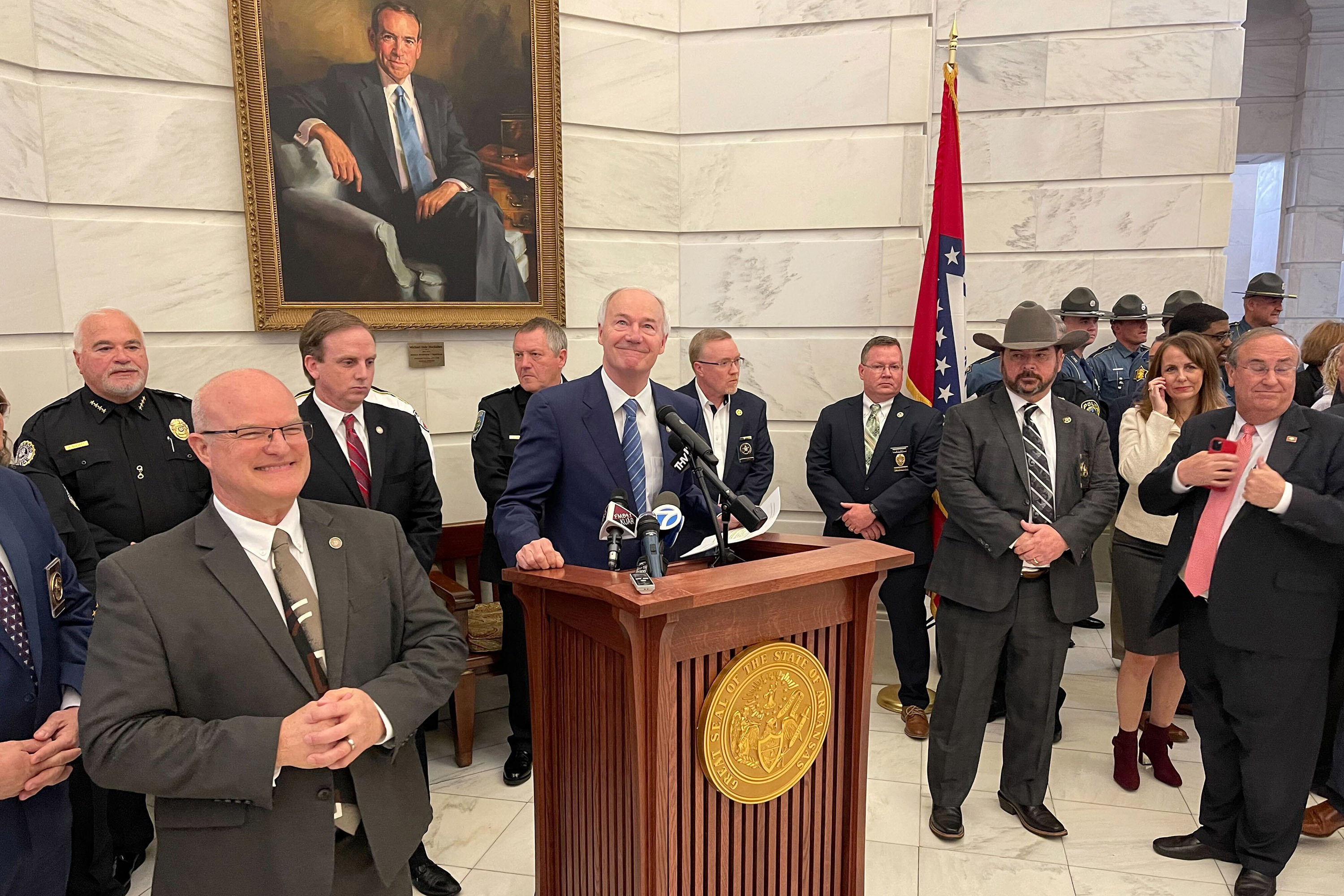