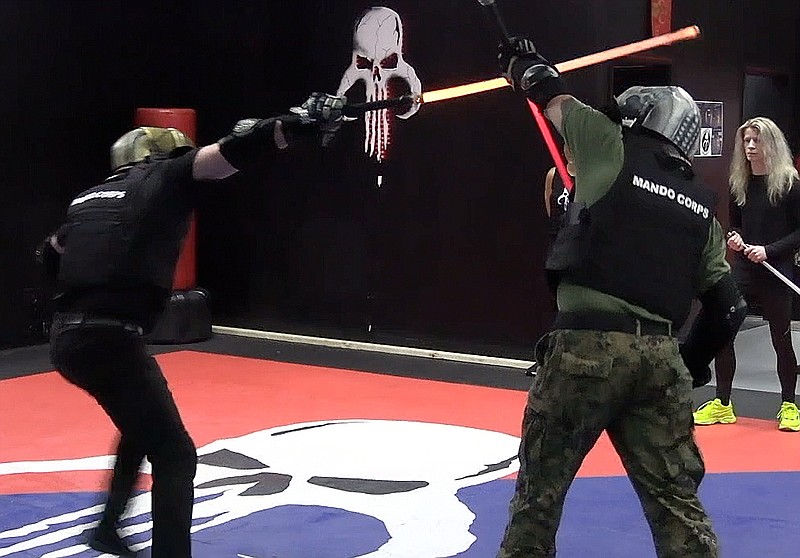 Co-owner of the AR Combat Center, Jason Hayden, right, fights against his son, Ruben Gay in lightsaber martial arts. – Photo by Tyler Wann of The Sentinel-Record

A martial arts school with a sci-fi twist has opened in Hot Springs.

Jason Hayden, one of the owners, said the grand opening was held Feb. 16. A self-described "Star Wars" nerd growing up, he said he did martial arts before serving 20 years in the Marine Corps.

In 2018, he learned about full-contact lightsaber fighting leagues.

"I told my wife, 'I want to join,'" he said. "So I did and two weeks later, I did my first tournament under a bridge in Waco, (Texas) under a highway."

After finishing the tournament, Hayden decided to open the martial arts school and teach lightsaber fighting. His wife, Deborah Hayden, was very supportive as a physical training professional of 20 years.

Jason Hayden said he was still a student himself, taught by Nero Lynx, the main lightsaber instructor at the martial arts school, who also teaches Filipino martial arts.

"I trained in the Philippines for a while fighting a lot of people with machetes and knives," Lynx said. "And that's what I realized I really enjoyed doing. Teaching martial arts is just the only thing I really care about getting out of bed for, so this is what I devoted myself to."

One of the other owners, Felix Borel, teaches jiu-jitsu and muay thai kickboxing classes at the school. Jason Hayden and Borel work together in managing the school.

"We work together quite a bit," Borel said. "My relationship with Jason is a really, really good one. Him being a fellow veteran is really handy. We speak the same language. It really makes everything a lot more seamless."

"What I found is the more I moved around, the better I felt," he said.

The school offers classes for students 3 and older. The martial arts classes can be started at any age. Beginners in the lightsaber classes use foam sabers and work their way up to the combat lightsabers, which Jason Hayden said they earn.

"I want it built because of what they've done, not because of who they are or if they have money," Deborah Hayden said. "I think it's valuable to earn it. And all of our kids have earned it."

There is a rank structure in which the lightsaber trainees earn experience points. Only the higher ranks are allowed to use the combat lightsabers.

"So you start out as a prospect and you have to train for a few weeks to get enough time to become an initiate," Lynx said. "The point of that is to learn the basic movements so that you're not tripping over yourself and you know where your own body is. And then the higher ranks like knight and strategist, that is when you should be able to teach other people what you've learned."

Deborah Hayden said she came up with the name AR Combat Center. She said she chose that name because it was all-inclusive of what they do at the martial arts school.

"The lightsabers are the sizzle to get people in the door," Jason Hayden said. "And then they see what we have to offer."

Although Jason Hayden now manages the martial arts school, he still makes custom lightsabers as well. Prices for the sabers vary depending on the customizations. He said most cost around $250. 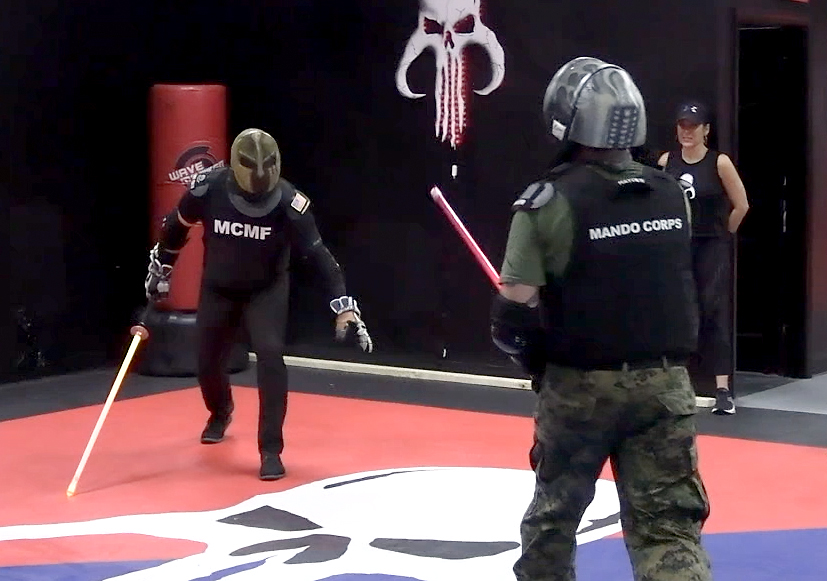 Co-owner of the AR Combat Center, Jason Hayden, right, and his son, Ruben Gay prepare to compete against one another in lightsaber martial arts. – Photo by Tyler Wann of The Sentinel-Record 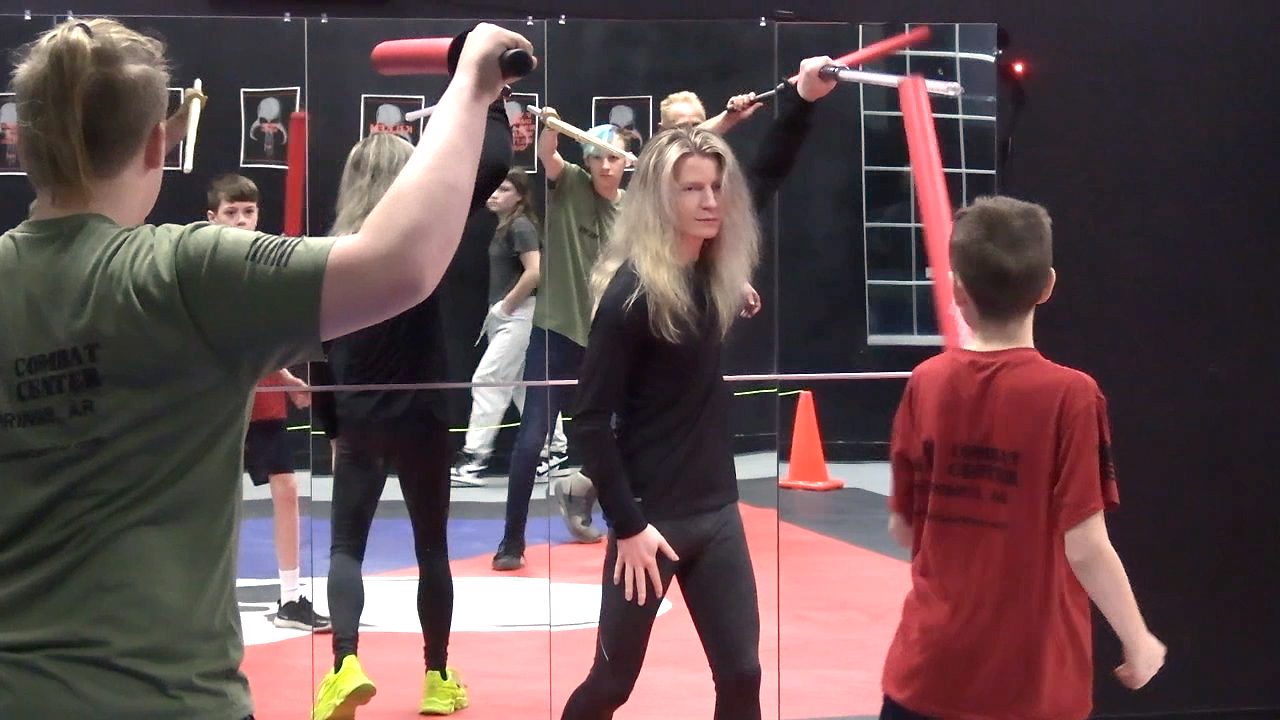