Authorities ask for witnesses to shooting at Dumas car show 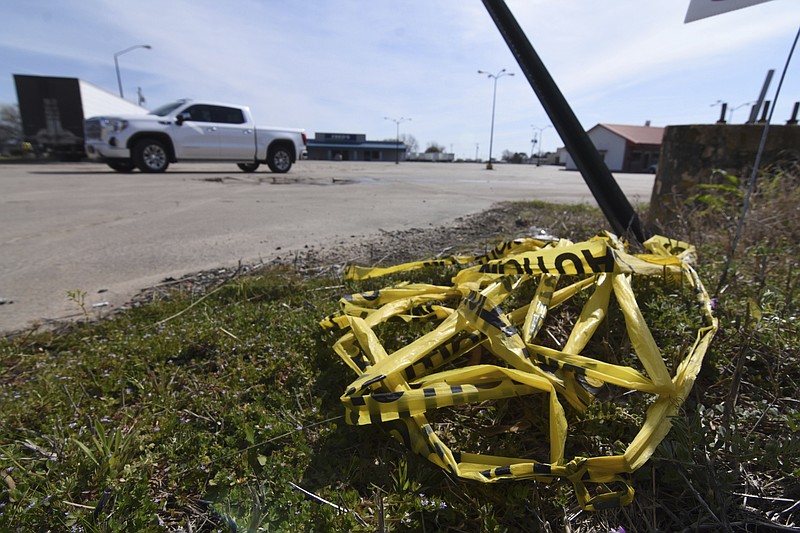 Crime scene tape lies on the ground, Sunday, March 20, 2022 at the scene where a shooting that left over 20 injured and one dead occurred Saturday night in Dumas, Ark. (Staci Vandagriff/The Arkansas Democrat-Gazette via AP)

LITTLE ROCK -- Arkansas authorities on Monday asked the public to contact them if they can identify the suspects involved in a shooting at a car show that killed one person and left 26 wounded.

Arkansas State Police did not announce any arrests for the Saturday night shooting in Dumas, a city of about 4,000 located about 90 miles (144 kilometers) southeast of Little Rock. The car show is part of a community event held each spring called Hood-Nic, which is short for neighborhood picnic.

State police said they were reserving a phone line for witnesses and victims who have not reported their injuries to contact them. Anyone with information about suspects or information leading up to the shooting is asked to contact state police.

State police spokesman Bill Sadler said they have not been led to believe any of the wounded still hospitalized were being treated for life threatening wounds.

Police have not released any descriptions of the shooters involved. State police on Sunday said the shooting was the result of a gun fight between two people. One person was questioned after being arrested on unrelated charges.