HS man sentenced to 30 years in prison for fatal shooting 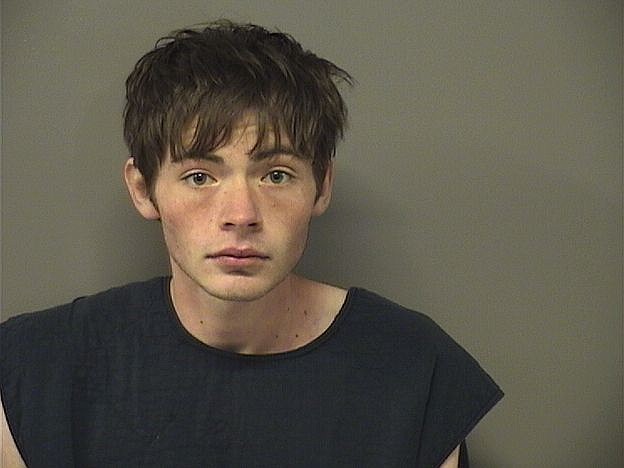 A Hot Springs man was sentenced to 30 years in prison Tuesday after pleading guilty to murder and terroristic act charges stemming from an incident in 2020 when he shot into his mother's mobile home, striking her husband, who later died.

Chief Deputy Prosecutor Kara Petro told The Sentinel-Record on Wednesday Rowland's mother approved of the plea deal and noted he had no prior criminal history before the shooting.

An alleged accomplice, Taylor Samantha Morris, 19, of Royal, Rowland's girlfriend at the time, was also arrested and charged with committing a terroristic act, punishable by up to 20 years in prison, and her case is still pending in circuit court, Petro said.

The charges stem from a confrontation early the morning of Oct. 24, 2020, at 609 Mountain Pine Road, which was the listed address for Rowland at the time. The victim, Logan Ray Lundy, 23, was transported to an area hospital for his injuries and died the next day.

Rowland and Morris were arrested around noon on Oct. 24 on the terroristic act charges and the murder charge was filed against Rowland on Sept. 27 following Lundy's death. Morris was later released on bond, but Rowland has remained in custody since his initial arrest on a $250,000 bond.

According to the probable cause affidavit for Rowland, shortly after 5:30 a.m. Oct. 24 Rowland's mother called 911 requesting an ambulance because her husband, identified as Lundy, had been shot at their residence.

Garland County sheriff's deputies responded and located Lundy, who was seriously injured, and a second victim, Haley Jones, who was present at the time of the incident and reportedly received a minor injury from being close to the path of the bullet that hit Lundy.

Rowland's mother told deputies Rowland had been kicked out of the home a few days earlier. She said he and his girlfriend, Morris, and an unknown white male came to the house that morning to get some of his belongings.

She said Rowland "became upset" that no one had left a key outside for him to get in so he began banging on the front door. An argument ensued during which she told her son to get out.

After Rowland exited the residence and was outside, his mother said she heard "multiple loud noises" believed to be gunshots and then Lundy fell to the floor with a gunshot wound. Rowland, Morris and the second male all fled from the area before emergency personnel arrived.

Deputies observed what appeared to be bullet holes on the exterior of the south side of the mobile home.

Rowland's brother was also at the residence during the incident and stated he saw Rowland "with a silver or gray handgun in his hand" when he first came into the home that morning.

Attorney William James Jr., with the James Law Firm of Little Rock, filed papers on Oct. 26, 2020, indicating he would be representing Morris in the case while Rowland was represented by the public defender's office.

A gag order was issued on Nov. 23, 2020, which limited pretrial publicity and access to further court updates in the case after it was bound over to circuit court on Dec. 21, 2020.