Man charged with felony battery for alleged attack on ex-girlfriend 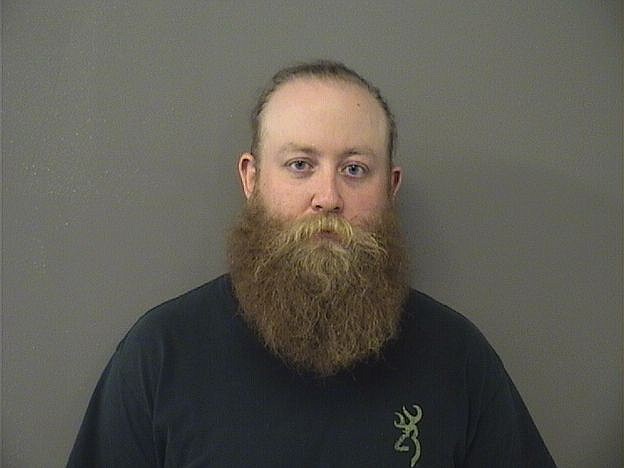 A Hot Springs man was arrested on a felony battery charge Sunday morning stemming from allegations he attacked his ex-girlfriend, choking her and slamming her head onto a concrete floor.

Christopher Blake Cowart, 33, of 216 Lance Circle, was taken into custody at his residence around 6:30 a.m. and charged with second-degree domestic battery, punishable by up to six years in prison.

Cowart, who lists no prior criminal history, was being held on a zero bond and is set to appear June 6 in Garland County District Court, although he will likely be arraigned sooner in order to set a bond.

According to the probable cause affidavit, around 6:15 a.m. Sunday, Garland County sheriff's Deputy Eduardo Grajeda was dispatched to Cowart's residence after Cowart reportedly called dispatchers and indicated he wanted to talk to a deputy about "a physical disturbance" between him and his ex-girlfriend, 38, that had occurred earlier.

While en route to the residence, Grajeda learned from Deputy Kevin Hampton that he had taken a battery report earlier from the ex-girlfriend shortly before 5 a.m. where she was reportedly injured and transported to National Park Medical Center.

Grajeda and Deputy Mason Robinson made contact with Cowart in his driveway and took him into custody for felony battery. He reportedly stated that his ex-girlfriend had messaged him earlier that morning asking him to come over because she was "feeling suicidal" and wanted him to take custody of their child.

Cowart stated he went to her residence on Highway 7 north and she got upset with him and "started biting and hitting him." He said he took her to the ground "in self-defense" but admitted she was bleeding from the forehead after being taken to the ground.

He said he then left her residence and went back home and later called the sheriff's office "to give his side of the story."

Deputies noted Cowart had a bite mark on his right arm and a red mark on his forearm which he said resulted from his ex-girlfriend's attack on him.

Hampton stated he and Deputy Rowland had responded to the residence of the ex-girlfriend who said Cowart had attacked her, noting he "just snapped" and began choking her from behind. She said she was able to get free, but then he grabbed her head and "attempted to twist her neck as if to break it."

She alleges he also slammed her head onto the concrete in her carport and choked her several more times "depriving her of oxygen." Deputies noted she had redness and swelling to her face and neck and blood coming from her ears, nose and mouth. She was complaining of severe neck and back pain so they called LifeNet and had her taken to NPMC.