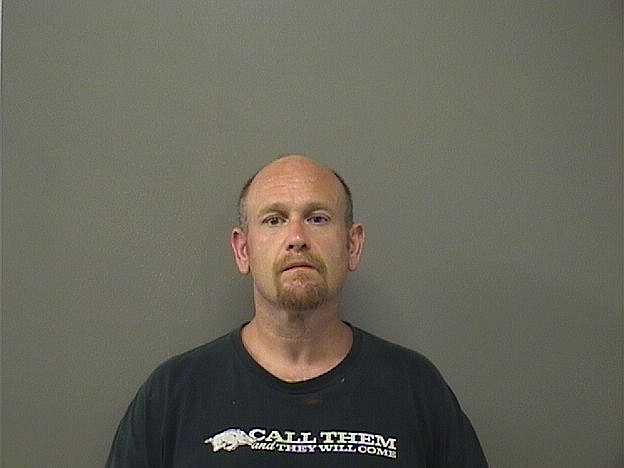 A Hot Springs man was arrested on felony warrants late Monday stemming from a head-on collision last summer in which he was allegedly driving under the influence of drugs.

Tyson McHale Brumley, 40, who lists a Brumley Trail address, was taken into custody shortly after 10:30 p.m. in the area of South Harris and Airport roads on felony charges of second-degree battery and possession of drug paraphernalia, each punishable by up to six years in prison, and a misdemeanor count of driving while intoxicated, second offense.

Brumley, a felon on probation, was also cited for driving left of center and careless and prohibited driving, both stemming from the wreck on Aug. 23, 2021. He remained in custody Tuesday in lieu of a $6,500 bond and is set to appear today in Garland County District Court.

According to court records, Brumley was previously convicted of DWI, drugs, first offense, on Dec. 15, 2017, and sentenced to 60 days in jail and six months' supervised probation. On Feb. 11, 2020, he was convicted in Garland County Circuit Court of possession of a controlled substance, meth, and possession of drug paraphernalia and sentenced to eight years' supervised probation.

According to the probable cause affidavit on the new charges, on Aug. 23, 2021, shortly after 10 a.m., Arkansas State Police Trooper Michael Reed was dispatched to a head-on collision in the 6500 block of Highway 5.

After an investigation into the wreck, Reed determined Brumley was traveling south on Highway 5 and the other driver was traveling north and Brumley crossed the centerline and collided with the other vehicle near the east fog line.

During an inventory of Brumley's vehicle following the wreck, Reed allegedly found four smoking devices with white residue and a used syringe. Reed contacted troopers in Little Rock and had them obtain a blood sample from Brumley at UAMS shortly after 1:30 p.m. that same day.

The affidavit notes the driver of the Focus suffered several broken bones in his right leg. The tibia was missing approximately 3 inches of bone and the victim had to receive bone grafts and has a 10-inch scar as a result. He reportedly still walks with a limp and has back discomfort from his injuries.

The report also notes the victim missed five months of work and it delayed him starting lineman school.

After further investigation, warrants for Brumley's arrest were issued on April 28.