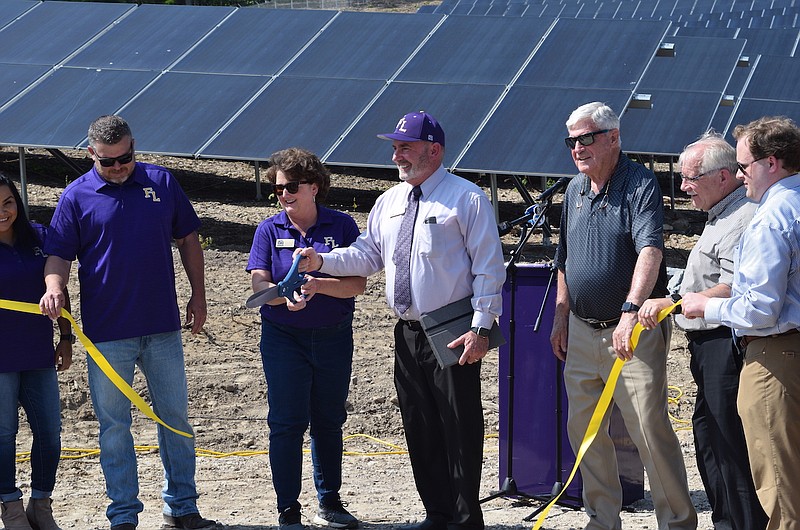 Fountain Lake School District Superintendent Michael Murphy and school board President Dana Greeson hold the scissors during Monday’s ribbon-cutting ceremony for the new solar power plant, as solar modules are seen from behind. - Photo by Donald Cross of The Sentinel-Record

The ceremony was held on the site's location, at 2805 Park Ave., on land purchased by Scenic Hill Solar approximately 1.5 miles south of campus. Power to the 1,050 kW plant, which contains over 2,400 solar modules, was turned on for the first time April 19, and will generate enough electricity to power approximately 90% of the school's daily operations.

Fountain Lake School Superintendent Michael Murphy said the district is excited about the benefits the solar power plant will offer students, parents, faculty and staff, and the entire community.

"We have entered into an agreement with Scenic Hill Solar, basically, to continue to consume the amount of energy that has been on electric bills over the last three years," he said. "And with that, in that partnership, we have literally taken our kilowatt cost and cut it in half. We'll increase that by roughly a half of a percent through time, and we do anticipate a savings to exceed $1.2 million through the life of this array that stands here behind us."

Murphy noted this is a significant savings to the district.

"Energy is something that we all need, but yet understand full well that there will be continued acceleration of costs to utilize it in the future," he said.

They will be providing over 5,535 homes electricity, he noted, for the equivalence of one year.

"That's what this array can do standing here behind us. So it really is kind of difficult to envision the amount of energy that is being placed back on the grid -- not only for the utilization of Fountain Lake -- but the Hot Springs community at large," he said.

Carrie Kyhl, director of business development for Scenic Hill Solar, said the passage of Arkansas Act 464 of 2019 opened opportunities for school districts like Fountain Lake to save money on electricity bills, without having to spend any upfront initial capital.

Bill Halter, CEO of Scenic Hill Solar, said in a news release the company is honored to partner with Murphy and the school board on such a "bold and innovative project" for the district.

"This project not only saves money and provides electricity cost certainty for the School District, it will provide greater property tax revenues for the community and establish Fountain Lake as a major contributor to improving the environment and all of this during a time of rising fuel prices and economic instability," he said.

"In the vision of policy-makers that allows for this type of project to evolve, it takes a lot of people to make this type of endeavor become a reality," said Murphy.

Fountain Lake STEM students are shown with school, Scenic Hill Solar, and other area leaders at Monday’s ribbon cutting for a solar power plant. - Photo by Donald Cross of The Sentinel-Record 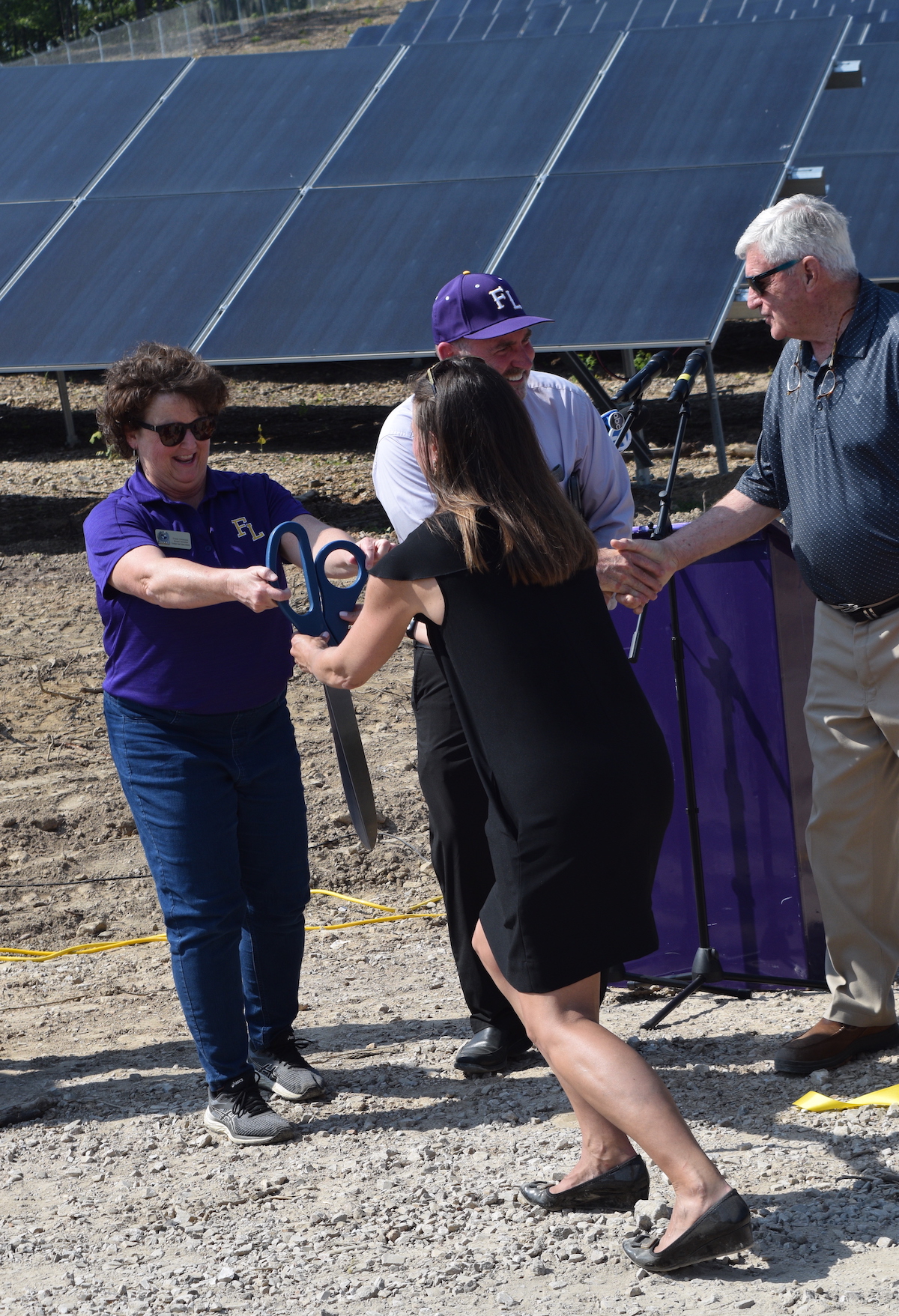