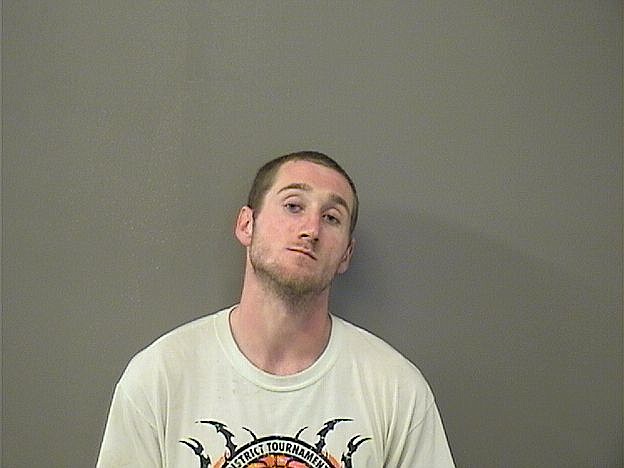 A bicyclist was arrested on felony drug charges late Monday after he was reportedly stopped for riding his bicycle without lights at night.

Michael Andrew Crawford, 23, who lists an Arbor Street address, was taken into custody shortly before 10:30 p.m. and charged with possession of a controlled substance, meth, and possession of drug paraphernalia, each punishable by up to six years in prison, and also had a misdemeanor warrant for failure to appear.

Crawford, a felon on parole, was being held on a zero bond and was set to appear Wednesday in Garland County District Court. According to court records, he was convicted in 2019 in Union County of felony counts of breaking or entering and criminal mischief and sentenced to five years' probation. He was convicted again in 2020 in Union County of commercial burglary and theft of scrap metal and sentenced to two years in prison, but later paroled.

According to the probable cause affidavit, around 10:15 p.m. Monday, Hot Springs police Officer Bryan Rosburg stopped a man riding a bike at the intersection of Hobson Avenue and Third Street after noting there were no lights in the front or back of his bicycle.

He made contact with the man, identified as Crawford, and a computer check showed he was an active parolee with a search waiver on file and that he had a warrant for his arrest.

While searching Crawford's immediate area, Rosburg reportedly located two baggies directly behind where Crawford was standing. The baggies were found to contain a total of 1.5 grams of what later tested positive for meth.

Prior to searching Crawford's person, he reportedly stated he had a pipe in his pocket and Rosburg retrieved a green glass pipe with burn marks on the end "commonly used to ingest meth."

In addition to the felony charges, Crawford was also cited for operating a bicycle without lights.