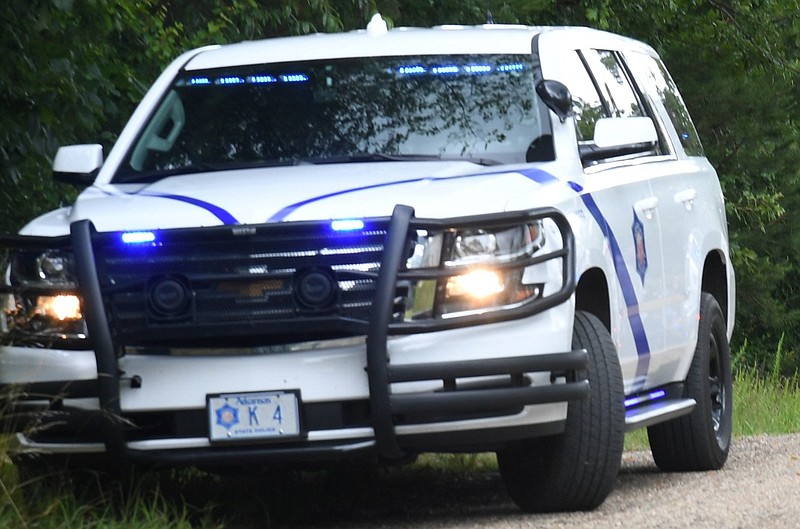 A file photo of an Arkansas State Police patrol unit. - File photo by The Sentinel-Record

A Malvern woman was killed and a Malvern man and juvenile and two Hot Springs teens were injured in a head-on collision late Wednesday on Highway 270 near Rockport in Hot Spring County, according to an Arkansas Department of Public Safety report.

Carla Stovall, 22, of Malvern, was a passenger in a 2007 Kia Forte driven by Blake Albery, 20, of Malvern, which was westbound on Highway 270 in the right lane shortly before 11 p.m. when a 2013 Honda driven by Lindsey Watkins, 18, of Hot Springs, which was eastbound in the left lane, reportedly crossed the centerline and collided head-on with the Kia.

Stovall was pronounced dead at the scene by the Hot Spring County coroner. Albery, a male juvenile passenger in his vehicle, Watkins and her passenger, Lauren Bigham, 18, also of Hot Springs, were all injured in the collision.

The report notes conditions were clear and dry at the time of the wreck which was investigated by Arkansas State Police.