Man arrested for alleged threats, including video calls with a gun 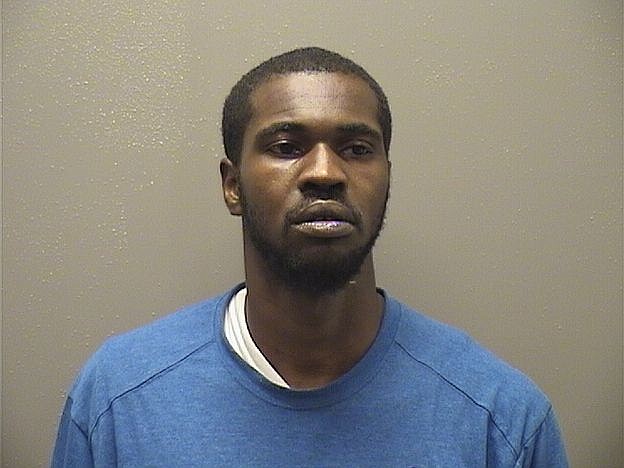 A local man was arrested on felony and misdemeanor warrants Tuesday stemming from allegations he repeatedly harassed and threatened his ex-girlfriend, including making threats while holding a gun on a video call.

Ledrea Keyon Grayson, 28, who lists a Wood Street address, was taken into custody shortly before 4 p.m. Tuesday on a felony charge of first-degree terroristic threatening, punishable by up to six years in prison, and a misdemeanor count of harassing communications, punishable by up to one year in jail.

Grayson, who lists no prior criminal history, was being held on a $3,500 bond and was set to appear Wednesday in Garland County District Court.

According to the probable cause affidavit, on Aug. 5, 2021, a woman reported that her ex-boyfriend, identified as Grayson, had attempted to speak with her via phone, internet calling applications and other forms of electronic communication multiple times.

She noted she and Grayson had ended a two-year dating relationship in 2020 and his initial attempts at communication were just about getting back together. When she told him no, then he began threatening her.

The next day, shortly before 8 a.m., Grayson allegedly messaged the victim that he was at her aunt's residence in North Little Rock, which was near where the victim lived. Among the multiple texts he sent was one stating, "(Expletive), I got U, I'm Kill U."

On Aug. 18, he allegedly messaged her, "If I can't have you, no one will." The victim noted Grayson has changed his cellphone number multiple times in order to call, text and video call the victim.

On Aug. 19, shortly before 11 a.m., Hot Springs police Detective Thomas Plummer was interviewing the victim at the police department and she was receiving "nonstop calls from Grayson" while there.

She had put her phone in airplane mode previously to block his calls, but as soon as she switched it off, she immediately received a call from a different cellphone number.

Upon answering the call, Plummer heard a male voice who identified himself as "Drea," which the victim noted is a nickname used by Grayson. He then told the victim he had her Social Security number and had used it to order a phone.

The victim noted Grayson possessed firearms and "she was afraid he would try and harm her or her family members." After further investigation, a warrant was issued for Grayson on Aug. 30.

According to the arrest report Tuesday, shortly before 4 p.m., Officer Joel Crook made a traffic stop on a red 2005 Jeep Liberty at Hobson Avenue and School Street after recognizing Grayson as a front seat passenger in the vehicle.

With the assistance of Sgts. Joey Williams and Eric Wilhite and Officer Shane Lewis, Grayson was ordered out of the vehicle at gunpoint and taken into custody without incident.

Print Headline: Man arrested for alleged threats, including video calls with a gun