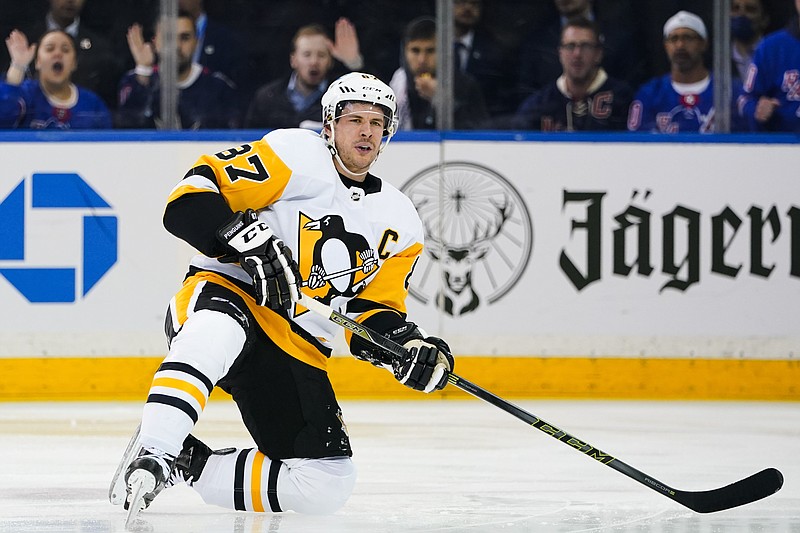 Pittsburgh Penguins' Sidney Crosby (87) reacts after getting knocked down during the first period of Game 5 in the Stanley Cup first-round playoff series against the New York Rangers Wednesday in New York. - Photo by Frank Franklin II of The Associated Press

PITTSBURGH -- Sidney Crosby made his way down the tunnel and out of sight. Any sense of security the Pittsburgh Penguins had in their first-round playoff series against the New York Rangers disappeared right along with their captain.

The superstar's status for tonight's Game 6 is uncertain after Crosby absorbed a high but -- in the eyes of the officials -- legal hit from Jacob Trouba late in the second period of Game 5 on Wednesday night. He didn't play the final 26 minutes and was nowhere near the bench as a two-goal lead turned into a 5-3 loss that sent the series back to Pittsburgh.

Penguins coach Mike Sullivan offered scant details on Thursday other than to say Crosby would continue to be evaluated. Sullivan declined to get into specifics about whether the three-time Stanley Cup champion was dealing with another concussion, saying only Crosby has an upper-body injury.

While Sullivan stressed his group has what it takes to win regardless of who is in the lineup, the reality is the Penguins are not the same when Crosby's familiar No. 87 isn't doing the little things -- and the big ones too -- that have made him a singular force for the better part of two decades.

It was evident in the immediate scramble after Crosby's departure. Pittsburgh allowed three goals in less than three minutes and struggled to generate any consistent pressure on New York goaltender Igor Shesterkin after the Rangers took the lead for good in the third period.

Crosby spent two years grappling with post-concussion issues a decade ago, cutting right into the middle of his prime. He's been largely healthy since 2013, though he did miss a second-round game against Washington in 2017 after taking a cross-check to the head from Capitals defenseman Matt Niskanen.

Pittsburgh pulled out a 3-2 victory with Crosby in street clothes before going on to win the series in seven games and a second straight Stanley Cup a month later. The Penguins also held their own early this season while Crosby recovered from wrist surgery.

"We've always had a mindset here that there's a next-man-up approach," Sullivan said.

There will be a first-line center for Pittsburgh on Friday night, likely Evgeni Malkin if Crosby is unavailable. Malkin, like Crosby, is one of the pillars the franchise is built around. Yet Crosby's play during the first four-plus games of the series showcased that even during the back half of his Hall of Fame career, he is a commanding presence in his 15th postseason.

Crosby had two goals and seven assists before getting injured. Earlier this week he became the sixth player in NHL history to reach 200 career points in the postseason. The scoresheet, however, doesn't provide a full picture of what Crosby brings.

"It's the little things that you have to watch, and that's what you appreciate," said former NHL forward Anson Carter, now an analyst for Turner Sports. "He's not going to bring you out of your seat like Connor McDavid with his speed or Nathan MacKinnon. He's not going to wow you with his slap shot like the cannon of a shot like (Alex Ovechkin) has. But the nuances of his game are exceptional. And when you watch him enough and you see the little things that he does, you're like, 'Wow that was a great play.'"

Crosby remains just as vital to Pittsburgh's success for things that have nothing to do with his on-ice presence. 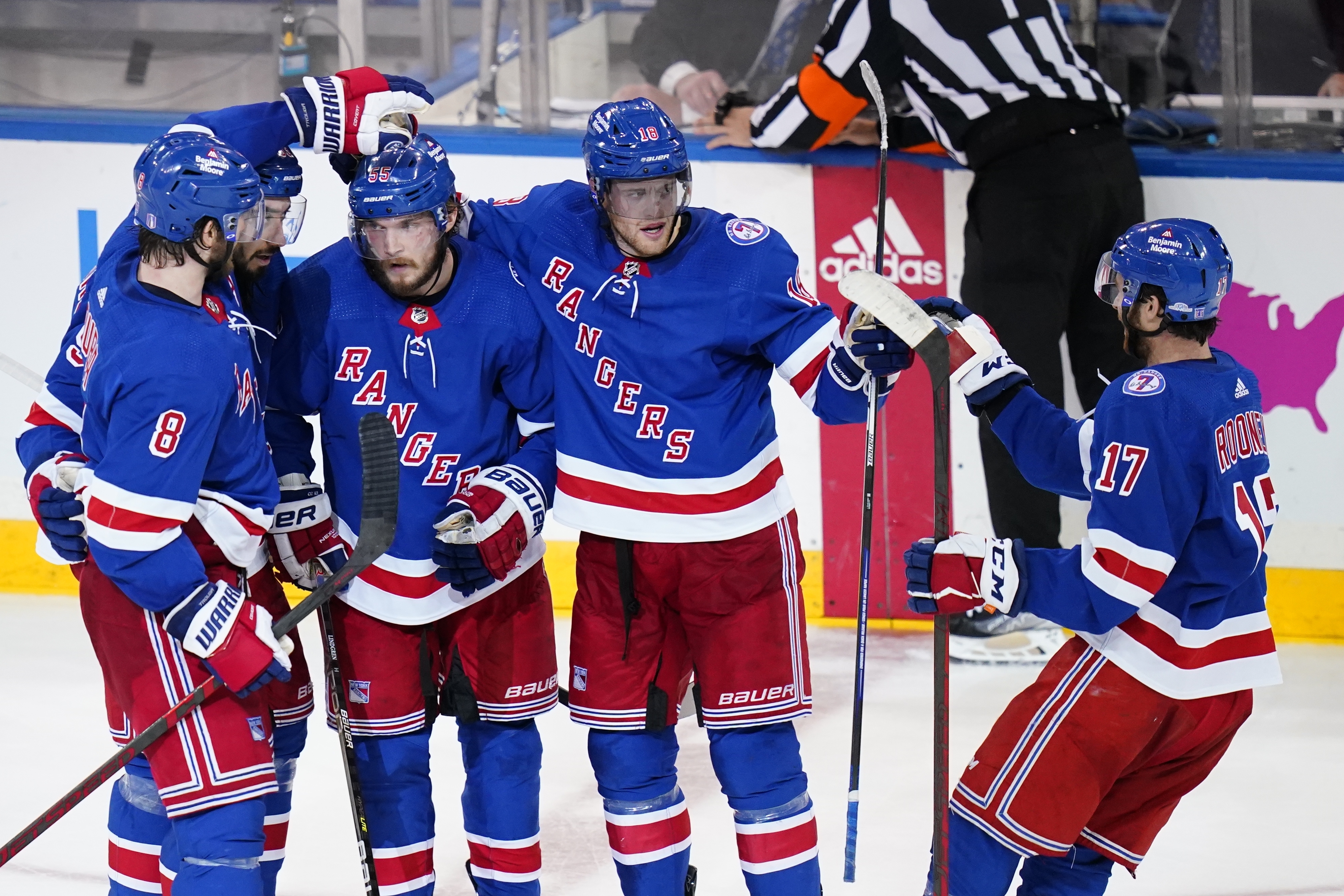 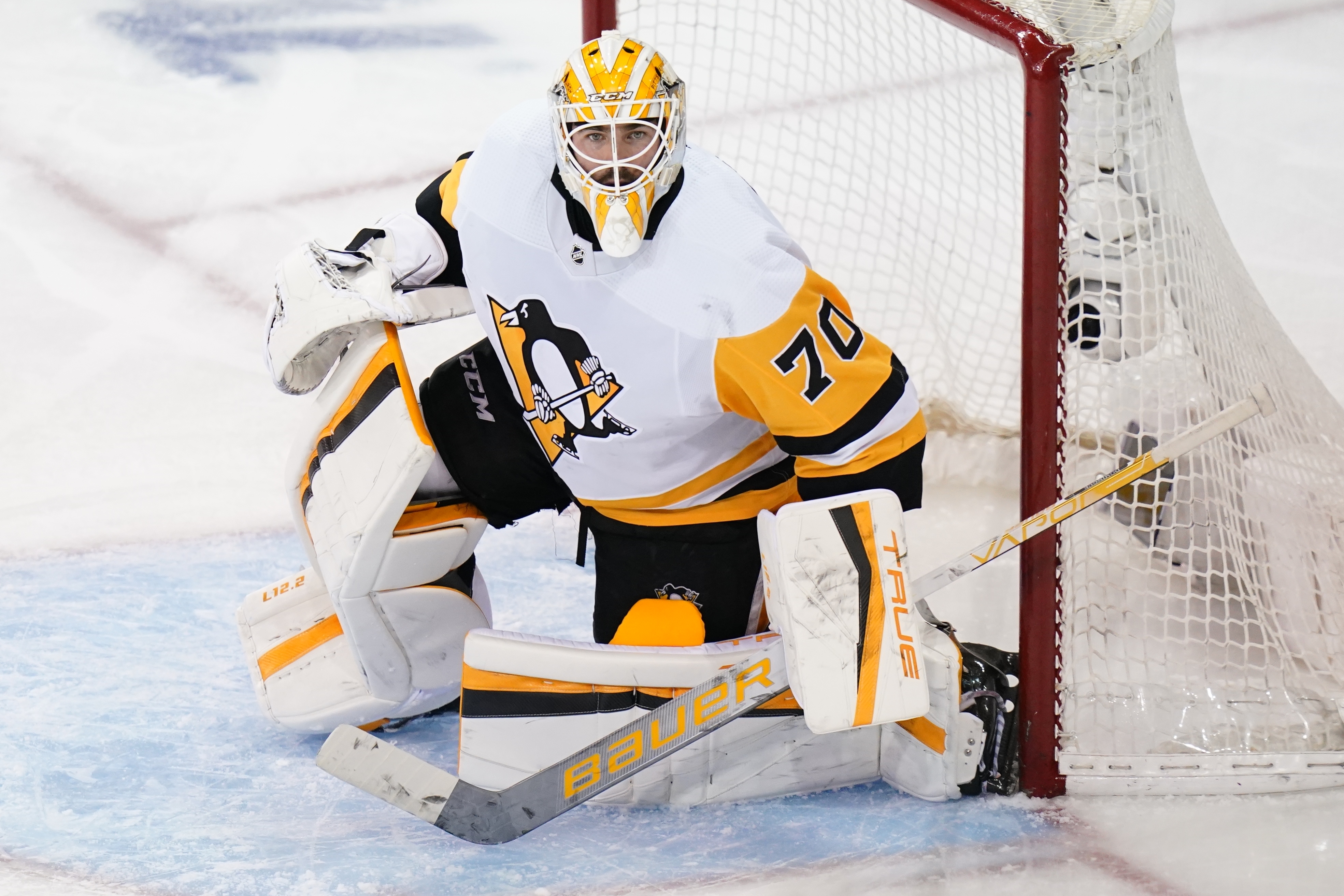 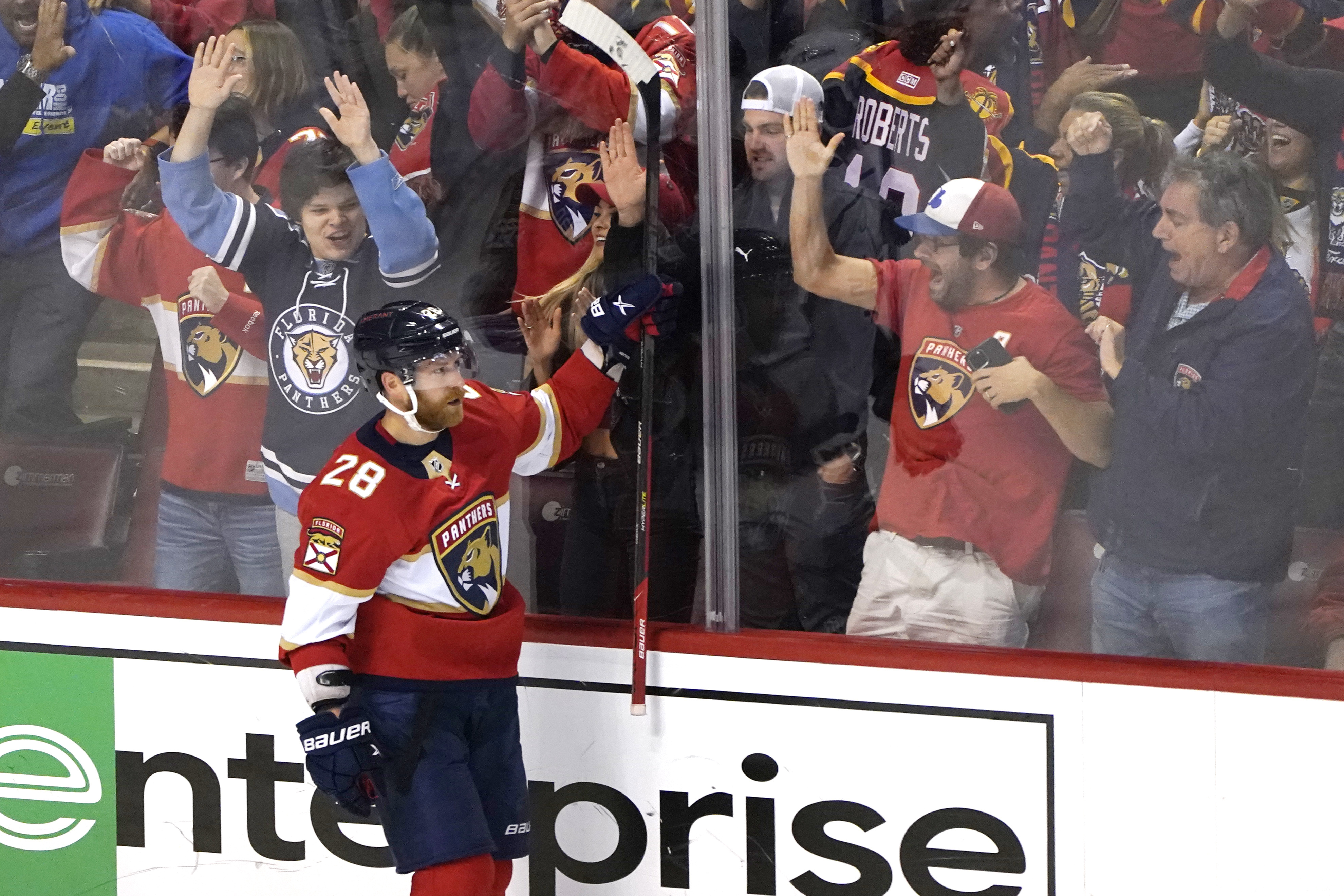 Florida Panthers right wing Claude Giroux (28) celebrates after scoring a goal during the third period of Game 5 of the first round of the NHL Stanley Cup hockey playoffs against the Washington Capitals, Wednesday, May 11, 2022, in Sunrise, Fla. The Panthers won 5-3. (AP Photo/Lynne Sladky) 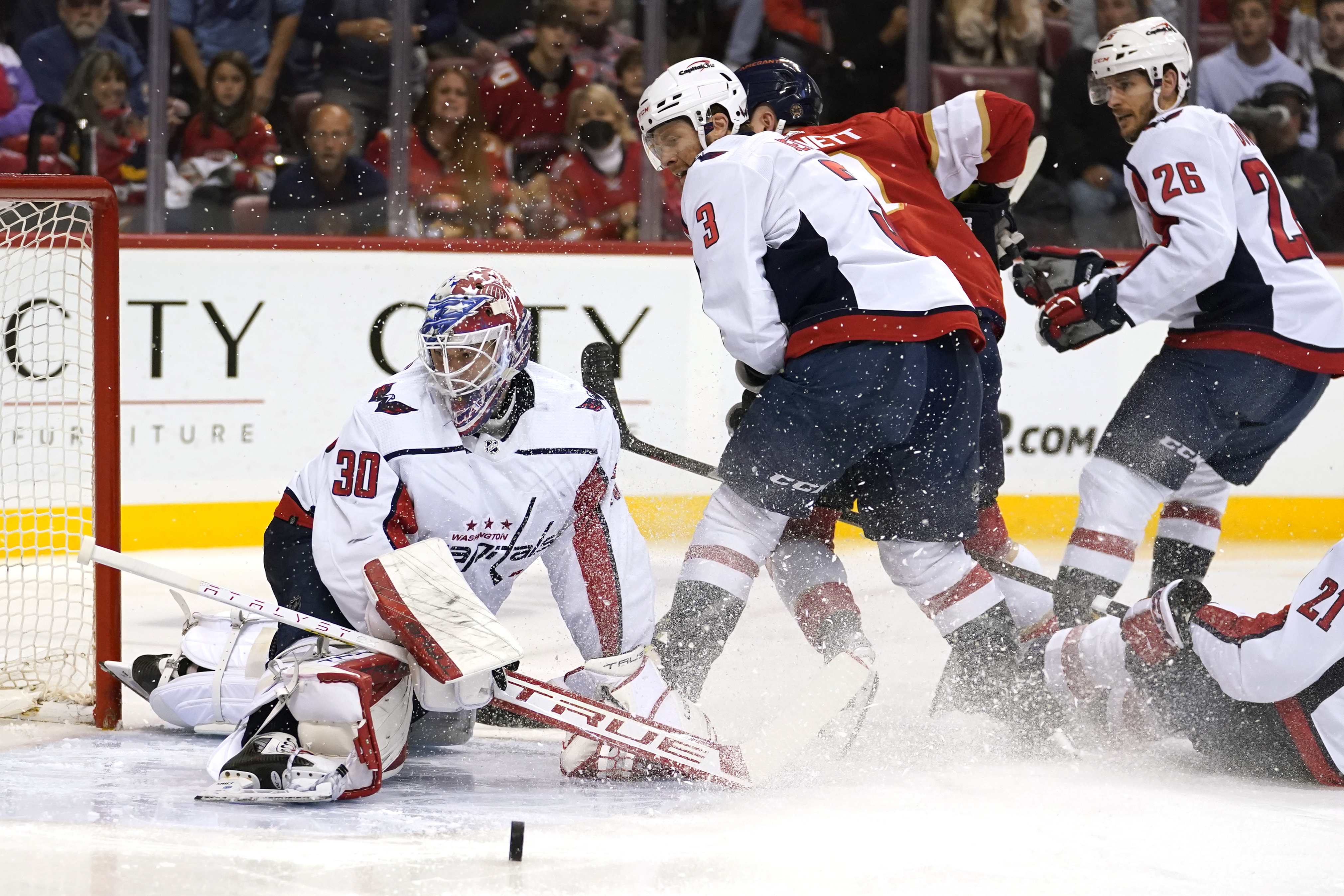 Washington Capitals goaltender Ilya Samsonov (30) defends the goal during the second period of Game 5 of the first round of the NHL Stanley Cup hockey playoffs against the Florida Panthers, Wednesday, May 11, 2022, in Sunrise, Fla. (AP Photo/Lynne Sladky) 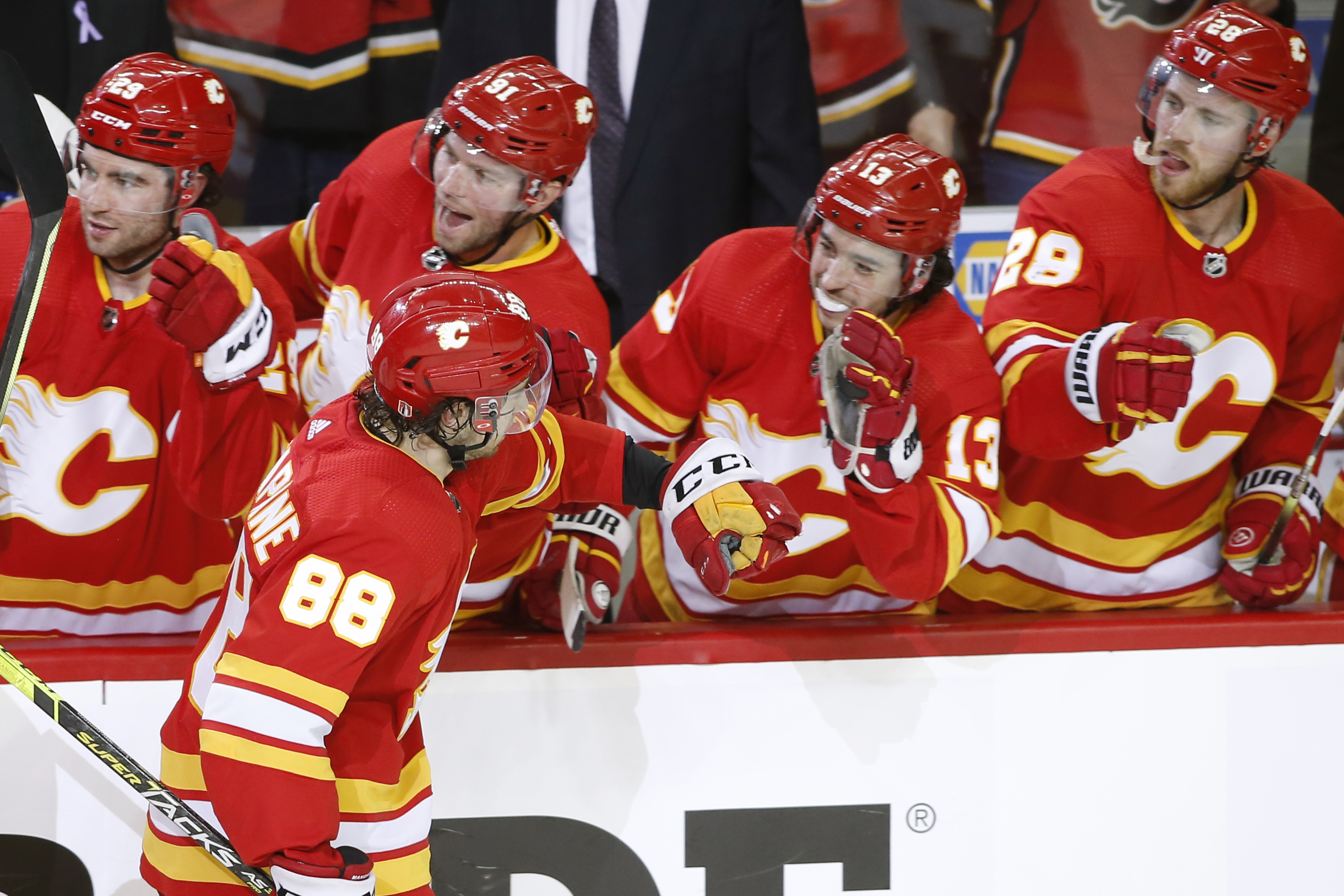 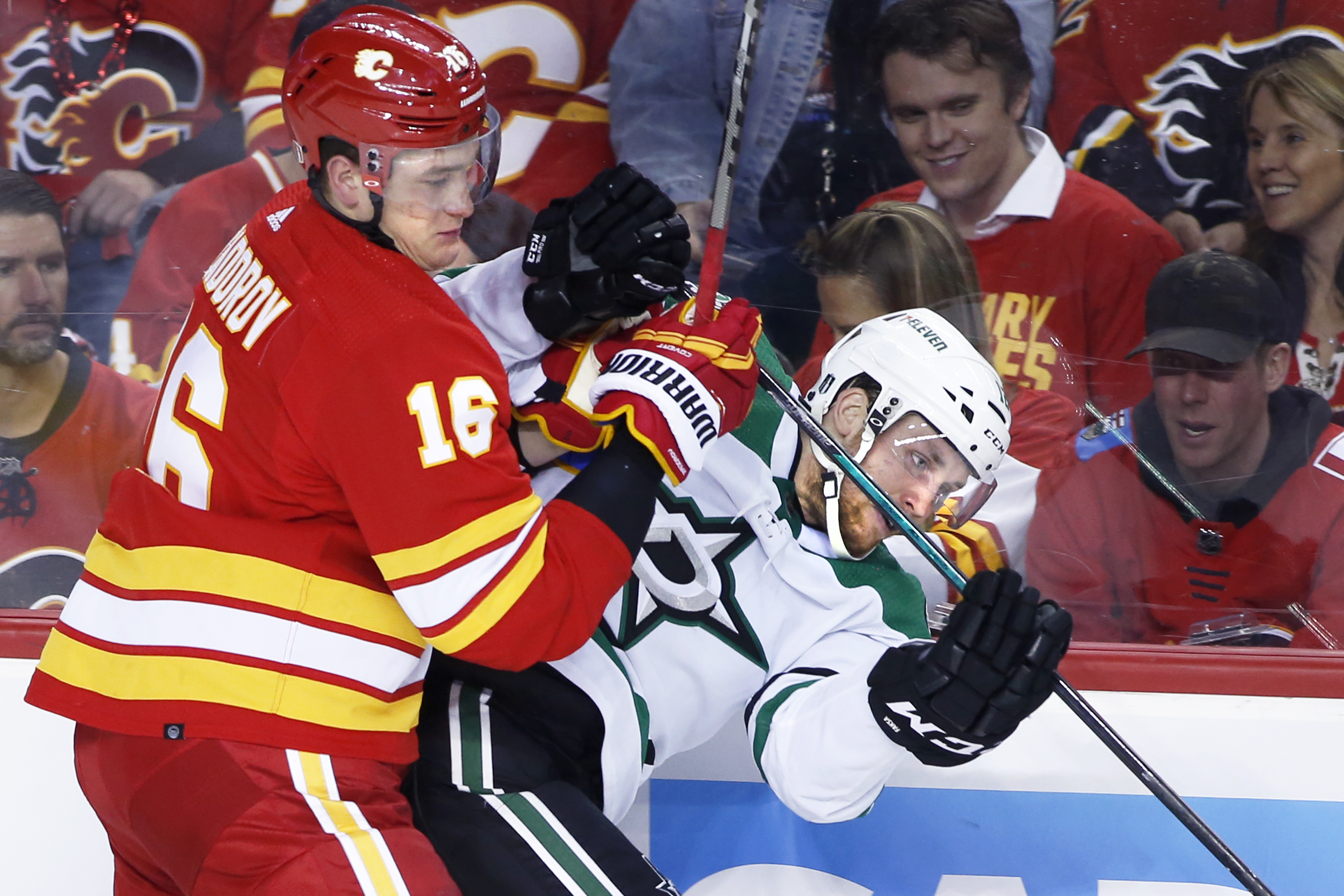