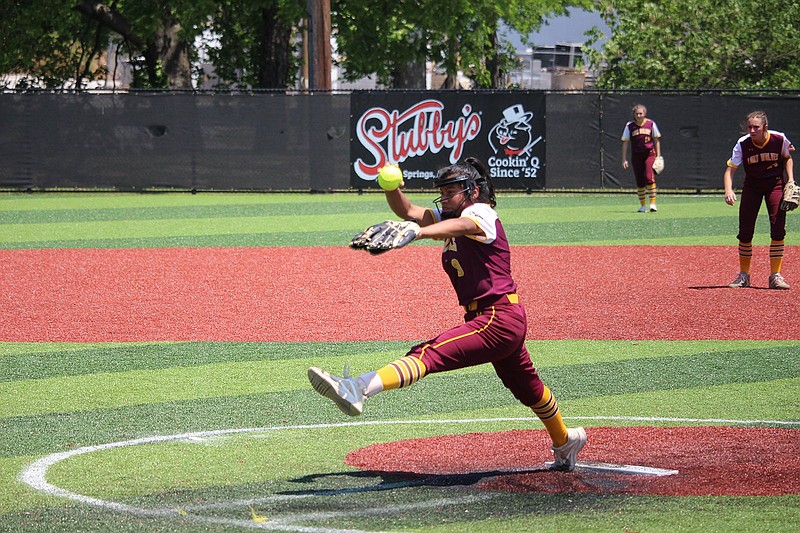 Lake Hamilton's Ann Marie Tice delivers to the plate against Marion Thursday during the Class 5A state tournament at Majestic Park. - Photo by Krishnan Collins of The Sentinel-Record

The Class 5A state baseball and softball tournaments started at Majestic Park Thursday, and despite the heat, fans from around the state packed into the new complex for an enjoyable day of competition.

Lake Hamilton's baseball and softball teams took the field at 12:30 p.m., and Wolves fans filled up the stands at both Babe Ruth Field and Hank Aaron Field. In a place with so much baseball history in the Spa City, it seemed fitting that local high schools drew big crowds to the complex.

"I love it," Majestic Park General Manager Derek Phillips said. "I'm glad these kids that are older that haven't played on a field this nice from Lakeside and Lake Hamilton and any other schools that are close by are getting to use these fields too."

Lakeside's softball team took on Greene County Tech in the 3 p.m. slot to mark three different Garland County teams who played on day one in the tournament. The Lady Rams fell 10-0 to the Lady Golden Eagles.

"I'm watching Lakeside warm up right now," Phillips said. "I'm so glad these girls are getting to use these fields. It's close for our local community to be able to come to the game here and not travel very far. Then everyone that's here will be able to get to use our local businesses. I think that's great for Hot Springs.

Phillips said he was very pleased with how the first day went, and with three high school games going on at one time in the complex, he described the parking situation as "good."

The different parking lots around the fields were definitely full, but with people going in and out, fans of all teams could find spots.

"The parking lots and our perimeter spaces are full, but I mean that's good," Phillips said. "It's not any worse than that. I'm really excited about it. People seem to love the field and park and coming to Hot Springs so it's really good."

Since opening, Majestic Park has lived up to the hype. In a place where the all-time greats like Jackie Robinson and Babe Ruth prepared for their professional seasons in spring training, the complex has hosted a variety of competitions and received good feedback.

"It feels really good," Phillips said. "I was the first employee hired just over two years ago. COVID hit and the park getting built took some time. It wasn't behind but it took some time to build."

With the help of Assistant General Manager John Muldoon and the support of Visit Hot Springs CEO Steve Arrison, Phillips planned to host big events like the Dugan Invitational, GAC championships and the Class 5A state tournaments along with many more events planned in the near future.

"It just makes me feel really good to have a tournament like this and people I do and don't know come up and say, 'Hey, great job. Hey, the park looks great. Hey, we love being here,'" Phillips said. "It makes us all really proud as a team to get that feedback that we're doing a good job."

Van Buren and Maumelle opened the baseball tournament at 10 a.m. Thursday, while four more out-of-town teams started the softball tournament. It took fans a while to trickle in, but by midday, the complex was rocking.

"We had some teams from quite a bit farther off and it was early in the morning," Phillips said. "Probably harder for people to get here during the day at that time. Now that it's getting a little later in the day and some of the local teams are here, the park is packed. That's been exciting to see."

The combination of the history surrounding the park and the high-profile competition on display has made for a big hit.

"The history of baseball here and baseball being gone from the local league kids for a few years, just the support and interest in having these games out here has been amazing," Phillips said. "All the people that are helping volunteer, all the sponsors, all the assistants with some of the things we're doing behind the scenes, it's made it manageable to do some of these big events with all of the help and support we've got."

Majestic Park hosted the Great American Conference baseball championships last weekend, and the park had to get ready for a big media presence as the GAC broadcast the games on YouTube TV.

Both the GAC championships and Class 5A state tournaments brought the feeling of a big occasion to Majestic Park.

"We were just one field and playing college games which can last up to close to four hours," Phillips said. "The high school games are a couple hours which is good for us and different. It's just a big-time feel for an event."

After hosting successful events at Majestic Park since its opening, Phillips said it shows that the complex should be able to host many more big events moving forward.

"It's just really great having these big-time events here in Hot Springs," Phillips said. "There's so much to do in Hot Springs. When you come to an event like the GAC or high school state championship ... Hot Springs has so much to do with such a variety of great restaurants and other activities while you're here.

"We really haven't had any negative feedback about the park or anything to do with the tournaments." 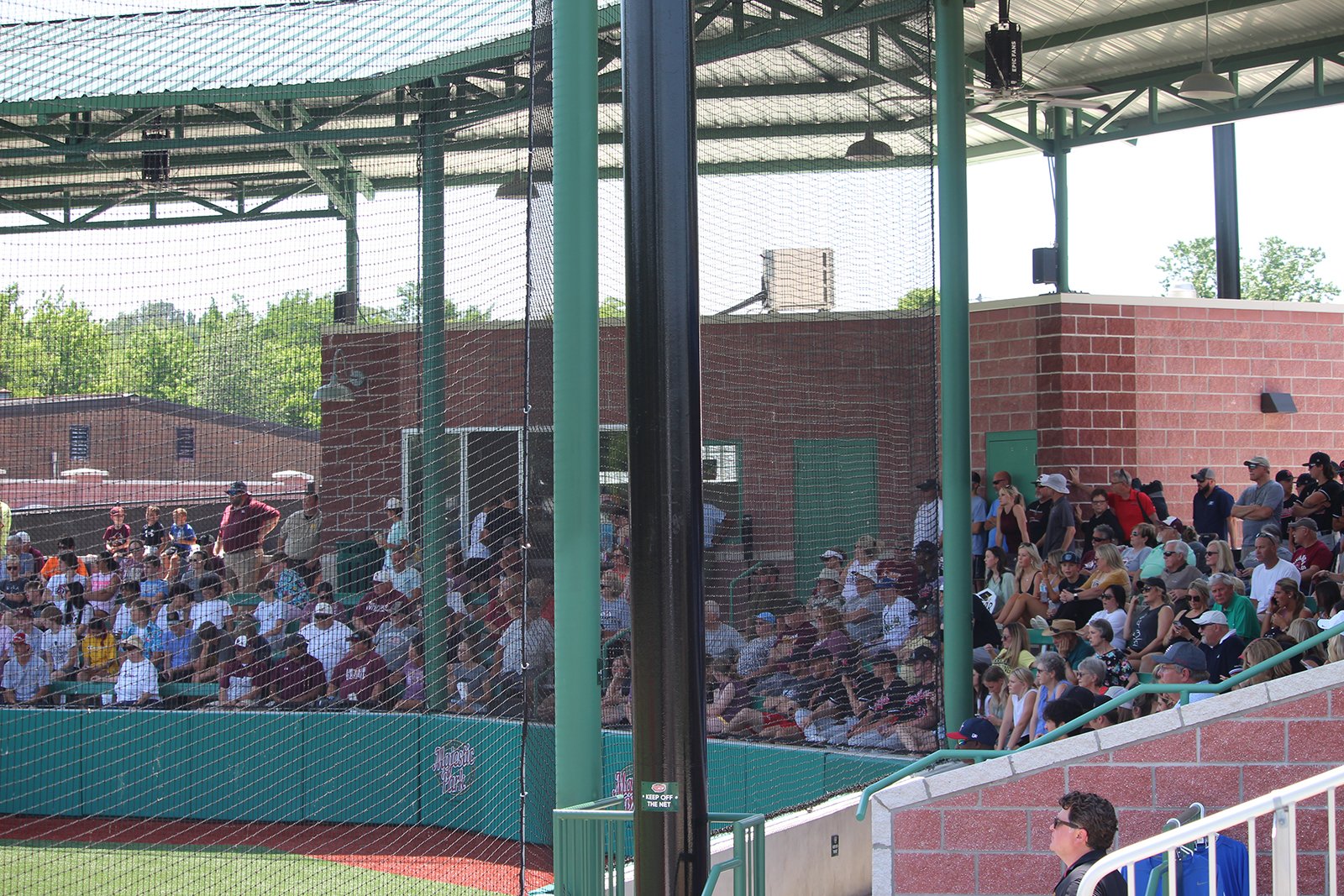 Lake Hamilton and Jonesboro fans watch their two teams face off in the Class 5A state tournament at Majestic Park Thursday. - Photo by Krishnan Collins of The Sentinel-Record