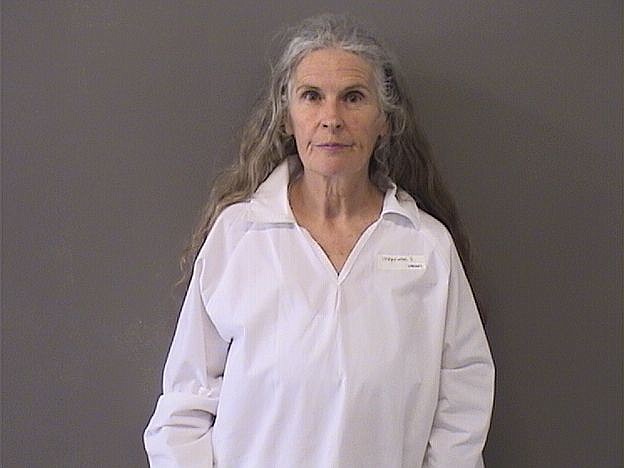 A mistrial was declared Wednesday in last month's murder conviction of a local woman who shot and killed her husband in 2019 following a hearing on reported juror misconduct during jury deliberations.

Elizabeth Hageness, 60, was convicted of second-degree murder on April 14 in the shooting death of Brian Paul Hageness, 61, on June 19, 2019, and sentenced to 20 years in prison after a four-day trial in Garland County Circuit Court.

An allegation of juror misconduct was made on April 18 by one of the jurors involving another juror, identified as Katrina Robertson, who reportedly did her own online research on the case which she shared with other jurors. She also failed to disclose to attorneys she had a personal connection to the trial judge, Ralph Ohm, serving as his investment adviser at a local wealth management company.

Hageness' attorney, Jonathan Huber, of Arkadelphia, filed a motion for a new trial based on the juror's allegations. Following a more than two-hour hearing Wednesday, Judge Marcia Hearnsberger, who heard the case after Ohm recused, issued a ruling declaring a mistrial and ordered a new trial for Hageness. The case is now tentatively set for a pretrial hearing on June 9.

"The effective administration of justice in this case was usurped and that makes me sick to my stomach," Hearnsberger said in issuing her ruling. Hearnsberger also served a court order against Robertson for her to show cause why she shouldn't be held in contempt of court, with a hearing set for June 27.

"I am disappointed, but I respect the judge's ruling," Garland County Prosecutor Michelle Lawrence told The Sentinel-Record. "Based on the evidence I heard at the hearing, I concur with her opinion. Mrs. Hageness is entitled to a fair trial."

Lawrence indicated at the hearing Wednesday the state would once again be seeking a charge of first-degree murder, the original charge filed against Hageness. The jury had opted to find her guilty of the lesser offense of second-degree murder.

When questioned at the hearing, Robertson admitted to doing research online on any prior criminal history of Elizabeth or Brian Hageness and not finding anything on either of them, but couldn't recall if she shared that with the other jurors.

She acknowledged she didn't disclose her relationship with Ohm, but noted when jurors were questioned prior to the trial about any connections to the participants in the trial, she didn't think that included the judge. She said they were asked about the attorneys and witnesses in the case and "didn't see any reason" to mention her connection to Ohm.

She noted she did mention she hoped to get with Ohm for lunch after it was over so he "could give more insight into the trial system that we as jurors didn't understand." She also admitted to friending Huber on Facebook after the trial and sending him a message that "she would love to have coffee and discuss the case," but noted he responded he could not discuss the case with her.

When asked by Hearnsberger if she knew she was violating the rules by researching outside information, Robertson responded "yes." At one point, she commented about the trial being "very emotional" and "a trying ordeal," and indicated she had prepared a statement to read, but Hearnsberger declined to hear it.

Ten of the other jurors were questioned Wednesday by Huber and Chief Deputy Prosecutor Kara Petro. Five said they didn't recall any outside information being introduced by anyone, while the other five testified about Robertson sharing information, but differed on how much they remembered of her statements.

The jury foreman said Robertson commented, "I hope I'm not the only one who did this," before proceeding to share some of the information she had found online. He said she "spoke for a little while" and noted, "I'm sure there was something relevant, but I don't remember what it was." He said he assumed she Googled the information.

He said his mind "was already made up" by that point and she didn't say anything that affected his opinion or "had any bearing on my vote."

Another male juror recalled Robertson saying, "Did anyone else break the rules and search on the internet?" and then sharing that she had found no criminal record for either the defendant or the victim. He admitted he felt he probably should have told the court what happened, but didn't report it.

The juror who did report the misconduct testified she felt Robertson's comments and behavior were "highly inappropriate." She also noted Robertson said, "I can't be the only one who broke the rules.'"

In arguing his motion for a new trial, Huber said the juror misconduct was "without a doubt a serious and grave issue not to be taken lightly" and that her comments about the victim having no criminal history could have prejudiced the jury against his client since she was claiming self-defense stemming from an abusive relationship with the victim.

"The lack of any charges against him could make them believe she was making it all up," he said. "The lack of evidence went to the heart of her credibility. The only testimony (of abuse) came from the defendant and there was no testimony of specific bad acts allowed."

Huber noted if Robertson had found evidence of prior arrests and told the jury, the prosecution would be arguing it was improper and prejudiced the jury against the victim. "The lack of evidence had the opposite effect," he said.

"Anyone who did what she said would have a record so the lack of one undercut her credibility."

Deputy Prosecutor Caitlin Birrell argued there was evidence presented at trial by Elizabeth Hageness and her son about the abusive relationship and that testimony and the victim's lack of a criminal record were not mutually exclusive.

"There's no reason that both couldn't be true," she said, noting the jury's decision to find her guilty of the lesser offense of second-degree murder likely indicated they did believe her testimony to some degree.

Huber also argued that the undisclosed relationship with Ohm was grounds for a mistrial on its own. He noted Robertson, as Ohm's financial adviser, might have felt pressure to vote the way she thought Ohm wanted since "her financial interests were at stake" and had they been informed it might have been cause to strike her.

Petro argued the judge's role at trial is "essentially a referee" and not a party in the case so Robertson "would have no interest in trying to please the judge."

Birrell argued the burden of proof is on the defense to show there was actual prejudice against his client, not just the possibility of prejudice. She said Hageness was entitled "to a fair trial, not necessarily a perfect trial."

"I just hate it for the taxpayers," Lawrence told the newspaper Thursday, noting county and state funds were used to put on the trial and were wasted. "That's the reason the rules are the rules," she said.

"This juror completely disregarded what the judge told her to do and set the rules aside," she said. "As disappointed as I am, I understand the ruling and respect it."

Lawrence said her biggest disappointment is for the family of the victim "who haven't received justice. The case got delayed multiple times because of COVID and other reasons and then they finally have a hearing and now we're back to square one. I hate that for them."

At the end of Wednesday's hearing, Huber asked about Hageness being released on her original bond, but Hearnsberger said the circumstances had changed since she had been convicted the first time and "now knows that is a possibility."

She said there was a greater chance she might decide to flee and that Huber would need to file a motion for a bond hearing and allow the state to respond and Huber indicated he would.