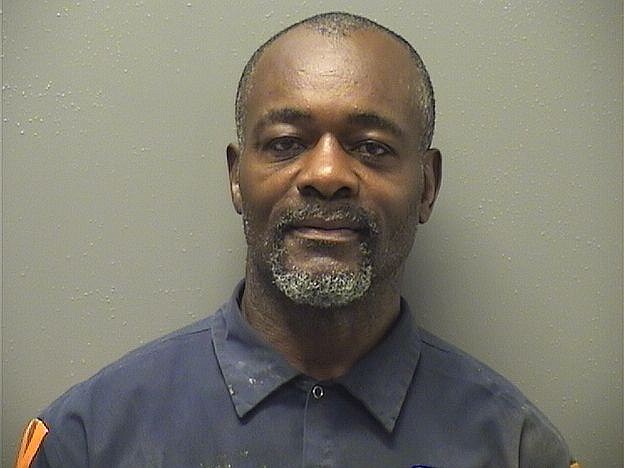 A second suspect was arrested Thursday morning on felony warrants in connection with a home invasion and shooting in February on Lakeland Drive.

Anthony Dewitt Carter, 57, who lists a Kassman Road address, was taken into custody around 8:30 a.m. at Seventh and Oaklawn streets on warrants for aggravated residential burglary, punishable by up to life in prison, and first-degree battery, punishable by up to 20 years, in connection with the Feb. 14 shooting.

Carter, who is also a convicted sex offender, was also charged with a felony count of failure to comply with sex offender registration and reporting requirements, punishable by up to 10 years in prison, after it was determined he was staying at a residence other than his listed address.

Carter was being held on a zero bond and was set to appear Friday in Garland County District Court. He previously plead guilty to failure to register or report as a sex offender on Dec. 17, 2019, and was fined $5,000 with no jail time. Carter was convicted on July 9, 2003, of attempted sexual assault and has been required to register as a sex offender since then.

Tyrong Ron Godbold, 50, of Hot Springs, a felon on probation, was previously arrested on March 10 in connection with the shooting and also charged with aggravated residential burglary and first-degree battery in addition to a charge of possession of a firearm by certain persons, punishable by up to 20 years.

Godbold pleaded not guilty to the charges on May 2 and is set for a hearing on July 7 on the admissibility of any statements he made to Hot Springs police after his arrest. According to court records, he was convicted on Nov. 16, 2015, of a felony count of possession of a controlled substance, cocaine, and sentenced to six years in prison, and is currently on federal probation. He remained in custody Friday in lieu of a $500,000 bond.

According to the probable cause affidavit, on Feb. 14, shortly after 3 a.m., police responded to a residence in the 300 block of Lakeland Drive regarding a shooting that had just occurred. Officers located a man on the floor of the residence in "a pool of blood" suffering from multiple gunshot wounds.

He told officers someone had knocked on the door and then shot him. A woman at the residence said she heard a loud knocking on the front door that woke her up and then heard the door open and a male voice shouting, "Give it up! Give it up!" followed by sounds of an altercation and multiple gunshots. She described the shooter as "a taller Black male."

The victim said he also heard Godbold had shot himself during the incident and was treated at a hospital in Little Rock.

On Feb. 24, Fallis received surveillance footage from a business on Lakeland that reportedly showed a white work truck with a "box type utility bed" and lights in the mirrors drive toward the victim's residence just before the shooting and then drive away just after the shooting.

On March 3, Fallis spoke to a Little Rock police detective who said he had a report of a Black male being treated for three gunshot wounds at St. Vincent Hospital in Little Rock around 4 a.m. on Feb. 14. The man, who apparently gave a fake name, was dropped off by a white work truck that had left before officers arrived.

The detective sent Fallis photos of the man and he was able to confirm it was Godbold. He also sent a photo of a business card from a local tire store that Godbold had told them was who had dropped him off at the hospital.

On March 4, Fallis went to the tire business and located a white work truck that matched the one seen in the video. He learned the truck was assigned to and driven by only Anthony Carter, even after hours. He was also told Carter drives the truck to his residence after work each night in case he gets called into work.

Fallis spoke to management and was able to access the truck's GPS which showed the truck had driven to the area of Lakeland at the time of the shooting, parked for a few minutes, and then drove to St. Vincent in Little Rock.

A search of the truck was conducted and an agent known as Blue Star was used which reacted to multiple areas on the passenger side interior of the truck which indicated the presence of blood.

Carter was interviewed about the shooting and denied any involvement, but reportedly admitted he was the only person who drives that truck and that he had not let anyone use it. Warrants for Carter's arrest were later issued.

On Thursday, detectives obtained information Carter was staying at a residence in the 700 block of Seventh Street and saw a 2005 Hyundai GX-350, which is registered to Carter, parked in the driveway. Units set up a perimeter around 8:30 a.m. and Carter was taken into custody as he left the residence to go to work.

While being processed, Carter still listed his address as Kassman Road, but reportedly admitted he had been "house sitting" at the 7th Street residence for the last two weeks.

Carter is a Level 3 sex offender, categorized as having a history of repeat sexual offending, with the registered address on Kassman. Detectives checked with Garland County Deputy Courtney Kizer, who monitors the sex offenders in the county, and asked if she had been informed about Carter staying on 7th Street and she had not.

Carter is not allowed to reside within 2,000 feet of any school, day care or park and the residence on 7th Street is reportedly "within the radius" of a school and a day care. Plus he is required to notify of any change in his address within five days which he failed to do.