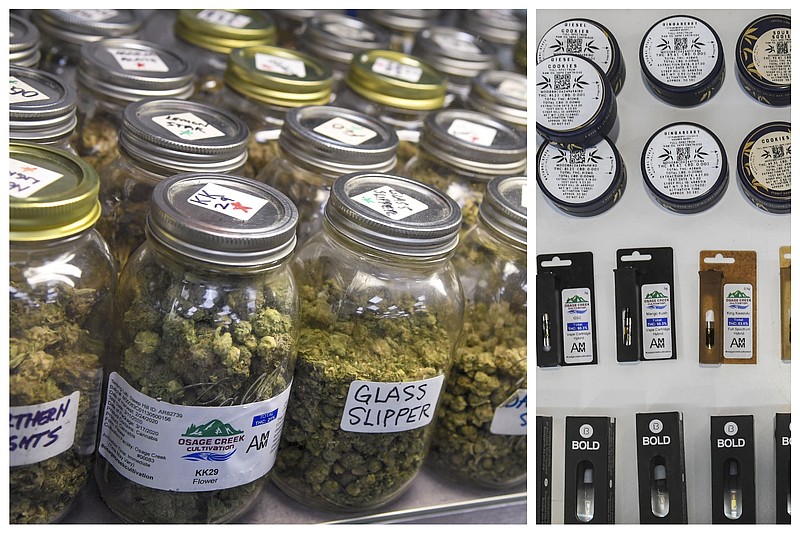 Garland County's two medical marijuana dispensaries' sales through the first four months of the year ranked in the top five, making Garland the only county with two top-five dispensaries.

The 876.83 pounds Green Springs Medical reported during the first four months ranked fifth, as did the 222.84 pounds the Seneca Street location reported in April sales.

Sales are reported in pounds, as the Tax Procedure Act prohibits the state from releasing revenue figures from individual dispensaries. In aggregate, they reported $89.9 million in sales on 15,678 pounds during the first four months of the year.

"On average, patients in Arkansas are spending $22.45 million each month across the state's 38 dispensaries to purchase approximately 3,919 pounds," the Department of Finance and Administration said. "State tax collection on medical marijuana also increased in April with $2.98 million in total."

The Medical Marijuana Commission renewed the two Garland County dispensaries' permits with no discussion or debate at its May 5 meeting. The commission has licensed 38 dispensaries, all of which are in operation after Good Day Farm's March 7 opening in Van Buren. Per the constitutional amendment authorizing marijuana for medicinal use voters approved in 2016, the commission can award up to 40 dispensary licenses.

The Arkansas Department of Health reported 82,151 active patient cards as of May 7, a slight decrease from the number reported a month earlier.