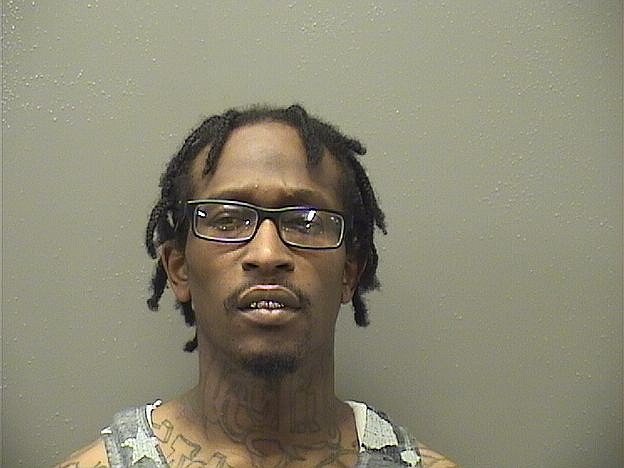 A local felon on parole was arrested Thursday night allegedly in possession of a stolen gun after a routine traffic stop.

Juwan Diego Mitchell, 31, who lists an Illinois street address, was taken into custody shortly after 7 p.m. and charged with felony counts of possession of a firearm by certain persons and theft by receiving, each punishable by up to six years in prison, and was cited for driving on a revoked license and having no liability insurance.

On March 2, he pleaded guilty to leaving the scene of an accident involving personal injury or death and was sentenced to six years in prison, with all of it suspended. The charge stemmed from an incident on April 9, 2020, when he was backing out of his yard and accidentally ran over and killed his 18-month-old daughter. He later drove to the hospital where the child was taken, but left without speaking to Hot Springs police who were in the parking lot. He turned himself in the next day.

According to the probable cause affidavit on Thursday's arrest, HSPD Cpl. Richard Nunez saw a silver 2005 Chevrolet Malibu and a computer check revealed the vehicle was uninsured so he stopped it at Malvern Avenue and Silver Street.

He made contact with the driver, identified as Mitchell, and determined he was a parolee with a search waiver on file and that his driver's license had been revoked. He asked Mitchell to step out and he complied.

In searching the vehicle, Nunez allegedly found a loaded 9-mm pistol between the front driver's seat and the center console. A check of the gun revealed it had been reported stolen through the HSPD so Mitchell was taken into custody.

On the way to the detention center, Mitchell reportedly stated he "only had the gun to protect his family."