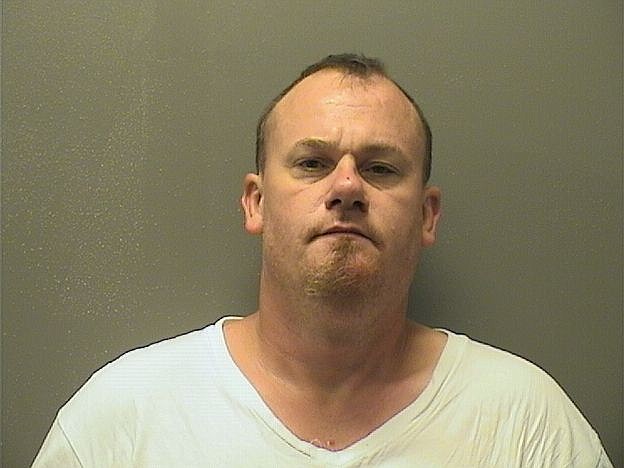 A felon on probation who was arrested following a drug raid on his house in December was sentenced to five years in prison after pleading guilty to multiple charges Tuesday in Garland County Circuit Court.

Chad Marcus Johnson, 41, who has remained in custody since his arrest on Dec. 10, 2021, pleaded guilty to delivery of meth, possession of a controlled substance, meth, with purpose to deliver and possession of drug paraphernalia and was sentenced to 15 years in prison, with 10 years suspended, on each count, to run concurrently for a total of five years.

Johnson was previously convicted in 2018 in Garland County of possession of a controlled substance, meth, and possession of drug paraphernalia and sentenced to three years' supervised probation.

According to the probable cause affidavit, on Dec. 10, around 6 a.m., detectives with the Hot Springs Police Department's Special Investigations Unit executed a narcotics search warrant at Johnson's residence on El Monte Trail, located off Spring Street, using the department's SWAT team to make entry and secure the residence.

Johnson was located inside and taken into custody without incident. In searching the residence, officers found plastic baggies with a total of 24.4 grams of what later tested positive for meth, three homemade smoking devices with residue, a shortened straw with residue, digital scales and a razor blade with residue.

They also found an opioid overdose rescue kit, a notebook ledger containing "possible records of illegal activity" and a DVR system connected to surveillance cameras of the property.

A check of property records showed the residence was not owned by Johnson. It was also noted the property is located "within view" and within 1,000 feet of the Unitarian Universalist Church of Hot Springs, located at 100 Norwalk St.

According to the affidavit on the delivery charges, on July 14, 2021, HSPD detectives purchased 3.8 grams of meth from Johnson using a confidential informant and money provided by the police. The informant met with Johnson at his residence on El Monte Trail and was followed there by detectives who monitored the exchange using electronic surveillance equipment.

The meth was later turned over to detectives who field-tested it to confirm it was positive for meth. A warrant for Johnson's arrest was issued on Sept. 14 and was served on him at the time of his arrest on Dec. 10. Johnson pleaded not guilty to the charges on Feb. 15 in circuit court and the case was later set for a disposition hearing.