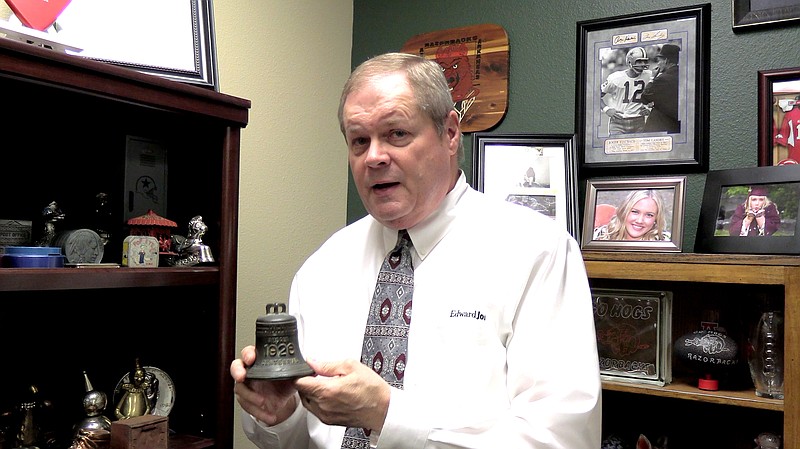 Few collections are as appropriate as the one compiled by Allen Bass.

A financial adviser with Edward Jones, Bass displays his widely varying collection of banks -- everything from a piggy bank to a hefty, dog-sized elephant bank -- in his office.

"They have, if you will, a money theme," he said. "And of course, I'm in the financial services industry, so because of that they even have a little bit more meaning to me. And they're great conversation pieces."

Bass says he has been collecting banks for around 15 to 20 years.

"Most banks that I have purchased have been at flea markets, yard sales, trade days -- things like that where people have just literally put things that they want to get rid of," he said. "I've paid as little as 25 cents for a bank. The most I've ever spent on one is about 60 bucks and my most valuable bank is worth somewhere around $200 -- I didn't pay that much for it."

Bass spent much of his youth abroad, as his father was in the Army for over 23 years and was stationed a number of times in different countries, including Germany and Japan. It was during this expatriate experience that the bank collecting in the family began.

"My mom always tended to pick up a bank of some sort when we were living abroad. And ... they just kind of became a thing that my mother ... had a liking for and so that kind of grew on us I guess," he said.

Bass described a bank from his family's time in Germany that his mother purchased, a Goebel -- a highly collectible brand. Bass calls it "Friar Tuck," as it resembles a medieval monk. The original price tag is still on the bank -- $11.25, which, adjusted for inflation, would be roughly $81 today.

Much of his bank collection has sentimental value -- one such bank that stands out from the rest is a red LEGO piggy bank.

"Some of my grandkids gave me this a couple of Christmases back. My two grandsons sat down and put that bank together in about 1o to 12 minutes. I thought that was pretty cool," Bass said.

His most treasured bank is a clown bank his mother would let him and his younger brother play with as children.

"She had it full of foreign coins, and we would pour all of those coins out and we would go through them and we would talk about them, we would trade them," he said. "I still have that bank. Actually, I didn't know my mother had that bank until she passed away. She'd put it away ... I'm glad to have that bank, it's probably my most special bank."

Bass described how he acquired some of his favorite banks, including a distinctive cast iron hare.

"We had gone to visit some family in Waco, Texas, and we went to ... something like a flea market ... during our visit there, I was standing (near) a lady who took a fall. I immediately went over to see if I could help her. In doing so, the owner of the business came and a few other folks came. Thank goodness she was OK; we thought we were going to call an ambulance but we didn't," Bass said.

Bass demonstrated with a shake of the hare bank that it still had at least one coin inside it since before he acquired it.

"I'm not currently actively looking, but I will say this -- if I came upon something that I found intriguing or unique, I would definitely get it," he said. 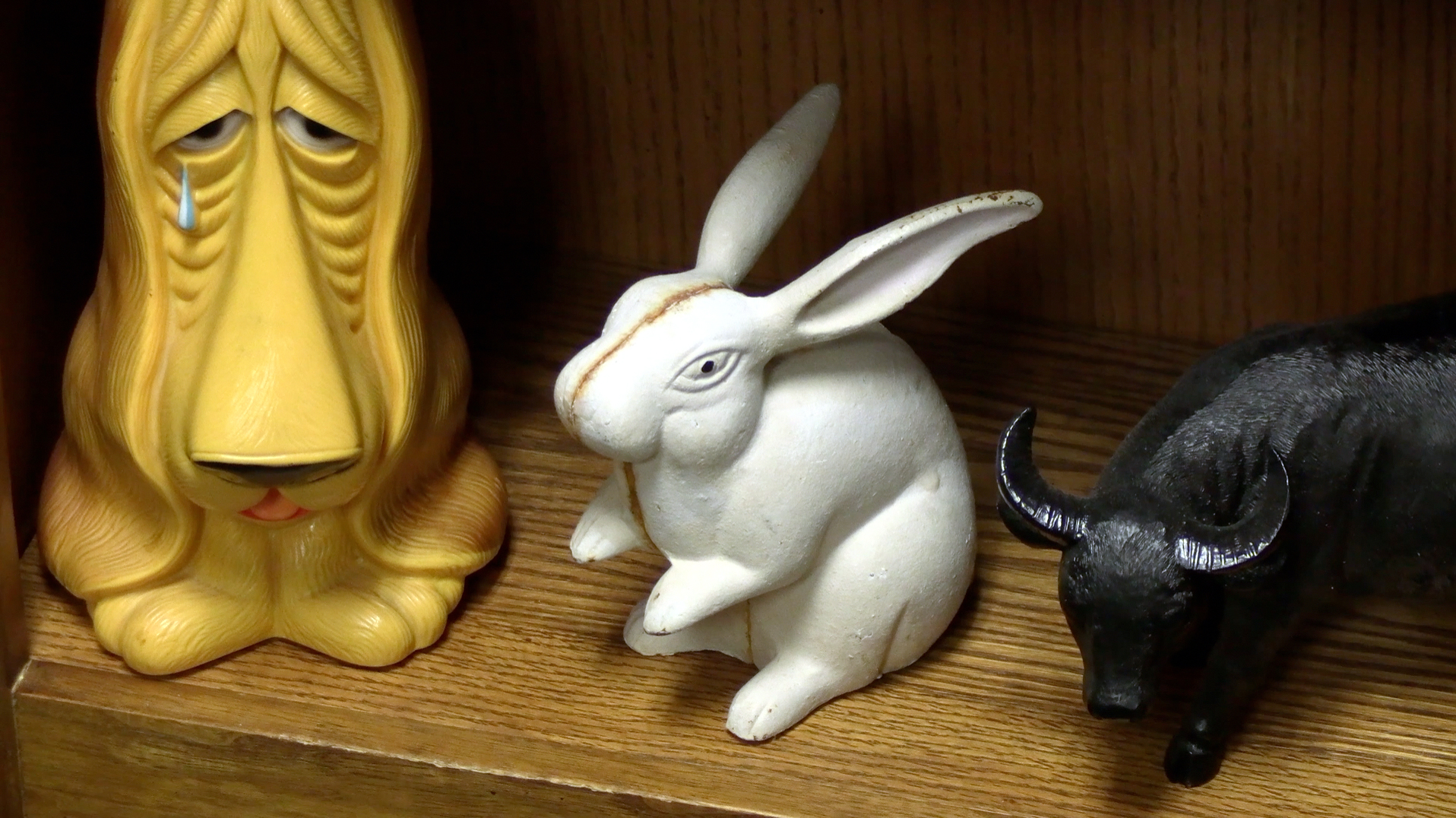 A cast iron hare bank that Bass bought for $5. - Photo by Andrew Mobley of The Sentinel-Record. 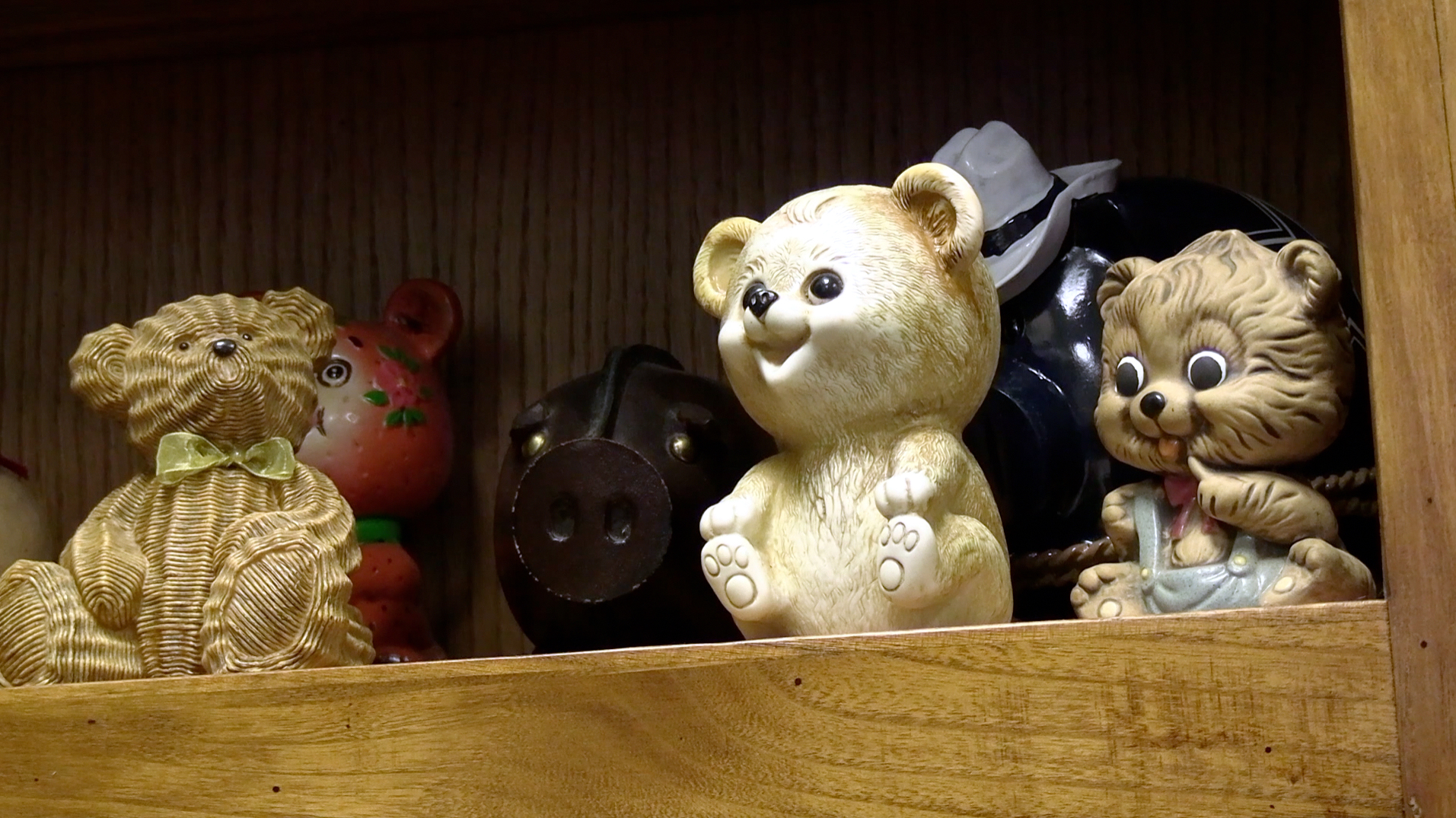 An assortment of bear and piggy banks. - Photo by Andrew Mobley of The Sentinel-Record.