Jerry Lee did it his way, whether right or wrong 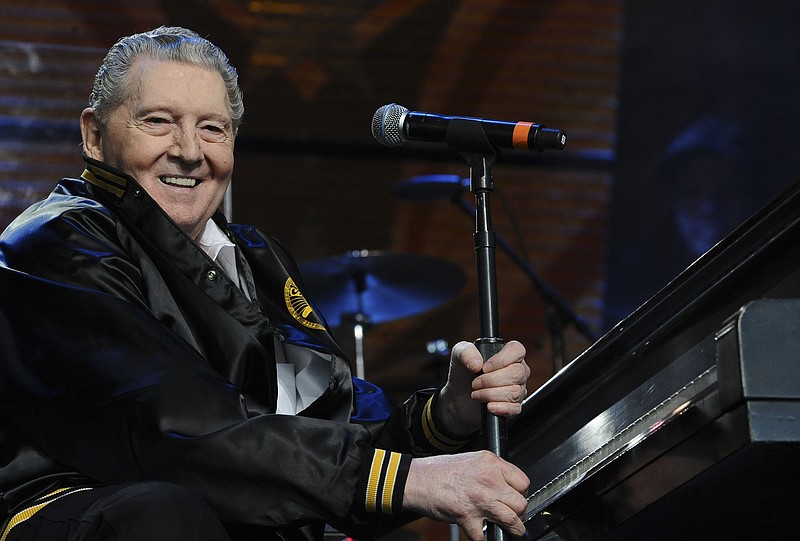 With a movie about him that may earn Oscar nominations for Austin Butler as its eponymous star and Tom Hanks as his scheming manager, Elvis has been much in the news this year.

He "left the building" for all time on an August Tuesday in 1977, age 42, his health and personal life a mess, though one Elvis Aaron Presley remains the "King of Rock and Roll" more than 60 years after he first shook those hips on stage.

Another such immortal died last week. Jerry Lee Lewis belongs in any discussion with artists like Elvis whose work had Gospel roots and which some considered Satan's handiwork. He came by the music trade honestly with cousins Mickey Gilley and Jimmy Swaggart noted musicians, Gilley as a country singer and nightclub owner and Swaggart as a TV evangelist who fell into disgrace.

Sun Records, 706 Union Ave. in Memphis, is as significant to American music as New York's Carnegie and Radio City Music halls. Through its doors walked budding superstars such as Presley, Lewis, Johnny Cash and Carl Perkins, now all gone. Make no mistake, what came out of producer Sam Phillips' record house changed the course of Western civilization.

Taking out his guitar out one night at Sun in the Eisenhower era and belting out a 1946 blues number, "That's All Right," Presley achieved what Phillips wanted, "a white man who had the Negro sound and the Negro feel." Col. Tom Parker, who was neither a colonel or whose word could be trusted about certain matters, became Elvis' manager and sold him to the world. Parker is said to have worked Presley to death, probed at length in Baz Luhrmann's nearly three-hour summer movie.

Lewis, about whom Hollywood made a dreadful biography starring Dennis Quad in the lead role and Alec Baldwin as Swaggart, was born in 1935 like Presley, living to age 87. That we might know Lewis in lesser detail than Presley is largely because "the Killer," as he was nicknamed, lived life on the edge of a thousand-foot cliff.

Jerry Lee was no less talented, no less wild on stage, as Elvis. Presley's life just followed a clearer path -- and for this, Parker's influence should not be discounted even if the Colonel had one hand in the entertainer's pocket.

A publicity-seeking act it might have been, the entertainer never getting close to combat, but Elvis served a hitch in the U.S. Army, returning to show business more popular than ever, then starring in movies that filled many an Elvis triple-feature at one's hometown drive-in theater. Though his infidelity is part of the record, touched upon in the Luhrmann movie, Elvis married one woman, Priscilla, and had a daughter, Lisa Marie, who married "the King of Pop," Michael Jackson, another who left us early.

Lewis had seven wives, divorcing two women and with two dying in back-to-back years in the 1980s. Scandalously, Myra Gale Brown, his third wife, was the entertainer's 13-year-old cousin once removed. That didn't play any better in mainstream America (Lewis a product of Ferriday, Louisiana) than overseas, costing Lewis a British promotional tour, his star dimming quickly.

With six children, Lewis healed his image enough to be a true American entertainment legend. As much as Hank Williams or even Frank Sinatra, Jerry Lee lived out the songs that he recorded, becoming especially poignant with "Middle Age Crazy" and "Thirty-Nine and Holding." Your favorite Lewis offering might be "Whole Lotta Shakin' Goin' On", "Great Balls of Fire" or "Chantilly Lace."

My late mom discovered Lewis, so to speak, one late night on Tom Snyder's "Tomorrow" program on NBC. Truth be told, she cared more for Lewis' story than those of Gilley, who played for years on the Branson circuit, and Swaggart.

Whether immortality befits Lewis, who, in the words of Paul Anka sung by Sinatra, "did all that, and not in a shy way," is a personal choice. What's true is that he could play a piano like Chuck Berry could work a guitar and crank out records that will be heard for generations. He made some bad life choices, but what major star hasn't, right down to Kanye West in current headlines.

That would Lewis be remembered more if he had followed the path of double first cousin Swaggart (with some exceptions) is anyone's guess. Just say that if Sun Records had not opened wide its doors for the likes of Elvis, "the Killer," the "Man in Black" (Cash) and the man (Perkins) who popularized blue suede shoes, there would have been a whole lot less shakin' going on the last 60-plus years.

Print Headline: Jerry Lee did it his way, whether right or wrong