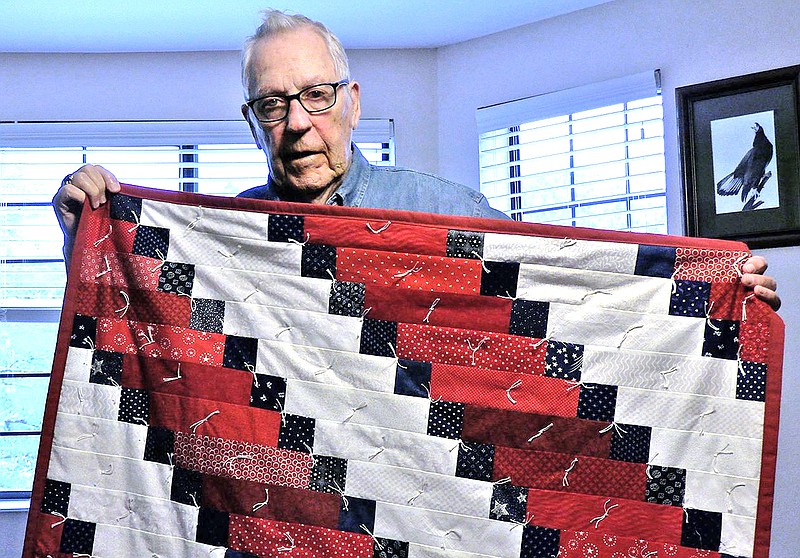 For almost two decades, Diana Beatty has made hundreds of quilts to donate to veterans. - Photo by Lance Brownfield of The Sentinel-Record

West Shores Senior Living Retirement Community will host a Veterans Day Ceremony this year, during which resident veterans will be given handmade quilts made by Diana Beatty, of Hot Springs.

Beatty, who served in the U.S. Coast Guard, spends over 60 hours on each quilt and has made well over 500 quilts. The time spent on the West Shores veterans' quilts alone totals over 1,000 hours.

There are 19 veterans living in the community, including retired U.S. Army Col. Jimmie Chaffin, who set the event in motion. Several branches are represented, including the U.S. Air Force, Army, Coast Guard, Navy and one member of the Canadian Army.

Chaffin served from May 1953 to July 1979 as a career logistician. During that time, he became a highly decorated officer, serving with the 1st Calvary Division at Division Headquarters in 1965, and was deployed with them on three tours, in Vietnam, Korea and Texas.

After volunteering to detail infantry with the 1st Division, he was assigned to the 2nd Brigade as an S4, or supply officer. His job entailed conducting inventories and keeping track of people and supplies as they come and go.

This allowed him to earn his Combat Infantry Badge. He also became a master parachutist, earning the Parachutist Badge or "Jump Wings" with 105 parachutes during his career.

He was inducted into the U.S. Army Quartermaster Regiment Hall of Fame on June 6, 2013.

"A lot of people talk about tributes to the vets," Chaffin said. "But, I haven't met many that excels Diana. What she does, and the symbolism of the quilt to keep the veterans comfortable. Many of their wounds have been lingering for many, many years."

Chaffin met Beatty at a Disabled American Veterans meeting in town a few months ago. At the meeting, one of her quilts was auctioned off.

"She was preparing to go to North Little Rock to take some of her quilts to present to veterans," Chaffin said. "But after she heard me speak. ... She learned about the veterans here at West Shores and she said, 'I'd rather give my quilts to local veterans.'"

That's when Chaffin hatched the idea to use the upcoming occasion of Veterans Day for Beatty to personally present the quilts to veterans at West Shores.

Beatty typically donates anonymously but was persuaded to make an exception for the ceremony. She has been making quilts like this for over 15 years, sometimes with the help of a church group. Some years, she has made as many as 70 quilts.

"In preparation for the ceremony, I went around and talked to each veteran," Chaffin said. "Many opened up, many with tears in their eyes, talking about life, philosophy, what they see oughta be done. It was an emotional experience for me. And, I learned some things that I'm glad to get a reminder of." 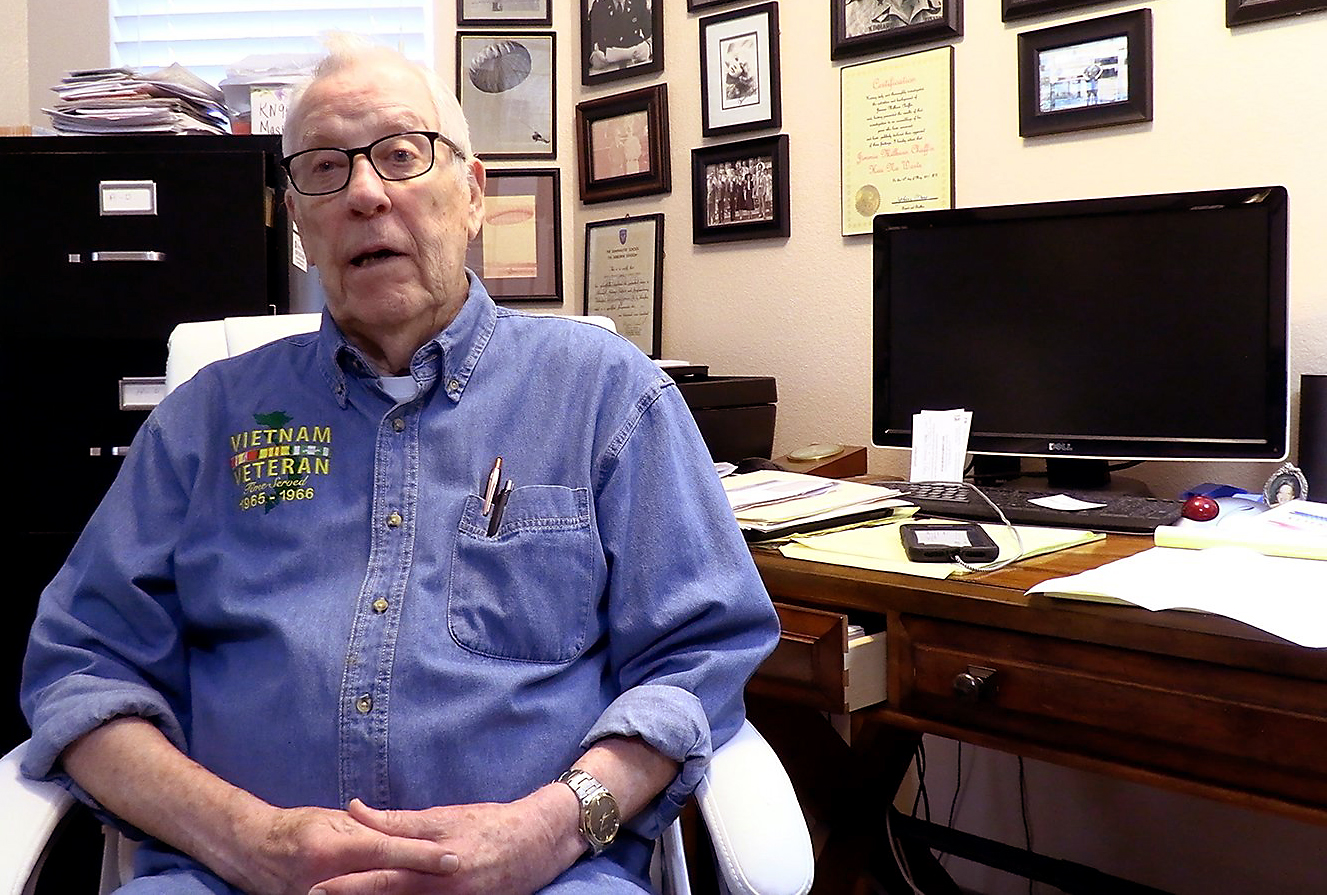