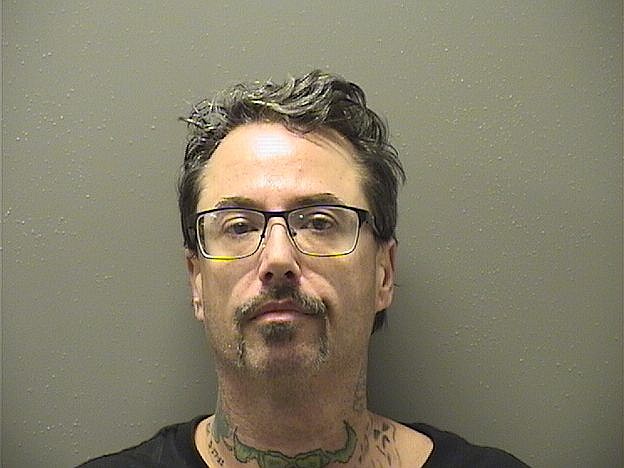 A local man was arrested on a felony battery charge Thursday after allegedly assaulting and injuring his 69-year-old cousin, elbowing her in the face and possibly breaking her nose.

Richard Dewayne Coffee, 47, of 118 Michele St., was taken into custody at his residence shortly before 3 p.m. and charged with second-degree domestic battery, punishable by up to 10 years in prison.

Coffee, who lists no prior criminal history, remained in custody Friday on a zero bond and is set to appear Monday in Garland County District Court.

According to the probable cause affidavit, shortly after 2:30 p.m. Thursday, Hot Springs police Officer Alex Tobar responded to the residence regarding a disturbance in progress.

Tobar spoke with a female, 69, who was bleeding from her nose. He also noted a man, later identified as Coffee, and separated the two to question them about the incident.

As he approached Coffee, he allegedly said, "Take me to jail, I did it." He then explained that he had struck the female, his cousin whom he lives with, in the nose with his right elbow.

Tobar then spoke to the female and noted she had fresh blood and dried blood coming from her nose and bruising around both of her eyes. The woman was "in a lot of pain" and stated her nose might be broken.

She reportedly stated Coffee had struck her with his elbow. Tobar attempted to ask her how the situation happened, but "she was in pain and could not explain how."

Coffee was taken into custody without incident and was charged with felony battery because the victim was over 60 years of age.