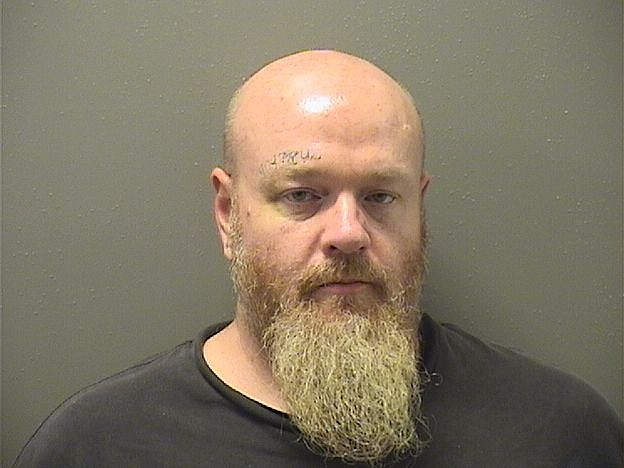 MOUNTAIN PINE -- A Mountain Pine man was arrested on felony drug charges following a traffic stop Thursday during which a Mountain Pine Police Department officer was reportedly exposed to an unknown substance and had to be medically treated.

Haynes, who lists no prior felony history, was being held on a $10,000 bond and is set to appear on Dec. 19 in Garland County District Court.

According to the probable cause affidavit, around 1:15 p.m. Thursday, Mountain Pine police were dispatched to the 200 block of Eighth Avenue regarding two vehicles "being occupied by known drug dealers" sitting outside a residence.

The two vehicles, a white Cadillac and white Chevy Tahoe, reportedly "took off" down Main Avenue as officers approached and officers noted the vehicles crossed the centerline so MPPD Chief Joshua Jester made a traffic stop on the Tahoe and Lt. Ruey Hendrix and Sgt. Jeffrey Island stopped the Cadillac.

The officers made contact with the male driver and the passenger, identified as Haynes, and after allegedly noticing an odor of marijuana coming from the vehicle, they asked both to exit the vehicle and they did.

The driver reportedly gave the officers consent to search the vehicle and allegedly located a glass vial with a "crystal substance" and a black bag that contained two syringes, a condom, an empty glass vial and a bag with a large amount of a crystal substance.

The glass vial was found to contain 2.0 grams of what tested positive for meth. The bag contained 110.7 grams which the officers "made multiple efforts" to identify using several chemical field tests but were unsuccessful so they contacted the 18th Judicial District East Drug Task Force who agreed to meet the officers at the detention center.

Right before leaving to transport Haynes to the jail, Hendrix reportedly developed a headache and "became dizzy" so that Jester and Island had to "catch him and sit him down." Jester radioed dispatch about what happened and requested LifeNet to respond.

The officers administered two doses of the overdose-reversing medication naloxone and put Hendrix on oxygen until LifeNet arrived at the scene. Hendrix was taken to a local hospital where he was treated and later released.

Island transported Haynes to the jail where DTF agents assumed the investigation. The substance in the bag was found to be counterfeit, possibly some kind of cutting agent, used to process other drugs.