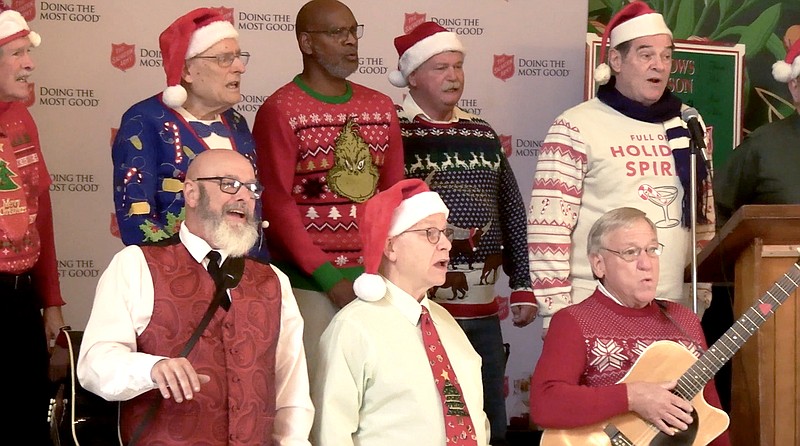 The Fun City Chorus performs during The Salvation Army of Hot Springs' annual Red Kettle and Angel Tree kickoff event at the Arlington Hotel Friday. - Photo by Lance Porter of The Sentinel-Record

Bells will start ringing all over Hot Springs with the start of The Salvation Army's annual Red Kettle and Angel Tree campaigns on Friday.

The organization held its annual kickoff event in the lobby of the Arlington Resort Hotel & Spa, featuring music by the Fun City Chorus and The Salvation Army Band from the organization's central headquarters in Oklahoma City, as well as a show by local magician Maxwell Blade.

"We do that every single year here," Captain Bryan Brinlee of The Salvation Army of Hot Springs said. "We love doing this here. And so this commemorates kicking off that event. So our kettle goal this year for ringing bells -- we have 21 locations at Walmarts, Krogers, Harps, all over the place -- and our kettle goal this year is $130,000. Last year, we did $128,000. We set an all-time record in Hot Springs, and so all of that money that we raised through kettles goes to help people get out of poverty, feed homeless, and do so many things in this community."

Captain Tracy Brinlee said the Angel Tree has adopted over 450 children for the program this year.

"So this year we have adopted 167 families, which totals 461 children," she said. "Angel tags are available at Walmart on Central, Albert Pike, Citizens Bank, both locations, at the Chamber of Commerce, and they can go adopt an angel."

All funds raised in Garland County will stay in this community, Captain Bryan Brinlee said.

"Every single dollar that's donated at The Salvation Army stays right here in this community," he said. "It actually goes towards helping people in our food programs, in our Pathway of Hope, helping people transition out of poverty."

One of the primary services The Salvation Army of Hot Springs offers is its food programs, providing 30,000 meals through the Red Shield Cafe.

"Our feeding just isn't for homeless," Captain Tracy Brinlee said. "It's for those who maybe are running short that month. They can come and get a hot meal. The goal of it is to prevent homelessness, so that they could spend their money on their rent, and we can provide a warm meal every evening."

"We actually employ homeless people at minimum wage and give them a job ringing the bells for us, which actually gives them a paycheck and helps them get off the street," he said. "So that's a huge relationship. So when you're at a kettle and you see someone ringing the bell, they're either homeless, or they're a volunteer, one of the two, and 94% of all of our bell ringing -- there's 5,486 hours available of bell ringing -- 94% of it is done by people that actually don't live in a house."

Hot Springs Mayor Pat McCabe was on hand to select the first child from this year's Angel Tree.

"I enjoy being here again this year to pick the first angel from the Angel Tree," he said. "It's been a very difficult year for people. Inflation is running rampant, the cost of goods and services are higher today than they have been forty years or more, and that weighs heavily on those who have economic challenges of work and raising a family. So it's always fitting for this time of year for us to extend our individual selves to the degree we have capability to make those people who might not have as merry a Christmas as you might have at your own home, but you give them an opportunity to have a merry Christmas as well."

"The Red Kettle Campaign has grown into probably one of the largest and most recognized single fundraiser event of the year for our nation," he said. "Everywhere. There's not a city, not a state you can't go where you don't find the red kettles and you don't hear those silver bells ringing. And you know when you hear those silver bells ringing ... everywhere on Main Street, USA, it's getting close to Christmas." 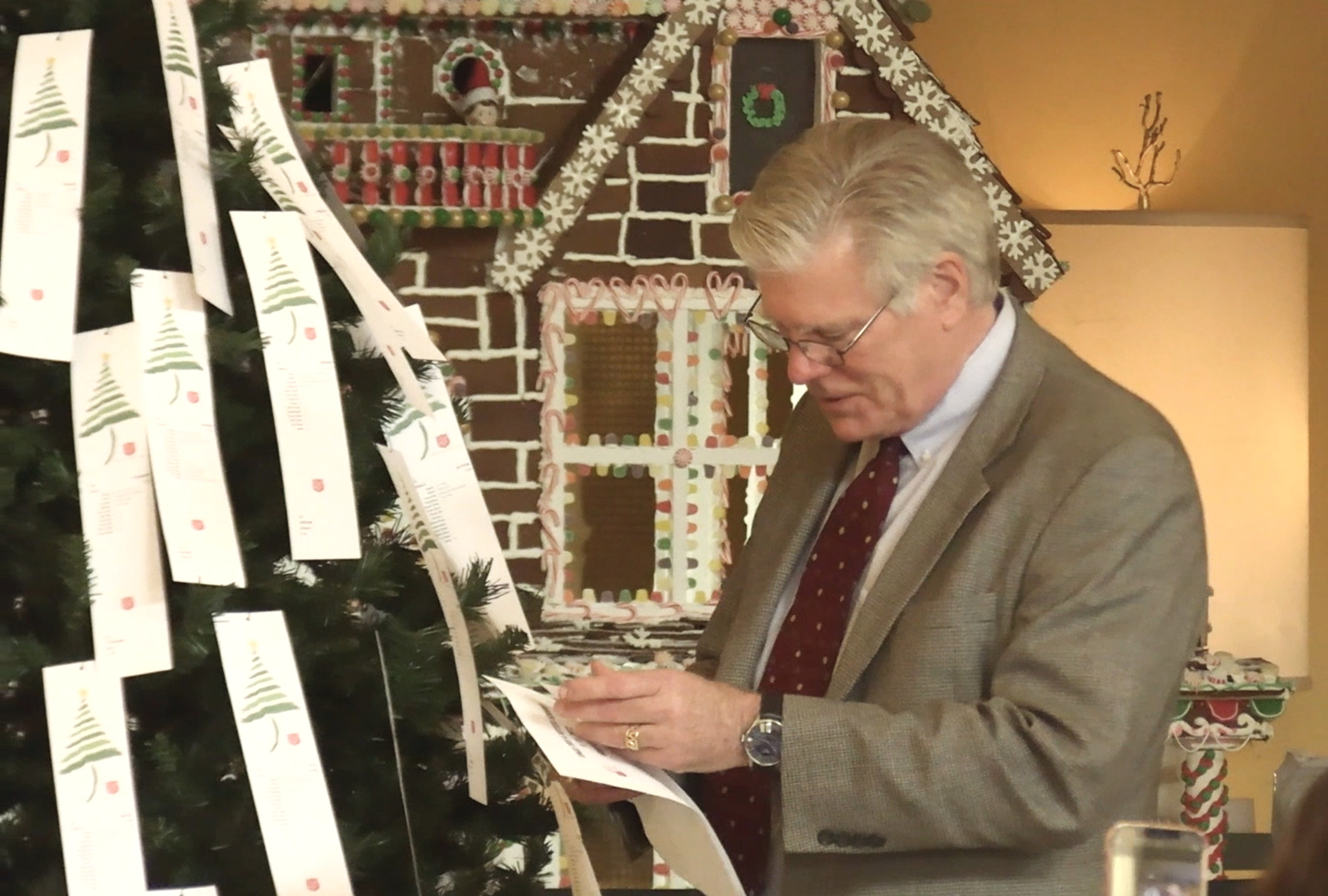 Hot Springs Mayor Pat McCabe selects the name of a child from The Salvation Army's Angel Tree during Friday's kickoff event at the Arlington Hotel. - Photo by Lance Porter of The Sentinel-Record