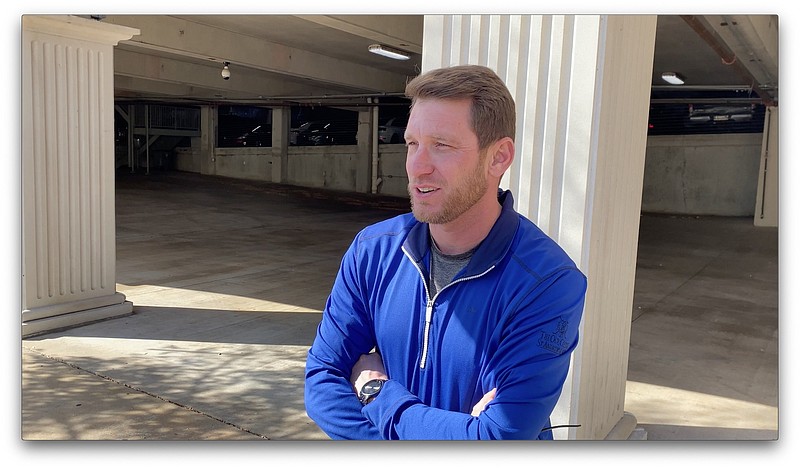 Monday marks the official start of the holiday season in downtown Hot Springs with the annual lighting of the holiday lights display and the 19th Annual Tom Daniel Holiday Chili Cookoff.

"It was named after Tom Daniel, who is the one who started it," Alan Spraggins, president of the Downtown Association of Hot Springs, said. "The reason it got started is it's a partnership between us and the city. We fund some of the city lights for downtown lights."

Admission for the cook-off is $5 for "as many bowls of chili as you can eat," Spraggins said. Beer and water will also be sold.

Advance tickets can be purchased online at https://www.downtownhotsprings.org, which will allow for skipping the line, and gates open at 4:30 p.m. at the Exchange Street Parking Plaza.

"This is always in conjunction with the lighting of the downtown lights," Spraggins said. "This year we have Barry Brandt with Channel 7 coming to do the lighting. It will happen around 6 o'clock, 6:15 (p.m.). It goes on live on Channel 7."

Spraggins said there are approximately 30 teams signed up for this year's event competing for trophies designed by Dryden Pottery.

An anonymous judge will taste each chili being judged in a secure location, Spraggins said.

"We have first place, second place for traditional and nontraditional," he said. "The difference is, do you have beans or not? Then we have a People's Choice and a Best Booth."

While all of the proceeds do not go to the lights display, additional proceeds go toward projects for the Downtown Association.

"Not 100% of it goes to the lights," Spraggins said. "We maintain a portion for other stuff, but the majority of the event, that is what it's for. We have a great partnership with the city of Hot Springs; they do a fantastic job putting lights up and down. We're one of the bigger cities that have a beautiful light display every year."

The Downtown Association provides funding to help defray the cost of maintaining existing displays and purchasing new items for the displays.

"Our agreement with the city is we give a portion of the proceeds to them to use at their discretion," Spraggins said.

"One thing we have learned, as I've been involved with it, is these lights are very expensive, and shelf life, if you will, does turn over. They're constantly buying new displays, I guess will be the term for it, constantly having to replace ones that have burned out and things like that," he said.

"If you notice from Park Avenue all the way down to Ouachita, there's lights all over the place."

The Downtown Association anticipates a crowd upward of 700 people for the annual cook-off.