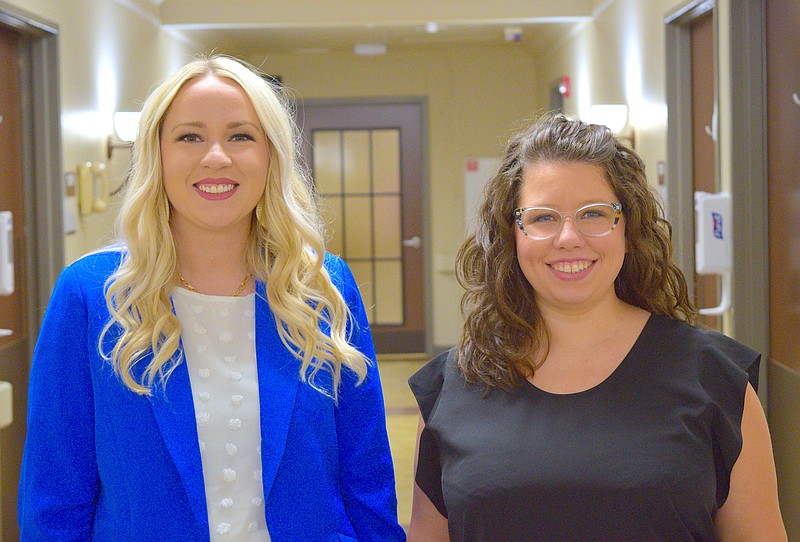 Renee Yeager and Shalyn Calaway are certified nurse midwives, or primary care providers to women of all ages throughout the lifetime. Both of them provide services such as well woman care, prenatal care, family planning, midwifery care during labor and birth, postpartum care and gynecological care.

The requirements for becoming a CNM include a degree in nursing, having experience in labor and delivery as well as completion of a master-level program in nurse-midwifery. There are currently no midwifery programs offered in Arkansas.

Yeager and Calloway are currently two of only 12 practicing midwives in the state, Yeager said. Ten practice out of hospitals, one provides care for home births and one practices out of a clinic. The passing of Act 607 could possibly encourage more midwives to begin practicing in the state.

There are currently only three hospitals in Arkansas with CNMs -- University of Arkansas Medical Center in Little Rock, Willow Creek Women's Hospital in Johnson and NPMC.

Yeager began her career at Arkansas Children's Hospital as a neonatal ICU nurse. She then spent five years as a labor and delivery nurse at Baptist Health Medical Center in Little Rock, according to NPMC's website.

"I started as a labor and delivery nurse, and after a little while of doing that, I decided that I wanted a longer relationship with my patients vs. just that 12-hour shift that I was getting," Yeager said. "And I really wanted to see them from the beginning of their pregnancy all the way through postpartum and then continue on through the life span to kind of form that provider relationship."

Yeager knew she wanted to complete a master's degree in pursuit of a career as a certified nurse midwife, but she had a decision to make: to not pursue her dream career or move away from her home state.

"When I first was looking, there were no midwives in the state, and so I talked to my husband and was like 'This is what I wanna do,'" Yeager said. "And so, we decided that I would pursue it and we would just potentially move when I graduated if there still were no (practicing) midwives here."

She "got very lucky" when she graduated, she said. UAMS had hired a few midwives by that time.

After obtaining her master's degree in nurse midwifery from the University of Cincinnati, she began working for UAMS, which she stayed with for five years before coming to NPMC.

As a Hot Springs naive, the hourlong commute back and forth to Little Rock every day made applying for the position at NPMC an easy decision, she said.

"The hardest part was leaving my midwife colleagues that I really love at UAMS," Yeager said.

"Hot Springs is my hometown," she previously told The Sentinel-Record. "I actually was born and raised here, graduated from Fountain Lake, and then went to school for my nursing degree at National Park College. We moved back a couple of years ago. And so I've been driving from here to Little Rock for the last four years probably. When the position opened up in Hot Springs, I was very excited to get to provide this care in my hometown and the community I lived in versus driving an hour away."

The distance wasn't the only reason Yeager was convinced to accept the job at NPMC, though.

The midwives at UAMS rotate through the clinic, she said. So, the patients will rotate through each practicing midwife at the hospital, rather than having a closer provider-to-patient relationship Yeager is now able to provide at NPMC.

"I'm really enjoying the private practice aspects of it," she said. "So, actually having my own patients that I see, I do their follow-up, I'll do all their prenatal care (and) hopefully get to deliver their baby."

Beginning her career as a labor and delivery nurse, Calaway received her doctorate of nurse practice in nurse midwifery from Baylor University in May 2022, according to NPMC's website. Calaway became a birth doula in 2018 after her own experience going through labor and delivery.

"I had my son, and I desired a natural physiologic birth, preferably unmedicated," she previously said. "And I decided to put that all upon my husband and well, he wasn't a good birth doula."

"I decided to be a certified nurse midwife because I always enjoyed my job working at the bedside as a registered nurse in labor and delivery, and then I wanted to find a way to get more involved with my patients and just their labor and birth and postpartum experience," she said.

"Midwifery really spoke to me because it focuses on education throughout the prenatal experience, building that relationship with a patient all the way from their teenage years to prenatally to postpartum and as they navigate through their life."

Although NPMC is Calway's first experience as a CNM, she was a labor and delivery nurse for five years. She's originally from Paragould, but decided to make the move to Hot Springs in order to practice midwifery in a "private practice aspect," giving her the ability to build a longer relationship with her patients, she said.

The birth of Calway's son was the experience that led her to pursue a career as a CNM, she said.

"It was after I had him that I realized my OB-GYN was phenomenal," she said. "I'm very thankful for him, and he was very open to a natural physiologic birth, but he was also just not able to really help guide me through that and the education through that like midwives."

Although the CNMs now have full practice authority granted through Act 607, they still face challenges, including some people's perception of midwives, the two CNMs said.

"When I made the transition to labor and delivery and spoke to my family about going back to be a nurse midwife, they didn't know what a nurse midwife was," Calaway said. "So that goes to tell you that so many people don't know about it."

"Most of the time when you say that you're a midwife, people's automatic, knee-jerk reaction is 'Oh, so you deliver babies at home and no intervention, no nothing,'" Yeager said. "But that's not true. ... Many times, people think that it's a lesser form of care, that we don't believe in interventions or any of that, but that's not true. We follow the same guidelines as OB-GYNs do, we spend two years focusing solely on normal labor/delivery, vaginal deliveries. ... We are highly trained."

"Often when you hear the word 'midwife,' many people think delivering at home with no pain relief or even wilder than that, delivering on a farm, you know, back in the old days kind of thing," Calaway said.

"And so, not many women really know about certified nurse midwives and the different roles that we can take.

"You're allowed to have a hospital birth, you have that safety net of a hospital if it's needed or if you just feel more comfortable being in a hospital than at your home."

As CNMs, Yeager and Calway are more than capable of providing the usual services women are used to with OB-GYN deliveries, such as pain medication, epidurals, Pitocin, induction and ultrasounds.

"If you still want that hands-on approach to your care that provides more education and more of a hands-on experience, but you think 'I don't want to labor a baby without an epidural,' then by all means, get your epidural," Calaway said.

Unlike OB-GYN specialties, CNMs specialize in low-risk pregnancies and births. Since they work from NPMC, Yeager and Calaway work alongside OB-GYNs, who jump in if any complications arise.

"So midwives typically view labor and delivery and pregnancy as a natural, physiologic process, which is normal until it proves itself abnormal," Yeager said.

"It is their labor, it is their birth, it's not mine. I'm here to support you and give you what you need to be able to make the decision that's best for you, your baby and your family.

"Midwife means 'with woman' and we really do bring that extra peace of really making somebody's labor and delivery and pregnancy about them," she previously said. 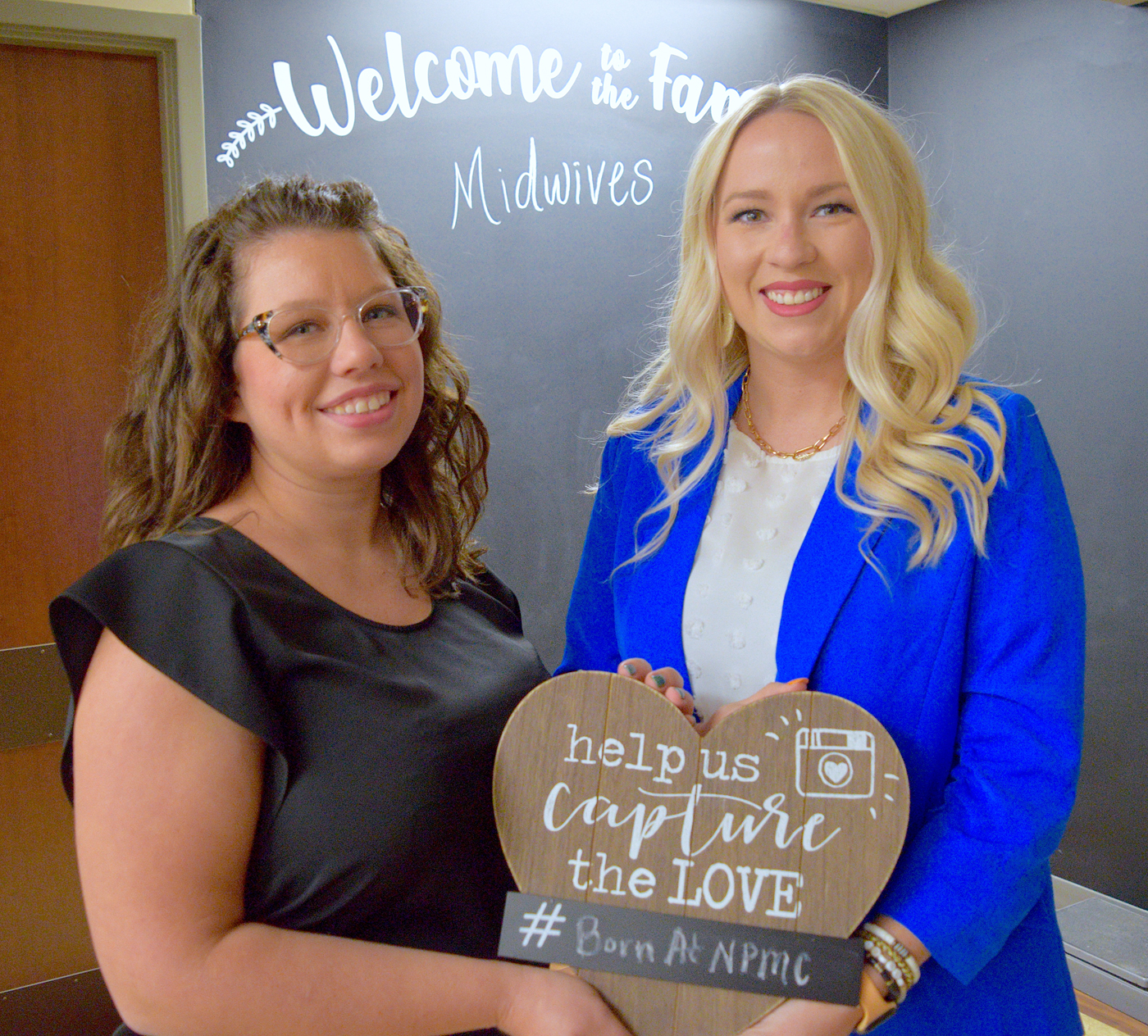 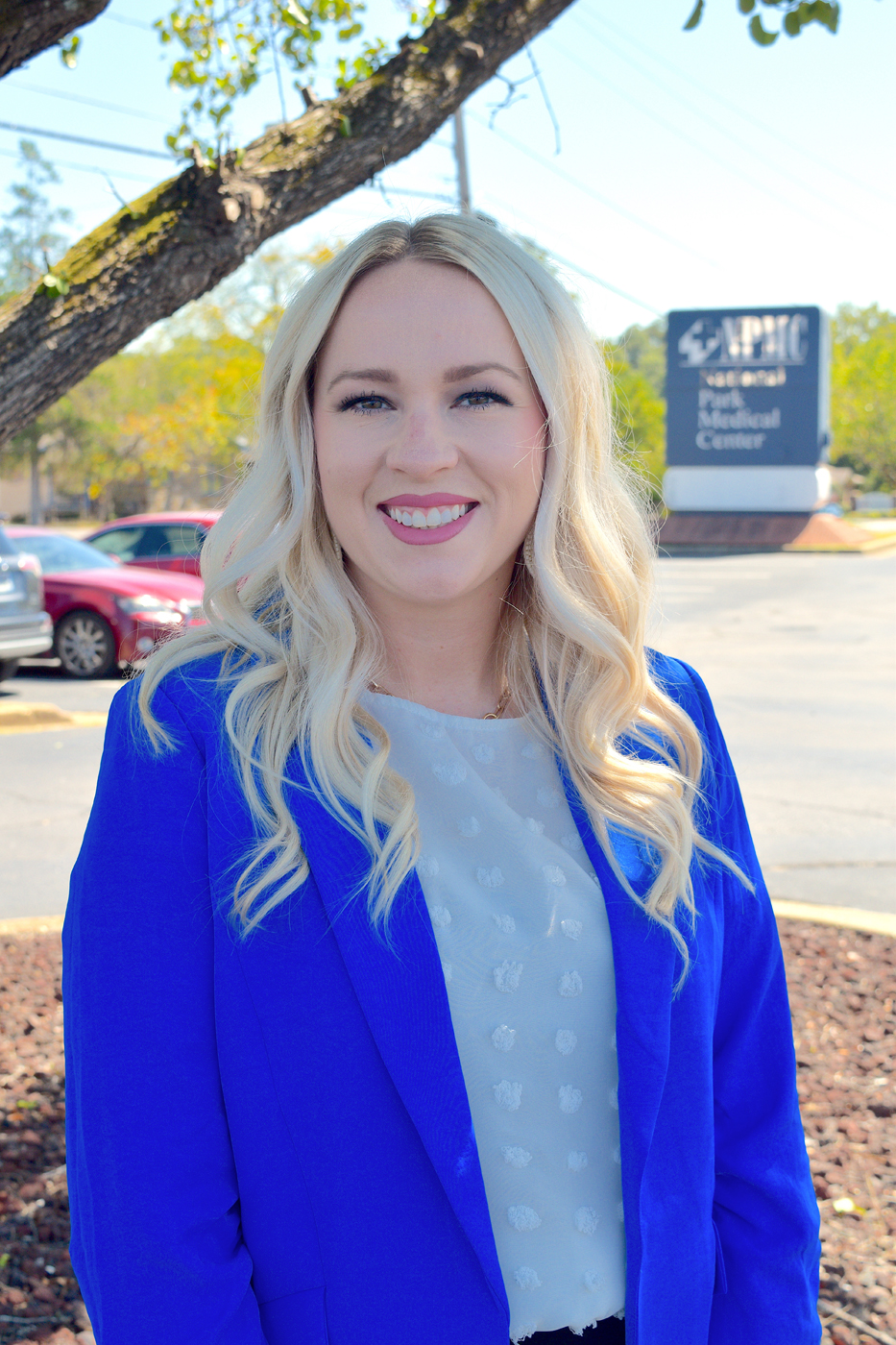 Shalyn Calway recently received her doctorate of nurse practice in nurse midwifery from Baylor University before accepting the position of certified nurse midwife at National Park Medical Center. – Photo by Donald Cross of The Sentinel-Record 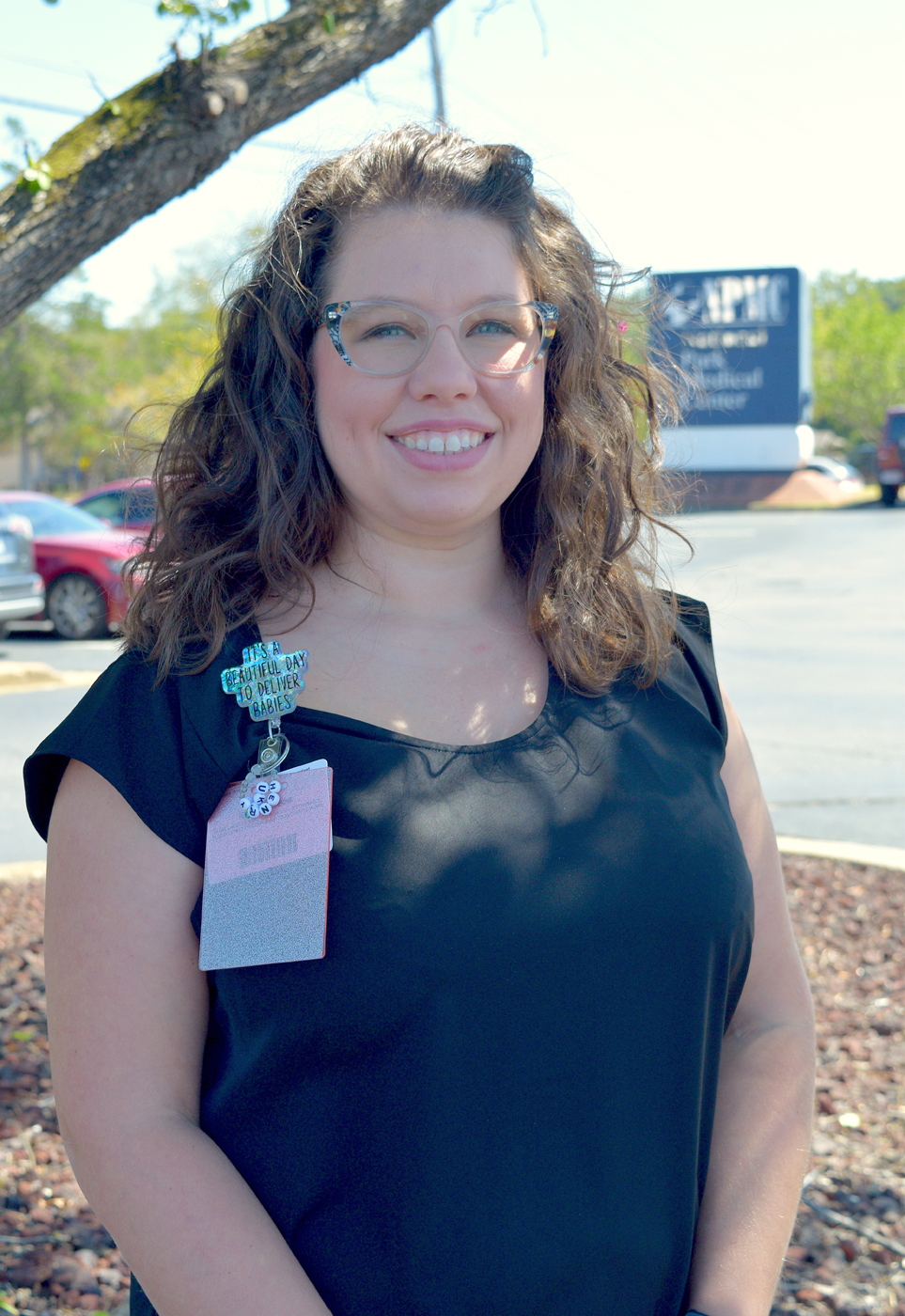