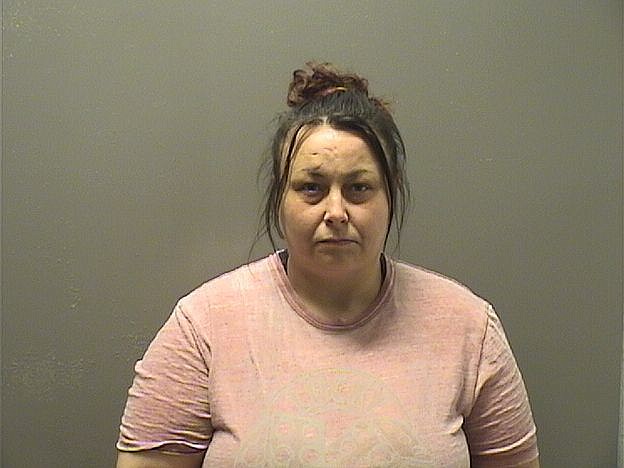 A local woman was arrested Sunday night on a felony warrant stemming from allegations she illegally obtained COVID-19 relief funds in 2020 and 2021.

April Lynn Robbecke, 40, who lists a Hideaway Drive address, was taken into custody shortly before 9 p.m. after a traffic stop by Arkansas State Police on Highway 70 east and served with the warrant for theft of public benefits, a felony punishable by up to 20 years in prison, and a misdemeanor count of failure to appear.

Robbecke, who lists no prior felony history, was being held on a $5,000 bond and was set to appear Monday in Garland County District Court. According to court records, she was convicted on Oct. 22, 2021, of a misdemeanor count of possession of an instrument of crime and was sentenced to one year in jail, all suspended, and on March 4, 2020, of a misdemeanor count of theft of property and sentenced to one year in jail with all but 30 days suspended.

According to the probable cause affidavit, on Feb. 25, Department of Human Services investigator Jana Thompson reported a theft of public benefits totaling $7,500 by a known suspect, identified as Robbecke.

On Sept. 3, 2021, Robbecke allegedly submitted an electronic application for the Arkansas Rent Relief Program, which was digitally signed. In the application, Robbecke requested assistance with her rent from May 2020 through February 2021, as well as April 2021 and June through September 2021.

The request for assistance was for a total amount of $7,500. Robbecke reportedly indicated she was unable to pay rent at her residence due to financial hardships caused by the COVID pandemic. The assistance was granted and Robbecke was provided with $7,500 in financial aid.

DHS was later contacted by the owner/landlord of Robbecke's listed residence who stated Robbecke was not renting the property and was "under no financial obligation at the residence." The address of the residence was redacted in the affidavit.

Hot Springs police Detective Phillip DeFoor began an investigation and a warrant for Robbecke's arrest was issued on March 16.