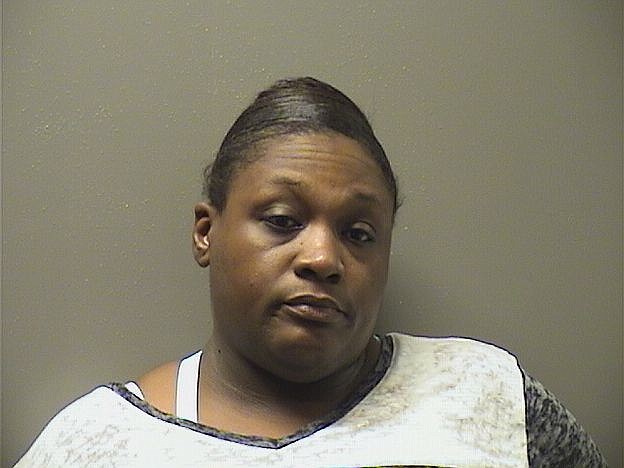 A Hot Springs Village woman convicted on drug charges in 2019's Operation Blue Sky was arrested again Thursday on felony charges in a sting by the local drug task force.

Tierra Ruth Nicole Fort, 36, who lists a Tai Lane address, was arrested on one count of delivery of meth, punishable by up to 20 years in prison, and use of a communication device with a proximity enhancement, each punishable by up to 10 years. She remains in custody in lieu of a $100,000 bond and is set to appear on Jan. 4 in Garland County Circuit Court.

According to court records, Fort was convicted in 2018 of possession of drug paraphernalia and furnishing prohibited articles and sentenced to six years' supervised probation. She was convicted again on Oct. 2, 2019, of two counts of delivery of meth, unauthorized use of another person's property to facilitate a crime, maintaining a drug premises and use of a communication device as part of "Operation Blue Sky" and sentenced to seven years in prison, but was later paroled.

"Operation Blue Sky" was a five-month sting operation targeting meth distribution in Garland County by a group with Aryan Brotherhood ties that resulted in 32 arrests, including Fort, and the recovery of over 4 pounds of meth. The operation was conducted by the 18th Judicial District East Drug Task Force and was named for the potent strain of meth manufactured by the fictional characters Walter White and Jesse Pinkman on the television show "Breaking Bad."

She was arrested again on June 12 on felony charges of possession of drug paraphernalia and possession of meth with purpose to deliver and was released the same day on a $4,500 bond. She pleaded not guilty to the charges on Sept. 7 and is set for a disposition hearing on Jan. 4 in circuit court.

According to the probable cause affidavit on the new charges, between June 1 and Aug. 1, DTF investigators utilized a confidential informant to conduct a purchase of meth from a Black female identified as Fort in the Hot Springs/Garland County area.

The weight of the meth allegedly purchased from Fort was over 2 grams, but less than 10 grams, making it a B felony punishable by up to 20 years. The substance purchased was tested and confirmed to be meth.

A cellphone was allegedly used to arrange the controlled purchase from Fort that reportedly took place within 1,000 feet of First Christian Church, 1806 Central Ave., resulting in the additional charges.