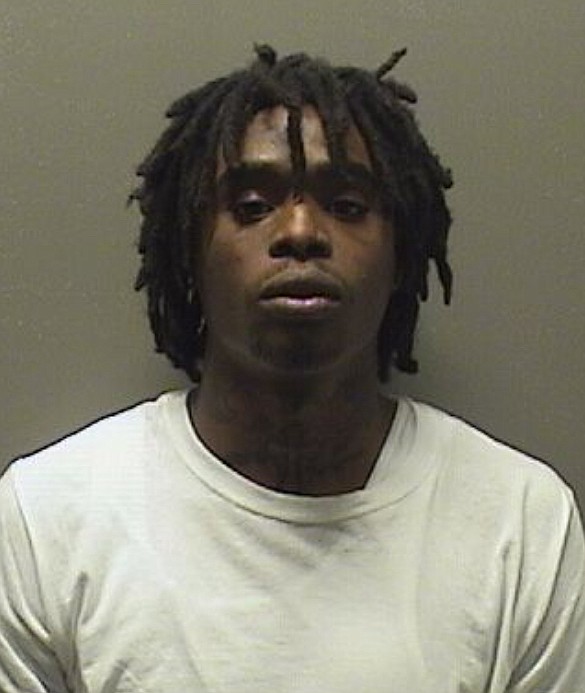 HOT SPRINGS VILLAGE -- A Little Rock man was arrested early Sunday following a traffic stop for speeding in Hot Springs Village after an allegedly stolen gun was found in his possession.

Keon Daewon Fudail, 22, who lists a Little Rock address, was taken into custody shortly before 12:30 a.m. and charged with theft by receiving of a firearm, a felony punishable by up to six years in prison.

Fudail, who lists no prior felony history, was later released on a $2,500 bond and is set to appear on Dec. 19 in Garland County District Court.

According to the probable cause affidavit, at approximately 12:24 a.m., Hot Springs Village Police Officer Ryan Harper observed a white Dodge Charger westbound on Balearic Road near Isabella Way traveling at a high rate of speed.

After pacing the vehicle at 57 mph and noting it traveled left of center "multiple times" he made a traffic stop at Balearic and Camino Road and made contact with the driver and sole occupant, identified as Fudail.

While checking his driver's license and registration, Harper reportedly noted an odor of marijuana coming from the vehicle and asked Fudail about it. Fudail reportedly stated he had a small amount of marijuana and gave consent to search.

As Harper began searching, Fudail reportedly stated he might have a firearm in the vehicle. Harper reportedly located a Taurus 9-mm handgun in the center console. A computer check of the gun's serial number reportedly showed it had been reported stolen out of Little Rock.

When asked about it, Fudail reportedly stated he bought the firearm from a friend and didn't know it was stolen. Fudail was taken into custody at that point on the felony theft charge and taken to the Garland County Detention Center.