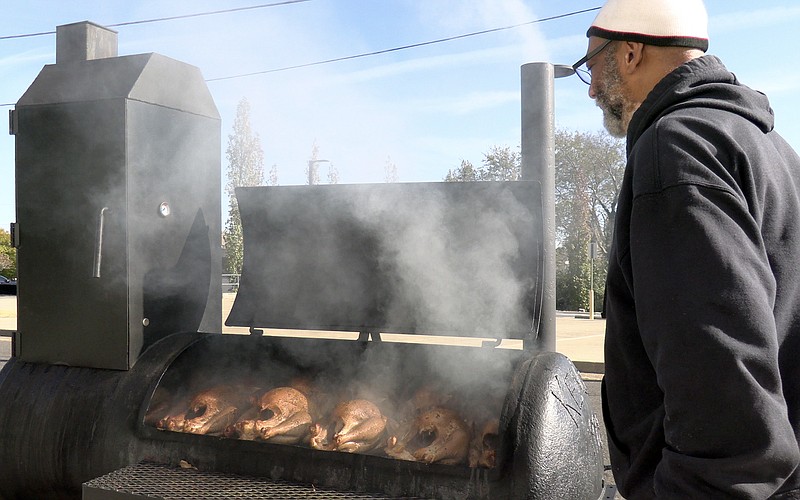 Pete Finney, a board member of The Giving Team, looks over a smoker full of turkeys that are being cooked for Thursday's 18th annual A Thanksgiving to Share. The free Thanksgiving carryout meal will be held from 11 a.m. to 1 p.m. at Visitors Chapel A.M.E. Church, 319 Church St. - Photo by Donald Cross of The Sentinel-Record

After feeding 1,500 people a year ago, A Thanksgiving to Share returns for its 18th year in hopes of providing a free Thanksgiving meal to the people of Hot Springs.

Janice Davis, founder of The Giving Team and the annual meal, said her day will start around 8 a.m. with people showing up to deliver several meals.

"Right now, just with the facilities, I think we're at over 600 (meals)," she said, noting there will be deliveries to many of the city's assisted living facilities.

While in the past the event has been in-person, the event will again be carryout only, Davis said.

"We're not doing in-house dining again," she said. "We have in the past, but since COVID (we haven't). ... I wasn't ready, and I realized most people think COVID's over, but with volunteers and other people, my board not agreed that we needed not. We just would do delivery and takeout."

Davis said the Garland County Extension Homemakers Council was a huge help this year, providing refrigeration for the 70 turkeys and 50 hams leading up to Thanksgiving.

"We looked for it all summer," she said. "We thought we had some refrigeration ... just to store (the food). ... They just opened up for us, and I needed them to be recognized for that."

The organization budgeted $7,000 for this year's event.

"Most of my donations come from outside of Hot Springs, almost all of them," she said. "People in Michigan, people in Little Rock, people in Canada -- I really do networking. Other people hear about it in Connecticut. ... This year, it was a bit more because turkeys never went on sale. We already had some, and we had some donated, but only like six. I spent almost $700 on turkeys, and I spent another $800-plus on hams."

The annual event started when Davis' son, Keenan Davis, who was an executive in the National Football League, could not make it home for Thanksgiving one year.

"He had a playoff game, and he couldn't come," she recalled. "I didn't know what else to do. So I just said, 'I'll feed people.' So I started it. The first year, I fed 52 people, and I just told friends, like 'Give me a cake or something,' but I did all the food, and I still make all the dressing. We fed over 1,500 last year."

The food preparation starts in September for Davis.

"I start in the first of September making cornbread, and then in October, I cut up vegetables -- the celery and stuff," she said. "I make it like my parents taught me, like my dad taught me, and it's tedious. ... But it's a labor of what needs to be done."

Davis said there are about 60 people who help out throughout the week to get things ready for Thursday.

"I cannot say enough about her," Davis said. "She has been always intricate in it. ... We deliver all over parents in my district, but she has always, as you well know, has always been concerned about everybody, not just her constituents."

The volunteers are not just from here in Garland County. One of the board members for The Giving Team lives and works in Dallas and takes a week off to help with the annual meal.

"People just volunteer," Davis said, noting several volunteers are members of New Life Church. "This man called me from Chicago, and they're going to be here. He saw it on our Facebook page. He said, 'Can we come?'

"He and his family are coming. I don't even know him. ... It's just really an outpouring of people that just want to give."

People who want their meal delivered can call 501-385-2813. Meals can be picked up at the church Thursday for no cost.

"We really hope that people who are mobile will drive up to the church," Davis said. "Somebody will be out there. Tell them how many dinners you want and get them, and we're praying no rain." 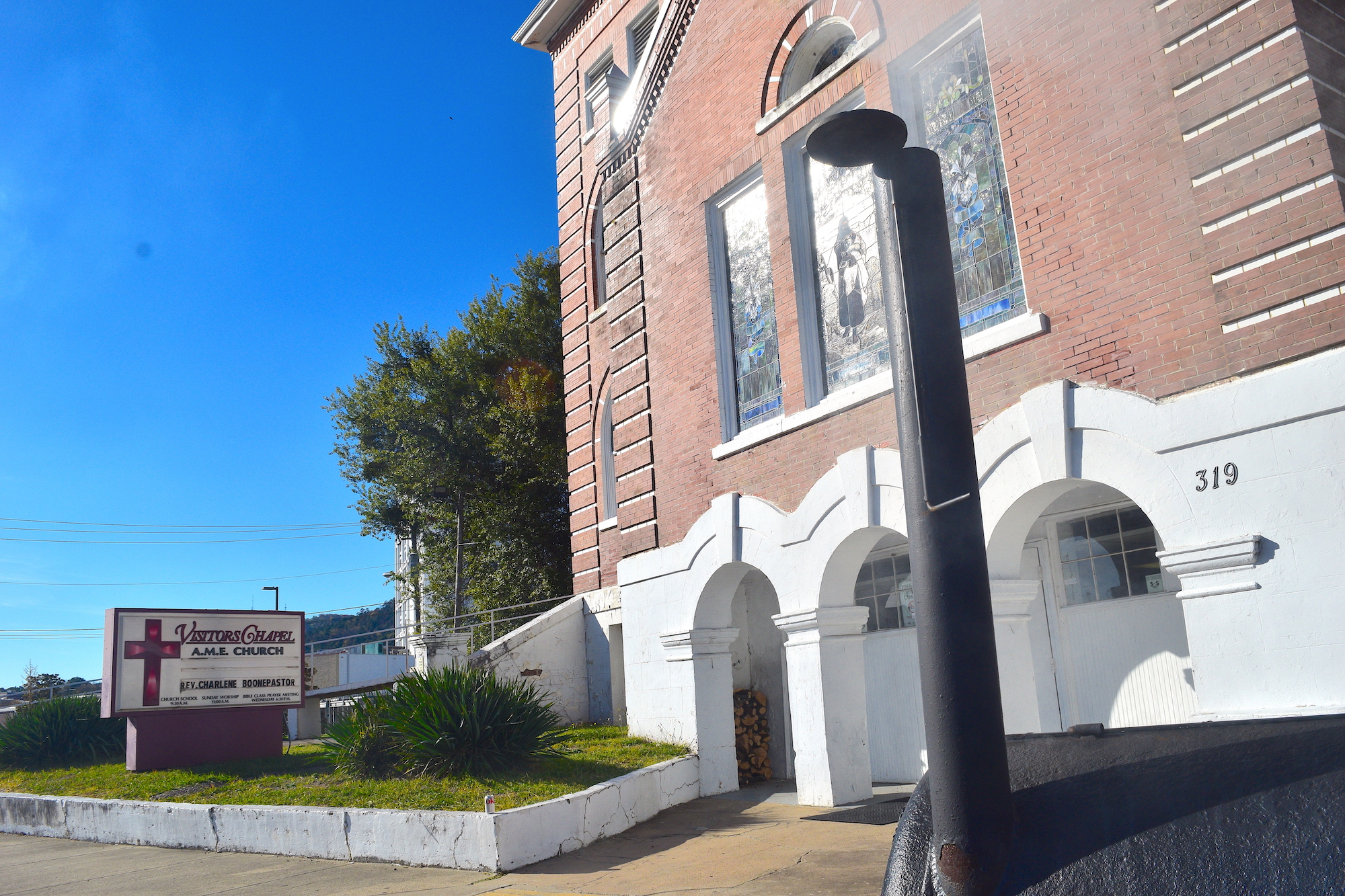 A smoker in front of Visitors Chapel A.M.E. Church, 319 Church St., is shown as volunteers prepare for Thursday's 18th annual A Thanksgiving to Share. - Photo by Donald Cross of The Sentinel-Record