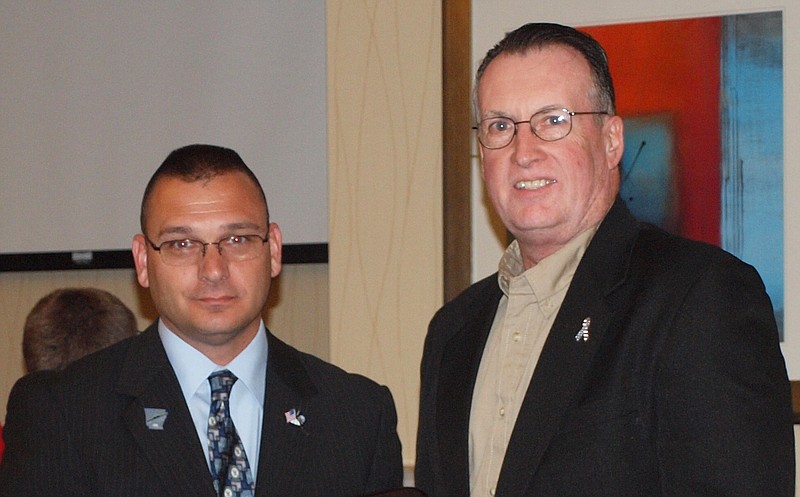 Sharp "has had both feet in the fire since we met in 1976," Arego said in a news release. "In those days we had football, softball and basketball games with the Police and Fire Departments for fun and sometimes fundraisers and of course the food drive, NALC members were somehow always willing to participate."

Sharp took extra duties as a steward, local and state treasurer, the release said. "Always active in the community, he worked several years with the American Red Cross as a CPR instructor, financial development chair and briefly as board chair."

He served four years with the United Way of the Ouachitas as treasurer, and many years with the old Ouachita Council of the Boy Scouts of America where he served as a youth leader in the Cub, Boy Scout and O.A. Order of the Arrow working with the dance teams of leader Tom Bailey, the release said. He served as a unit commissioner then the district commissioner. During this time he received the District Award of Merit, Council Silver Beaver and his O.A. Vigil Honor.

During the tenure of Sheriff Leon Barlow, "he served briefly as a reserve deputy sheriff spending late nights searching for a lost child hunting in the Lake Ouachita woods, a wreck on 7 south or robbery somewhere," the release said.

Veterans in need of benefit assistance should contact the Hot Springs DAV office at 501-760-4648 or email [email protected] for an appointment.