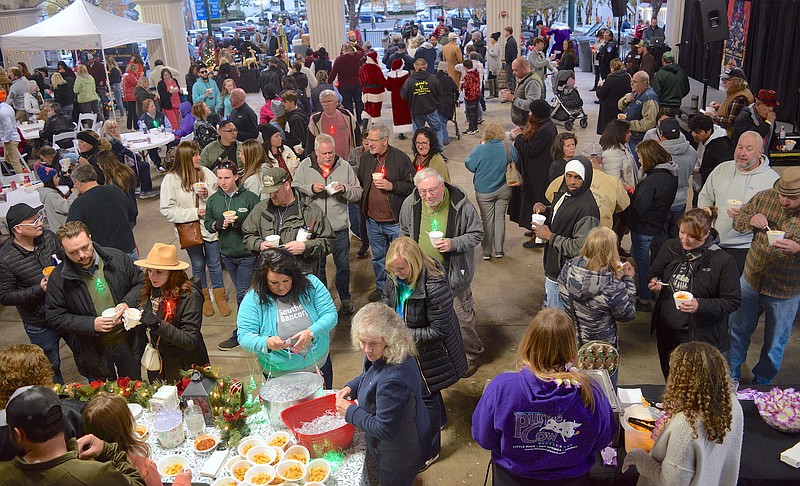 The Traditional Chili and People's Choice awards went to Team Oaklawn with 501 Prime taking second in the traditional competition.

"I think we had a very good event," Alan Spraggins, president of the Downtown Association of Hot Springs, said, noting numbers were near or at those before COVID-19.

"Attendance was as expected, actually a little higher than where we have been in the past," he said. "I think that's the defining point we can all look at and go, 'Well, are we back to where we were three years ago? We feel like we were there."

The Non-Traditional Chili award went to Elite Exteriors, reclaiming the title the group last held in 2019. Spa City Paddy Wagon, which took the 2021 title with its corned beef chili, won second in the competition with the recipe.

Members of the Piccolo Zoppe Circus made an appearance at the event as well, Spraggins said.

"They came out and did ... a couple of acts that were really, really fun," he said.

The annual event marked the start of the holiday season in downtown Hot Springs with KATV Channel 7 broadcasting the lighting of the holiday lights in downtown. Meteorologist Barry Brandt, who stepped into the role after the retirement of Ned Perme in 2018, was again responsible for the annual lighting.

While Spraggins was unable to give an exact tally for how much was raised by the event, he expects the total will exceed last year's profits.

"I know the gross number," he said. "Without taking the costs out, I don't know exactly yet. But what we do on it is half of what we make goes to the city, so we will give more than we gave last year. We know that looking at the preliminary numbers."

In January, the Downtown Association presented a check for $2,342 to the city from last year's chili cook-off. 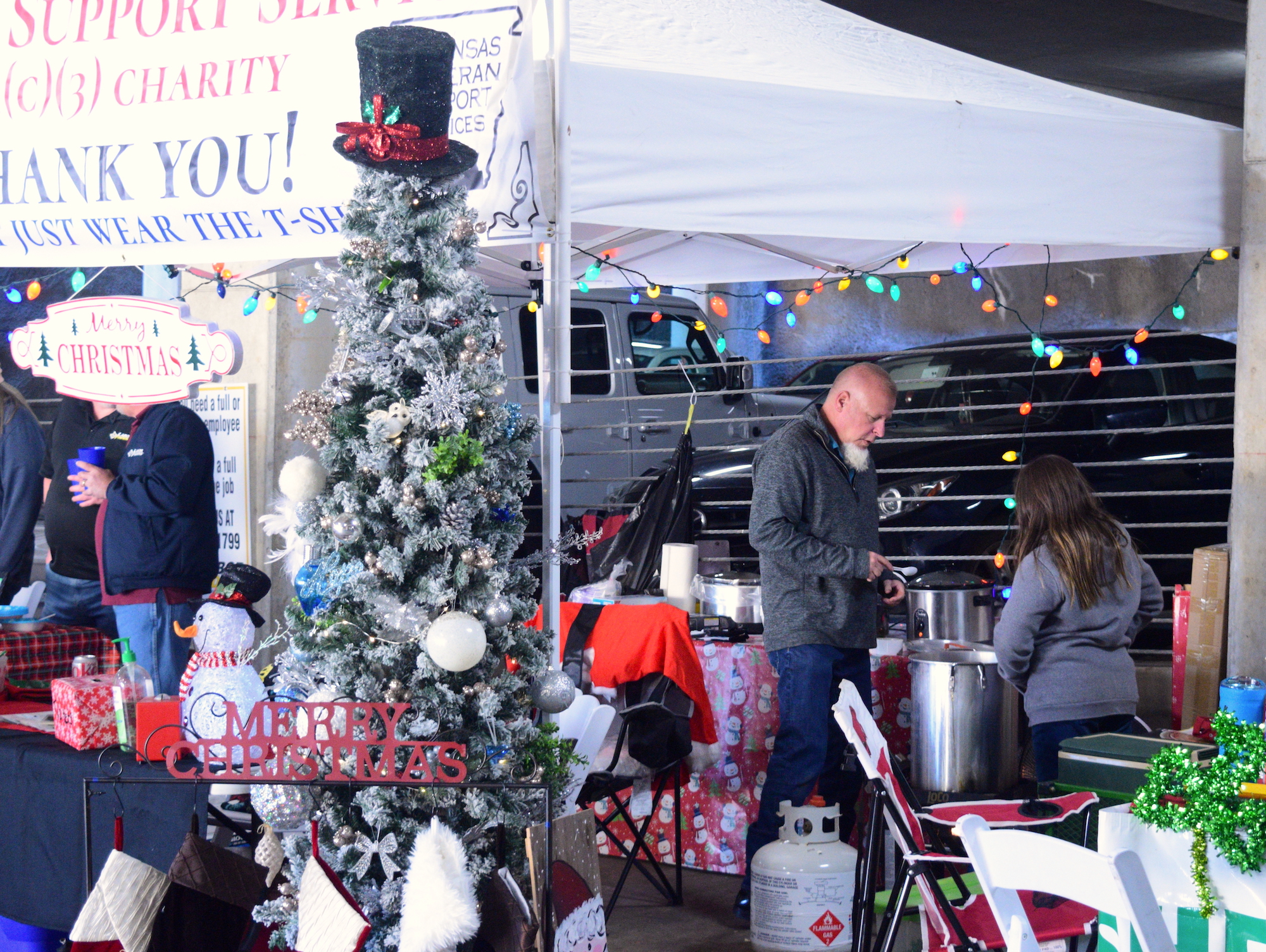 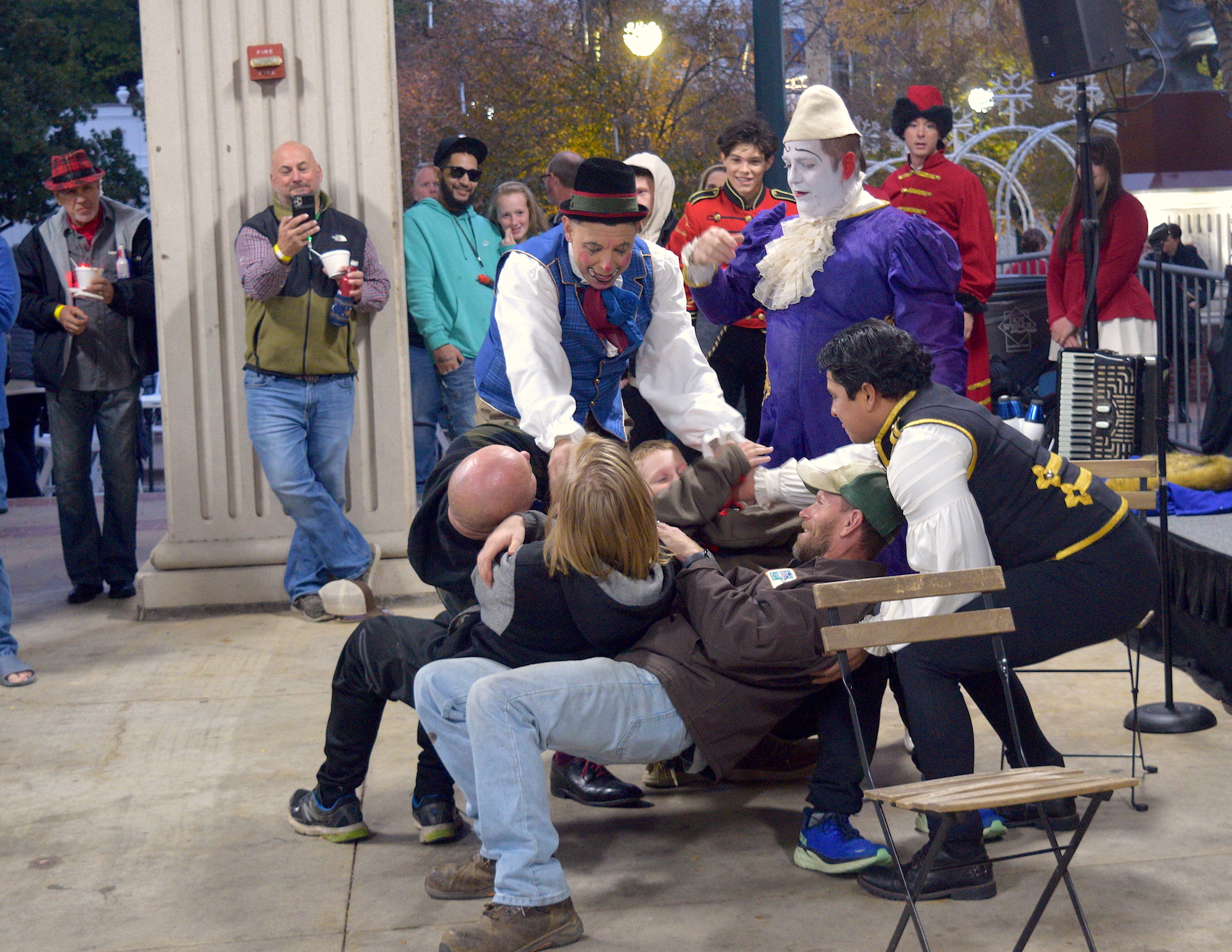