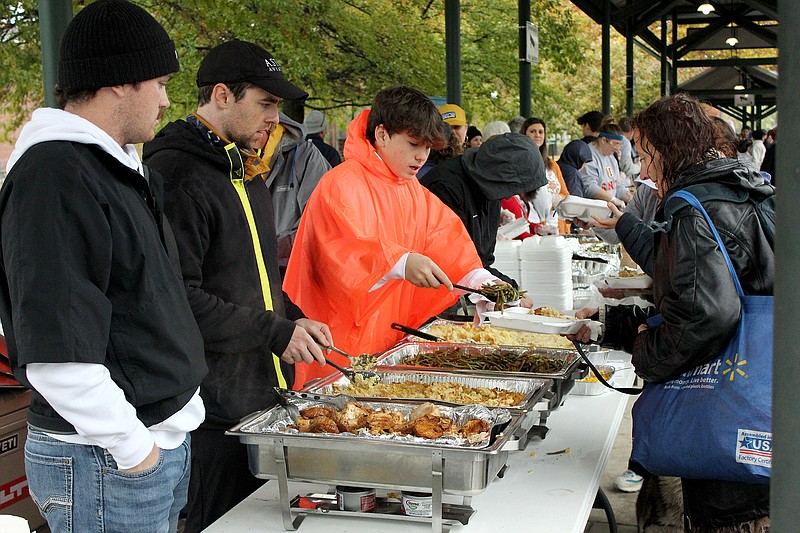 Volunteers serve food during the seventh annual community Thanksgiving meal at Transportation Depot on Thursday. - Photo by James Leigh of The Sentinel-Record

Despite a steady downpour, James Whitten and Grace Church Pastor Lamar Trieschmann said they were pleased with the number of volunteers and the amount of food and clothing that was provided at the seventh annual community Thanksgiving meal at Transportation Depot on Thursday.

Whitten said there were around 120 volunteers that showed up for the event, including a large contingent from Grace Church, which organized this summer and joined in for the meal.

"What a blessing to work with Grace Church and Lamar (Trieschmann) here," he said. "You know, we've had more volunteers this time than ever. I mean, we're starting earlier. I mean, it's come a long way from a guy with a truck and two tables, and I'm just now I'm just so grateful for all the people who have shown up. We're going out to three homeless camps right now and dropping things. We're doing things now that we've never been able to do before. And we really appreciate the help."

Trieschmann praised the foundation that Whitten and other volunteers established over the past several years.

"I think it's been awesome," he said. "James has obviously laid some groundwork here, so us coming in, I didn't want to do something separate from anybody. ... Man, it's been great. You guys are great to work with. Great volunteers, everybody's serving, everybody's helping."

While the event was to provide for the homeless or others wanting a hot meal for Thanksgiving, Trieschmann said it was also to connect with people on a personal level.

"What I love about it is that they're talking to our people," he said. "It's not just about helping them with their needs, but it's actually about a relationship. And that's where James and I are on the same page that, you know, everybody's made in the image of God, and we're all the same. And so that's what I wanted my people to do today is just love these people for who they are as well as help them. And I think that's been a good thing."

Whitten agreed, noting that the volunteers were out in the rain to help others.

"We're standing out in the rain, too, and for a few moments, someone's child is here, and they're standing out in the rain, too," he said. "They're talking to somebody that's living out here, and that's what's going to change the future because things have changed in society. Things aren't the way they were, and coming down here and meeting them where they're at, that's what it's about."

In addition to the hot meal, there were warm clothes and canned food available for those who were needing them.

"That's something we just thought we can do in addition, too," Trieschmann said. "We knew that there was gonna be food there. There were other things we could bring, so we put together toiletry items and bags and clothes. ... So we just thought, let's just bring all this stuff to give away. It's free stuff, and that would be another draw to come to this area." 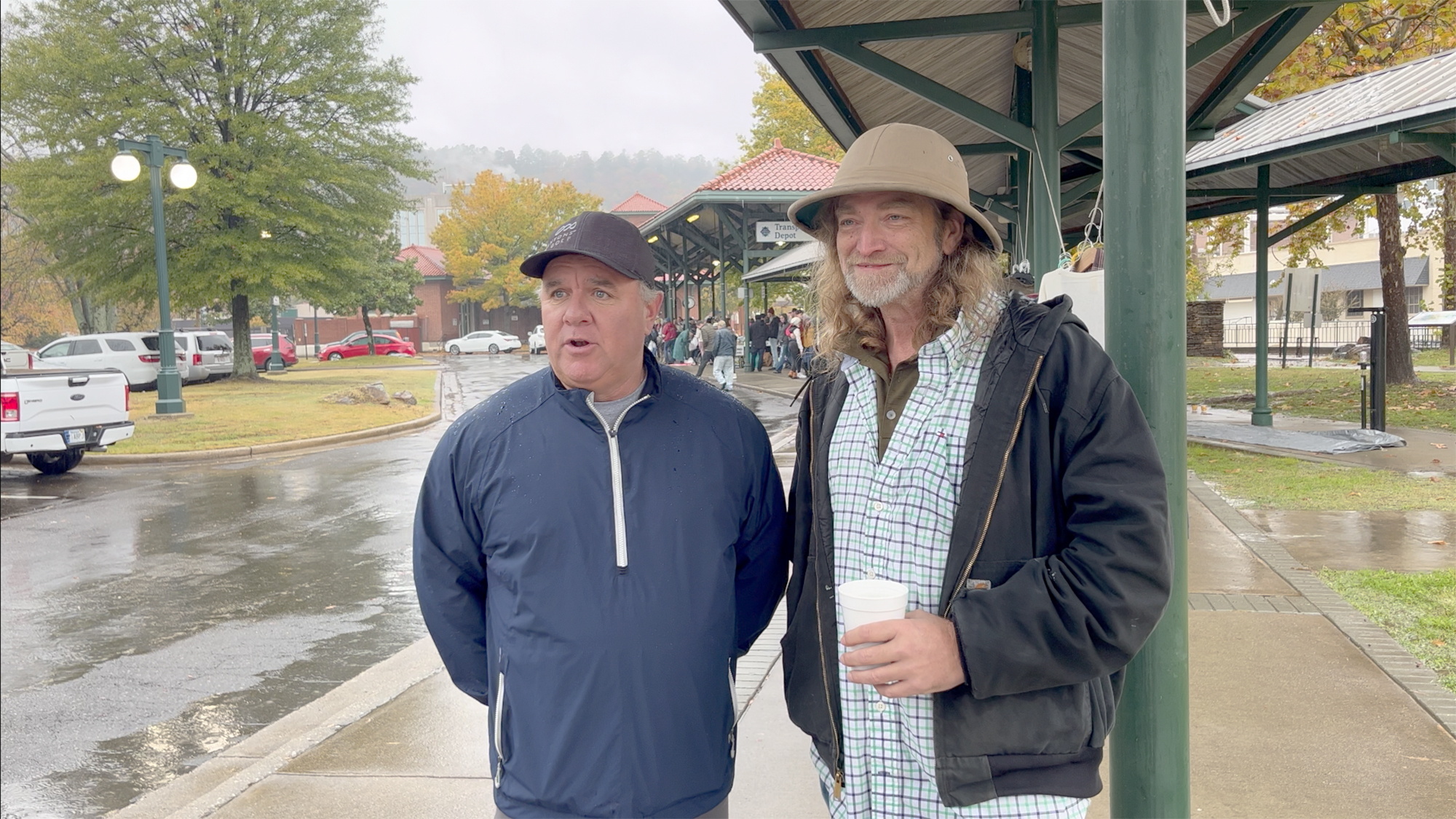