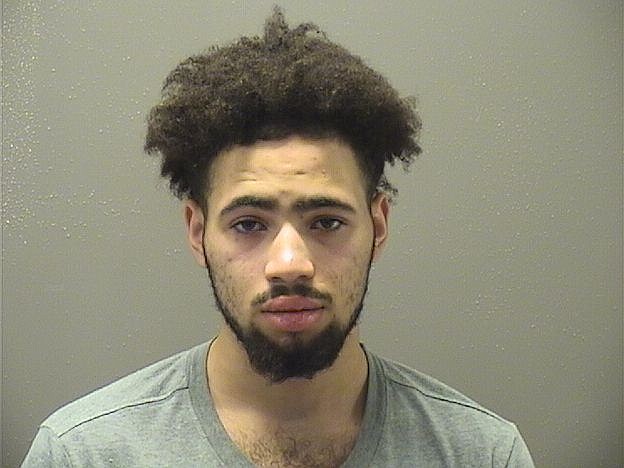 A local teen was arrested on felony and misdemeanor charges early Wednesday after allegedly breaking into vehicles and then fleeing from Hot Springs police.

Michael Lee Stewart, 19, who lists a Leonard Street address, was taken into custody shortly before 3 a.m. and charged with two felony counts of breaking or entering, punishable by up to six years in prison, and misdemeanor counts of fleeing on foot, public intoxication, and possession of a controlled substance, Xanax.

Stewart was being held on a $12,000 bond and is set to appear on Dec. 8 in Garland County District Court. He was previously arrested on July 28 on a felony count of robbery and misdemeanor count of theft of property. He was released on a $5,000 bond on Aug. 3, pleaded not guilty to the charges on Oct. 4 and is set for an omnibus hearing on Dec. 13.

According to the probable cause affidavit, shortly after 2:30 a.m. Wednesday, HSPD Officer 1st Class Shane Lewis responded to the 400 block of West Belding Street regarding two males attempting to gain entry into vehicles.

He saw one Black male matching the description of one of the suspects and made contact with him in the yard of a residence. He had seen the male exiting the passenger side door of a white 2011 Buick that was determined to belong to a man who lived nearby. He noted the male had a black folder with what appeared to be owner's manuals in it.

He had the male stand in front of his headlights and noted he appeared to be intoxicated and was wearing an orange face covering so only his eyes and nose were visible. He ordered the male to get on his knees so he could be detained and he "showed indicators he was going to flee or fight" and kept stalling.

As other officers arrived to assist, the male attempted to flee by shoving past the officers and Lewis deployed his Taser, striking the male near his left shoulder which incapacitated him long enough to be taken into custody.

It was determined the female's vehicle, a 2016 Ford Mustang, which was parked on Oakcliff Street, had been entered. The female was contacted and identified the phone chargers as hers. The items belonging to her and to the owner of the Buick were returned to them at the scene.