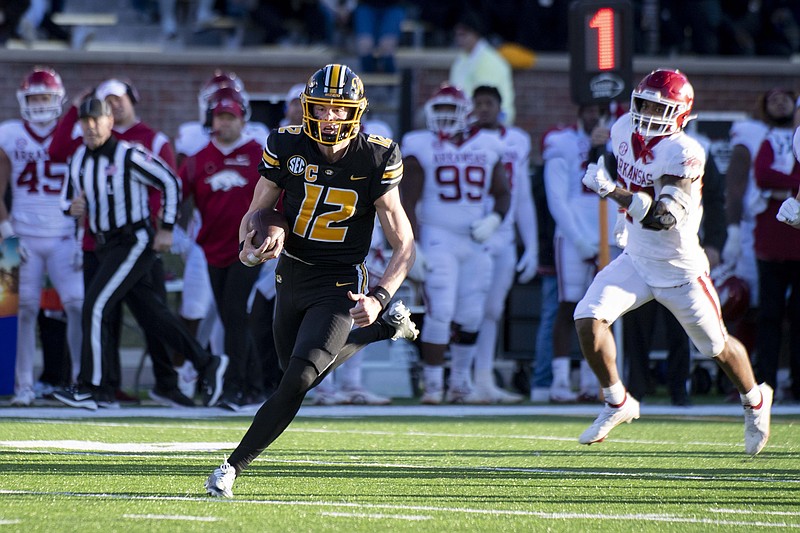 Though bowl eligible for the third time under Pittman, the Razorbacks lost in November to Liberty and LSU at home and for the sixth time in the last seven meetings with Missouri. Arkansas' only win in that stretch came Nov. 19 against Ole Miss in Fayetteville, despite the Razorbacks allowing 703 yards.

A Fayetteville sports writer who covers the Razorbacks on a daily basis said in a column Saturday that "offering up the strength and conditioning coach usually indicates the first in a lot of exits coming soon."

Held to two field goals in the second half, Arkansas "got our butts beat," Pittman said. Quarterback KJ Jefferson was sacked seven times and the Hogs were held to 19 yards rushing in the second half, failing to score a touchdown after reaching the Missouri 2-yard line in the fourth quarter. In the Liberty and LSU games, Arkansas failed to reach the end zone until the fourth quarter and was stopped short of the goal on an attempt for a tying two-point conversion.

Arkansas' bowl assignment will be announced Saturday. The Razorbacks have been linked to the SRS Distribution Las Vegas Bowl Dec. 17 and the TaxAct Texas Bowl Dec. 28 in Houston. Other considerations aside, the Texas Bowl's later date is preferable to Arkansas because of extra practices the Hogs would receive while the Las Vegas game crowds the early national signing date for recruits.